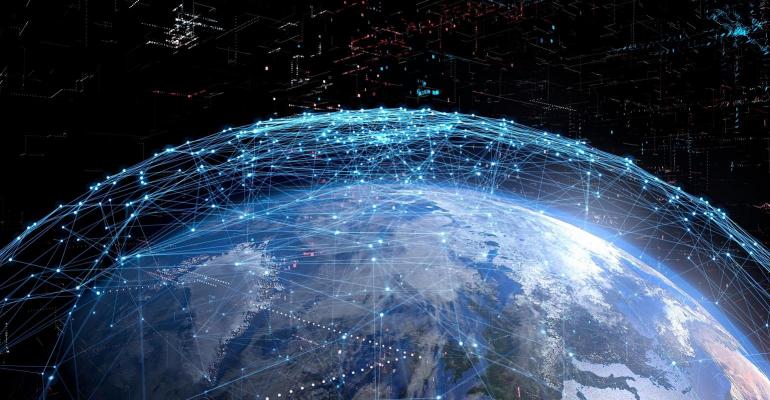 The company is opening new sites and striking deals with internet service providers to help manage a pandemic-related surge in demand for its Azure and Office cloud services.

(Bloomberg) -- Microsoft Corp. said it has increased network and data center capacity, opening new sites and striking deals with internet service providers, to help manage a pandemic-related surge in demand for its Azure and Office cloud services that led some customers to experience outages and slowdowns.

“Throughout the crisis Microsoft and Azure have been focused on prioritizing our most critical customers,” said Mark Russinovich, Microsoft’s chief technology officer for Azure cloud services, in a video posted on the company’s website Tuesday. That meant initially focusing on health care, first responders and government infrastructure, he said. Next the company tried to alter services to cut down on traffic at peak times, shifted workloads to less busy regions and attempted to predict the next surges in usage.

When demand was highest during the pandemic, Microsoft slowed down or turned off nonessential features like one in its Teams chat app that shows users whether the person they are chatting with is composing a reply. Teams also stopped fetching next week’s calendar from Microsoft’s Exchange email and calendar app.

Contributing to some of the problems, Microsoft wasn’t able to purchase enough equipment to expand cloud data centers last quarter because the virus disrupted manufacturing in China, Microsoft Chief Financial Officer Amy Hood said in April. Hood pledged additional spending on data centers and equipment this quarter and said the issues should be resolved by the end of June.

As companies moved to work from home, Microsoft saw a massive increase in use of virtual private network services, which let employees on home computers connect securely to corporate networks — there was a 700% jump in downloads of VPN client software and a 94% increase in connections to Azure VPN, Russinovich said.

Traffic into Microsoft’s networks that connect data center regions to each other and to the outside world spiked 40%, he said. Hackers, sensing an opportunity, became more active and there was a 50% increase in so-called distributed denial of service attacks, which Microsoft said it was able to repel.

Despite the work on boosting capacity, the software giant has seen some cloud service disruptions. Some customers of Teams, the company’s corporate chat product, experienced an outage on June 11, for example. Web site Down Detector reported more than 1,100 complaints that morning related to Teams with much of the issue centered in the U.S. Microsoft confirmed the issue and said it has been fixed.

“We’ve resolved an issue where a limited number of customers may have intermittently been unable to access some Microsoft Teams services in North America,” the company said in an emailed statement last week. Redmond, Washington-based Microsoft didn’t disclose the cause of the outage.

Teams vies with Slack Technologies Inc. and Zoom Video Communications Inc. for corporate customers, a competition that has accelerated as the virus pushes companies toward online meetings. And Azure and larger rival Amazon Web Services are seeing increased demand as remote work speeds up customers’ shift to internet-based computing.

Amazon.com Inc. has used Microsoft’s capacity struggles as a marketing point. In a blog about Amazon’s court battle to overturn Microsoft’s win of a massive U.S. Defense Department cloud-computing contract, Amazon spokesman Drew Herdener took aim at Azure: “Nobody knowledgeable and objective believes they have the better offering. And this has been further underscored by their spotty operational performance during the Covid-19 crisis (and in 2020 YTD).”