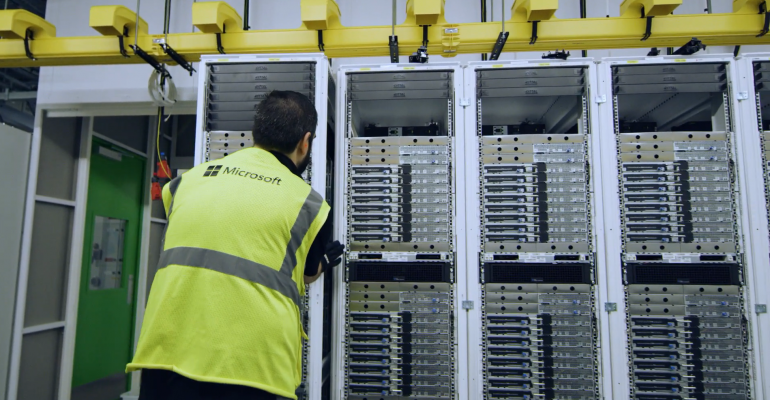 China North 3 will be the first Azure availability region in China to feature multiple zones for high-availability applications.

Microsoft is planning to launch an additional Azure cloud availability region in China, the company’s second new Asian data center region announcement in as many weeks.

Last week the company said it also had an Indonesia Azure region in the works.

Tuesday’s announcement was part of a long list of Microsoft news announced at its annual Ignite conference, taking place this week online.

Another Azure data center-related announcement at Ignite Tuesday was general availability of Azure Resource Mover. Microsoft first announced the feature at last year’s Ignite and started previewing it then. The free feature makes it easier for users to move workloads between different Azure availability regions.

The new Azure China region will enable more customers in the country to use not just Azure cloud services but also things like Office 365, Dynamics 365, and Power BI, the company said.

China North 3 will be the fifth Azure availability region in China and the first in the country to consist of multiple availability zones, or physically separate data centers that can act as backup for one another. That means users will be able to deploy high-availability applications across multiple zones.

Microsoft’s cloud infrastructure today consists of more than 160 data centers around the world, including both Microsoft-owned and leased facilities, according to a company spokesperson.

China’s protectionist policies make it extremely difficult for foreign businesses to operate within its borders. That includes data center providers and cloud platforms, with the latter forced to share control of their business in the country with local players.

Both Azure and Office 365 in China are operated by the domestic data center provider 21Vianet through its subsidiary Shanghai Blue Cloud Technology.

China, and the Asia Pacific region in general, represent a huge growth market for cloud and data center services. Market research firm Structure Research estimates that an average of 2,000MW of data center capacity will be added each year between 2020 and 2025, and that close to 40 percent of that will be in Asia.

China is the largest market in Asia, but doing business there is so difficult for foreign players that the growth in digital services there has benefitted primarily domestic data center providers.

But several other Asian markets are seeing a boom in data center construction, driven mostly by the expansion of American cloud platforms in the region. That includes Indonesia, which is a relatively tiny data center market that’s expected to grow by leaps and bounds in the coming years.