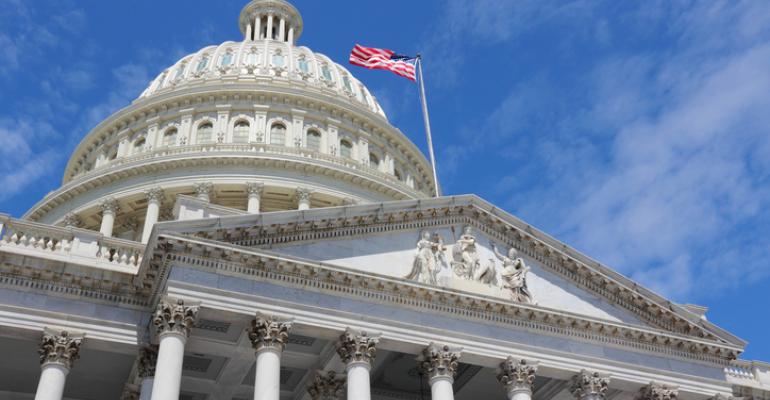 At an event for its public-sector customers in Washington, D.C., Microsoft announced that it will integrate Azure Stack with its government cloud in mid-2018.

As government agencies work to modernize aging IT infrastructure, they are still grappling with how to treat workloads that are too sensitive for the public cloud. This is where Microsoft sees a huge opportunity for hybrid cloud driven by its Azure Stack solution, which brings the experience of public cloud on-premises, and will soon be available for its government cloud customers.

There are three main Azure Stack use cases: edge and disconnected solutions; cloud applications to meet varied regulations; and cloud application model on-premises, according to Daniel Savage, principal PM manager, Microsoft, who spoke during the event on Tuesday.

“Our team spent a lot of time talking to customers, trying to understand what hybrid cloud computing meant to them,” Savage said.

In many of these conversations, compliance is of foremost importance, but so is the need for a consistent experience across public cloud and on-premises deployments of Azure Stack.

For government cloud customers, Azure Stack represents an extension of Azure that can meet the strictest regulations around data sovereignty, supporting workloads that an agency may not feel comfortable putting into Azure Government, Savage said.

“We’ve seen this need where people want this consistent experience between a public cloud and what they can do on-premises,” Microsoft corporate vice president, Azure, Julia White told ITPro Today.

This consistency allows government agencies to hire and use technologies that are broadly available, not niche to the government, which makes it harder to find developers who know it or an ecosystem to support it, she said.

Anyone who has followed the journey to launch Azure Stack knows it hasn't been a straight-line. It started as software-only, which would allow customers to run it on the hardware of their choice. When Microsoft decided to go a different route and partner with a handful of hardware vendors to launch integrated systems, it received backlash from testers who had already started running the beta versions on their own hardware.

“We first started wanting to do just the software only, and then as we started taking it and working with customers they needed it to stay current with Azure – in that case it needed to be an integrated system so we could have tight control and componentry to know exactly how this software is running,” White said.

“There were a lot of people who didn’t think we could pull it off … they were betting against us,” she said.

The first Azure Stack appliances shipped in September as a result of partnerships with Cisco, Lenovo, Dell EMC, and Hewlett Packard Enterprise, who will continue to work with Microsoft to ensure they meet compliance with government requirements. Azure Stack software is updated every month, while firmware is updated by the hardware vendors around twice a year, though that was accelerated through the Spectre/Meltdown patching cycle.

HPE director of product management, HPE Software-Defined and Cloud Group, Aftab Alam said that the multi-year journey to bring Azure Stack to market was not “a straight line from A to B.”

“There were detours along the way and we expected those detours to take place,” Alam said, calling Azure Stack the most complex piece of software he had ever worked on.

“Microsoft came to us a few years ago and said that they were looking at this hybrid cloud,” Alam told ITPro Today. “We worked with them to first understand what they wanted to build and it truly is differentiated in the market. It’s basically taking the best parts of the public cloud and bringing it to a customers’ data center which, being the global company that HPE is, we’ve received tremendous interest for that outside of the U.S.”

Government agencies from within the U.S. as well as internationally, along with service providers and enterprises, have all shown strong interest in Azure Stack.

“Microsoft and HPE launched our first Azure Stack solution towards the tail end of 2017,” Alam said. “We’ve been incredibly impressed with the momentum we’ve seen in the market to date, we are ahead of our internal projections in terms of total number of units and total number of customers shipped.”

Alam said that HPE and Microsoft are still working their way through government use cases, but that most of the initial interest has been from military users who require tactical, ruggedized edge devices.

“The obvious [use cases] are you have government agencies that want the DevOps experience of the public cloud but they don’t want any of their data to leave their premises, and Azure Stack for them is a perfect fit,” Alam said. Another use case – that will require more engineering work from HPE and Microsoft – is around what he calls “truly disconnected scenarios.”

“We have various agencies that are saying they have ships or devices that they ship to a remote site where they can’t guarantee connectivity, and they want to run a private cloud in that fairly hostile environment using Azure Stack,” he said. “The thing that HPE and Microsoft are working our way through now is in those environments there will be ruggedized server requirements, there will be different form factors that will be interesting.”

The edge computing applications support Satya Nadella's vision for Microsoft as a critical player in the connected cloud landscape.

“Everything is going to be a combination of intelligent cloud and intelligent edge coming together and Azure Stack is a powerful edge device that can sit anywhere you need it to be, can run powerful things much more than my phone or my smartwatch. It’s big use case in the military, different outposts or submarines as an example,” White said.