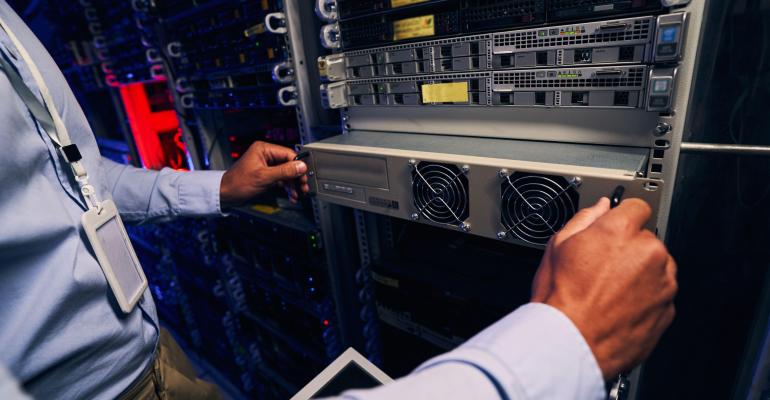 Microsoft expands its cloud server life span from four to six years. We delve into the ways this affects data centers.

Microsoft will extend the life span of its server and network equipment assets in its cloud infrastructure from four to six years, CFO Amy Hood announced in the company’s FY 2022 Q4 earnings call.

According to Hood, investments in software, increased efficiencies in server and network equipment operations, and technological advancements enabled Microsoft to add another two years to the useful life of its servers. As a result, the company estimates $1.1 billion in savings during the first quarter of FY 2023 and a total of $3.7 billion for the entire fiscal year.

Microsoft follows in the footsteps of Google and Amazon, who recently announced life span extensions to their cloud servers. Amazon said its servers will have a useful life of five years while its networking equipment will have six years. Similarly, Google revealed that in 2021, it adjusted the useful life of its servers from three to four years and some of its networking equipment from three to five years, leading to a $2 billion increase in net income and a $2.6 billion reduction in depreciation expenses.

Useful life of data center hardware on the rise

Increasing the useful life of servers is becoming the norm not only for cloud service providers (cloud SPs) but also for data center operators. Omdia’s annual surveys of North American enterprises show an upward trend in the average number of years a server is used, with the 2022 results noting that a server’s useful life at enterprises is now 5.4 years.

So what’s behind this rise? It’s a combination of factors, according to Vladimir Galabov, head of cloud and data center research practice at Omdia. “The COVID-19 pandemic impacted companies’ revenue streams and resulted in a significant pull-back in enterprise IT spending. Enterprises either delayed server refresh or opted to migrate workloads to the cloud to reduce capex and boost their bottom line,” he wrote in the survey report. Additionally, “strong end-user demand amidst a global semiconductor shortage compelled cloud SPs to revisit operational practices.”

The useful life of servers may continue to go up, exceeding five years. “We see an appetite for using servers for six and even seven years at the enterprise if servicing and support can be arranged,” Galabov wrote. “We believe that most end users will not use servers for longer than seven years.”

For data centers, prolonging the life of servers could cut down on complexity. “As a former hyperscale operator, I know firsthand the intense operational impact that hardware lift and shift has and always dreaded the added complexity,” said Sean Farney, executive director of data center strategy and innovation at JLL. “Change is the enemy of availability, so avoiding the complexity of refresh is welcome.”

In terms of security, Farney does not envision any downside to using servers for longer. “In order for life span extension to increase exposure, there would have to be a new and unaddressed vulnerability in old server chipset or hardware revealed, which is less common than many software-based vectors,” he said.

Extending server life could also lower costs. “Data centers will find out that sweating their system assets [for] a couple of extra years will literally be no sweat, at least in terms of hardware durability,” said Corey Donovan, president of Alta Technologies, an enterprise IT hardware distributor. He recommends focusing on component upgrades to fill the years-long gap on hardware refreshes while also enabling clients’ extension plans.

“SMB server managers, when faced with the high costs to rip and replace a server rack, often turn to component upgrades to buy another two to three extra years of capability,” Donovan said. “When combined with ongoing software optimization and OS tuning, a processor and memory upgrade across all systems goes a long way, without blowing up capital expenditures.”

Aside from component upgrades, Galabov wrote that “dynamic workload allocation, new data management, and backup practices will further reduce the criticality of each server. It will act as a booster of the useful life of servers in the long run.”

It’s not just costs that could be saved, but also the time and effort spent on frequent refreshes. “The planning, staffing, and mindful execution of the methods and procedures are painstaking and considerable. Thousands of hours of labor are saved here,” Farney said.

Yet Farney adds that the biggest impact will be on sustainability. “The extension of server useful life is a great example of sustainable operations, changing operational policies and procedures to reduce carbon footprint,” he said. “Obviating hardware refresh reduces carbon impact massively all across the server hardware supply chain, from procurement all the way down to the data center raised floor. This new sustainable operations thinking — continuously improving existing environments, technologies, and procedures — is an incredibly effective, evolutionary way to make material impact.”