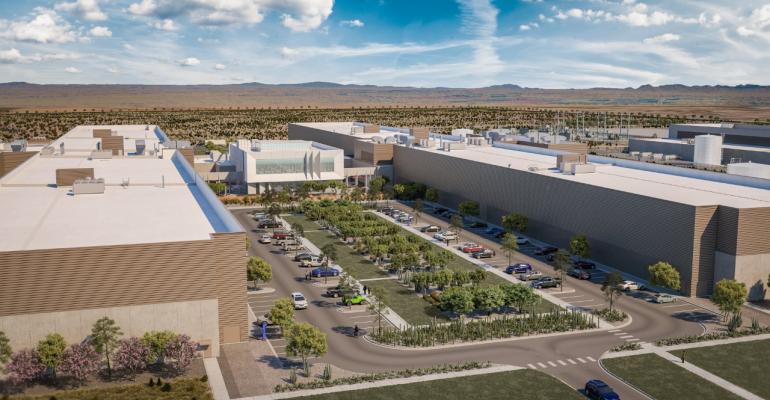 Responding to concerns of local residents and politicians, the company is working to restore regional water supplies.

Meta, the parent company of Facebook, is expanding its data center complex in Mesa, Arizona, nine months after starting its construction.

The campus had its groundbreaking ceremony in August 2021 and will now add another three buildings, reaching a total of 2.5 million square feet. The project increases Meta’s investment in Arizona from $800 million to more than $1 billion.

In response to a history of concerns about the water consumption of the facility – located in a notoriously arid state – Meta acknowledged the need for water sustainability and has partnered with local non-profits to restore water to the surrounding area.

David Williams, community developer manager for Meta, spoke about the benefits of the location: “Mesa has been an exceptional home for Meta, thanks to its excellent access to infrastructure, strong pool of talent, access to new renewable energy resources and great set of community partners, and we’re excited to be expanding our presence here.”

Meta has 10 operational data centers in the US, and another seven in development.

The 21 data centers currently listed on its website are all labeled as being supported by 100% renewable energy – either solar, wind, or water. All of them have been certified as LEED level Gold or higher by the US Green Building Council.

When the Mesa site was announced, the company focused heavily on sustainability. It stated, “We know water is a concern, so we want to make it clear that Facebook is committed to restoring more water than our data center will consume into watersheds in Arizona.”

In the latest announcement, Meta reported that it had restored more than 25 million gallons of water in the Colorado River and Salt River basins to date.

The amount of water necessary to cool Facebook data center campuses in the US (including an “East Coast Leased Data Center Facility”) was 3 million cubic meters (790 million gallons) in 2020, according to the company’s own sustainability report.