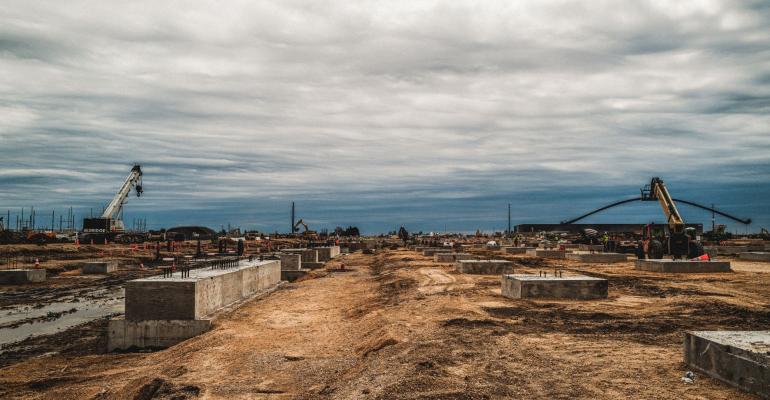 The company is building nearly 2.4 million square feet of data center space at once, in a single location.

Less than two years after announcing a 900,000 square foot data center in DeKalb, Illinois, Meta – the parent company of Facebook – is adding three more buildings to the site, more than doubling its size.

“Everything we talked about in 2020 when we broke ground in DeKalb has continued to be true,” Tom Parnell, communications manager at Meta, told Data Center Knowledge in an email.

“From the infrastructure and access to renewable energy to the strong pool of talent, everything in DeKalb has delivered. We have a great set of community partners that have helped us move this project forward quickly.”

Known as the Barb City, because barbed wire was invented there, DeKalb is an agricultural and manufacturing city of just over 40,000 people, 65 miles west of Chicago. Meta had said in 2020 that the 500-acre site would eventually house five buildings.

The two buildings from the original announcement are still under construction and about 75% complete, Parnell said. With the expansion, the buildings will comprise nearly 2.4 million square feet of data center space, with an investment of more than $1 billion supporting more than 200 operational jobs.

Like many states, Illinois implemented a tax break in 2019 on equipment used in data centers to encourage companies to site them there, but Meta has said it is not taking advantage of this, though it is still getting a break on property taxes.

When first announced, Meta had touted the data center’s use of 100% renewable energy and said the buildings would receive Leadership in Energy and Environmental Design (LEED) Gold certification for construction sustainability. The company is now upping the sustainability ante by using what it described as a lower-carbon version of concrete.

In collaboration with researchers at the University of Illinois at Urbana-Champaign, as well as with the Massachusetts Institute of Technology and IBM’s Watson division, Meta is using artificial intelligence to find materials that can substitute for cement in concrete – which the company said accounts for approximately 8% of carbon emissions globally – while still maintaining the strength of concrete.

That model generated a list of potential formulas, from which Meta selected the five best options that were then further refined to be used in the real world through an iterative process. “This process was repeated until we identified formulas that could be handled and poured easily, while also exceeding requirements for seven-day and 28-day strength with a 40% reduction in emissions,” the company said.

Meta also announced that DeKalb will now be eligible for its Community Action Grants program, which awards funds to nonprofit organizations for projects involving technology, such as for local science, technology, engineering, and math education.