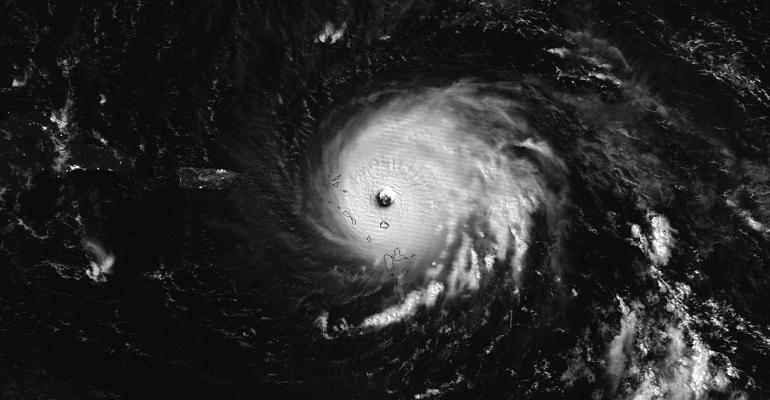 Use a Data Center in Irma's Path? Here's How Not to Lose Your Data

You can't predict a data center outage, but you can prevent one from killing your apps or causing you to lose data.

As a massive clean-up effort continues in Texas from Hurricane Harvey—expected to be the second most costly storm in the US behind Hurricane Katrina with total losses between $45 billion and $65 billion—residents and businesses, including data center operators, in Florida are bracing for yet another cruel blow by Mother Nature.

Now a Category 5 storm with sustained winds of 175 mph, Irma is expected to make landfall in Florida late this weekend after ramming the Leeward Islands in the West Indies, according to the National Weather Service. The Caribbean and all of the Sunshine State are now under a state of emergency.

Forecasters fear the worst, saying total losses from Irma could exceed those suffered at the hands of Katrina.

Only time will tell if data centers in Florida come out as unscathed as those in Texas. While more than 100,000 homes and businesses in the Houston area lost power as a result of Hurricane Harvey, torrential downpours and flooding, data centers in the area did not get flooded and were largely spared major utility power interruptions.

While one of the major data center providers, CyrusOne, switched to on-site generator power at one point, that appeared to be the only adjustment needed by the four companies with data centers in the area.

Equinix, Data Foundry, Digital Realty Trust, Internap, and Netrality all reported that their Houston data centers had not experienced any service interruptions.

If you have equipment in one or more data centers in Irma's path, Rick Vanover, a disaster recovery and data center availability expert at Veeam, has some tips for you:

Keep your people safe: Disaster recovery planning includes life and safety. Don’t put yourself or others in danger to save machines or data. Irma is an extremely dangerous storm, and no data is worth losing lives.

Ensure you are following the 3-2-1 rule: Ideally, make sure you have three copies of data, on at least two different kinds of media (tape, disk, cloud, etc.), with at least one copy offsite.

10 miles away is not enough: Standard practice has said that keeping a copy at least 10 miles away is enough. When facing mega-storms like Harvey or Irma, that’s not nearly enough. I recommend copies be at least 100 miles apart, which, thanks to the cloud, is no longer an insurmountable goal for smaller companies.

Double-check that your backups will recover properly: If you don’t already automatically test backups for recoverability, start spot testing immediately. Backups won’t do you any good if you can’t recover from them, and a significant percentage of backups contain errors that will prevent recovery.

Check in with your service providers on their DR plans: Monitor your cloud and service provider technologies closely and contact them to ensure they also adhere to the 3-2-1 rule.

According to datacentermap.com, there are about 100 colocation data centers spread over 14 regions in Florida. Many were built to withstand natural disasters. They include:

Equinix - NAP of the Americas in Miami: The 750,000-square foot NAP of the Americas is one of several Equinix data centers in the region. It houses about 160 carriers and acts as the primary interconnection hub for networks that carry traffic between North America and Latin America.

QTS - Miami Data Center: With 30,000 of enclosed space, this Category 5-rated facility is designed to withstand flood damage and carries a wind rating of 185 MPH.

CoreSite - Miami Data Center (MI1): CoreSite’s Miami data center (MI1) provides direct connectivity from the US to South America, as well as existing and scalable connectivity to NAP of the Americas. Built to withstand a Category 5 hurricane, CoreSite’s Miami colocation facility is comprised of a diverse community of customers, including enterprises, domestic and international carriers, CDNs, cloud computing and IT service providers.