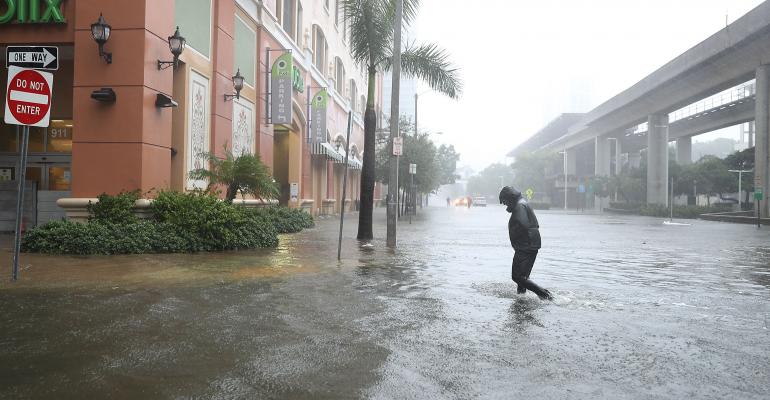 Both companies supporting customers, but operations not expected to return to normal for days

Hurricane Irma snaked its way up the Florida peninsula this past weekend tracking a path that impacted operations at some of the managed service provider (MSP) industry’s biggest players.

As the sun rose this morning on The Sunshine State, employees at Kaseyaand ConnectWise were assessing the damage, and executing contingency operations plans.

Meanwhile, officials at Autotask decided the storm delivered a soft enough glancing blow that its annual partner conference next week in Hollywood, Fla., will proceed as scheduled.

But while damage from Irma was generally less than expected, both Kaseya and ConnectWise expect it’ll take a couple of days for operations to return to normal.

“Kaseya from an operations perspective is ‘open for business’ and continues to support our customers,” said Taunia Kipp, Kaseya’s global senior vice president of marketing.

Street flooding in the area was the subject of T.V. news live shots, but it was wind and debris that might have impacted the toolset vendor’s third- and fourth-floor facilities.

“We have heard a report of a broken window in our Miami office,” Kipp said, adding that they won't know for sure until they can gain access to the building.

Another 30 or so sales employees work out of Kaseya’s Tampa location, which remained without power today.

All of the company’s Florida employees are safe and accounted for, and those with power and Internet service were working remotely, at least through Tuesday.

The Miami office is home to the bulk of Kaseya’s Customer Success operation, which includes account management, professional services, billing and – most importantly – customer support.

“Luckily, we had enough notice prior to the storm that we were able to put contingencies in place to reroute support and Customer Success functions to non-impacted areas and this plan will remain in place until those two office locations recover so that our customers will see minimal disruption in service,” Kipp said. “We have approximately 2,000 customers between the states of Florida and Texas and are doing everything we can to help those customers get their businesses back up and running and to maintain business continuity.”

In addition, CEO Fred Voccola has directed Kaseya’s human resources department to engage a team of employee assistance specialists who will help the company’s workers in a variety of ways to get their lives back to normal.

About 280 miles west and up the Gulf Coast – where storm damage was more severe – officials at ConnectWise’s Tampa headquarters were working to get operations back to normal amid widespread power and Internet outages.

A company statement warned partners of the possibility of longer-than-usual response times in the immediate aftermath of Irma.

“We have geographically dispersed cloud solutions (Amazon AWS and Azure) around the world ensuring your data remains safe,” ConnectWise told partners. “Teams across multiple locations globally are being brought online to ensure support and service for our partners during this time.”

In Tampa, too, there was relief that things weren’t much worse.

“We consider ourselves fortunate that Hurricane Irma didn't hit us as bad as predicted,” a ConnectWise spokeswoman said in an email to MSPmentor.

“We are now working on getting our Tampa colleagues back to business as usual,” the statement added. “Any disruptions to support or increased wait times our partners may have experienced should improve over the next couple days as we recover all operations to normal.”

Back in South Florida, the more westerly route of the hurricane means the Autotask Community Live partner conference scheduled to begin Sunday won’t be impacted.

“The Diplomat Resort is in Hollywood, Fla., and north of the metro Miami area,” Autotask said in an email. “We are fortunate that this area was less impacted by the storm, and there have been reports of only minimal damage.”

“The property does remain closed until Wednesday, which may impact attendees planning to arrive before the weekend,” the statement went on. “We do expect the hotel and nearby airports to be fully operational later this week, and recommend attendees book air travel into the Fort Lauderdale-Hollywood International Airport (FLL).”