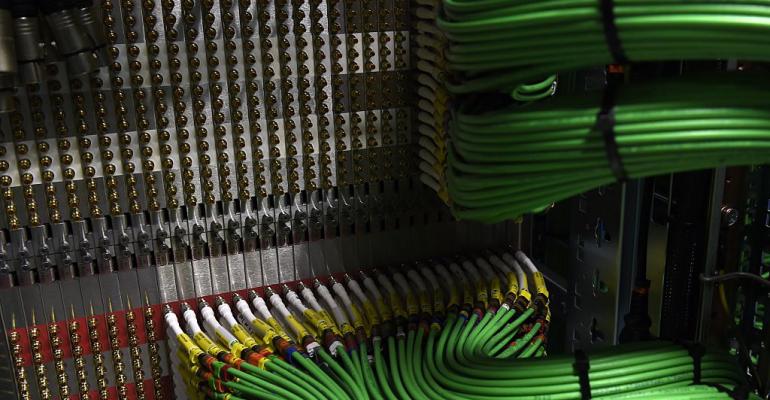 “Our mainframe is literally over 30 years old. It’s very difficult to program, it doesn’t do much. COBOL programmers are somewhat scarce.”

Ian King (Bloomberg) -- The Covid-19 pandemic has exposed aging, inflexible computer systems at the heart of the U.S. economy -- and a shortage of experts to fix the problem. This is slowing the government’s effort to get billions of dollars in stimulus checks to millions of newly unemployed citizens.

The $2.2 trillion CARES Act passed in late March includes a $600 weekly increase in unemployment benefits. That money won’t reach anyone until state agencies update technology systems to reflect the law and handle the flood of new applications.

Oklahoma is trying to implement CARES as quickly as it can, but some claims are taking as long as two weeks to process because of a mainframe computer that runs on a 60-year-old programming language called COBOL.

“It is the largest issue with regards to implementation in the CARES program,” said Robin Roberson, executive director of the Oklahoma Employment Security Commission. “Our mainframe is literally over 30 years old. It’s very difficult to program, it doesn’t do much. COBOL programmers are somewhat scarce.”

Roberson started her job nine weeks ago with a mandate to upgrade the system, but the pandemic hit before any real progress was made. Other agencies in Oklahoma and beyond are suffering from similar problems, she said.

The Connecticut Department of Labor is telling people to be patient as it works with experts to update COBOL code to implement the government relief program. New Jersey Governor Phil Murphy appealed for COBOL programmers to help the state with its computers earlier this month.

This talent shortage has been building for years through a combination of techno-snobbery, limited formal training, an aging pool of experts, and a lack of employers willing to pay up for the few people who are still willing to do the work.

“It’s a disaster,” said Mahmoud Ezzeldin, 75, who worked for decades on COBOL computer systems for insurer Blue Cross Blue Shield and the Internal Revenue Service. “COBOL is difficult to learn and was not designed for the internet. College graduates like to learn something easier. I cannot blame them.”

Ezzeldin, who lives near Washington D.C., is willing to volunteer to help ease the CARES computing crunch. But he’s retired. That’s a familiar tale. The average COBOL programmer is over 60, Gartner Inc. estimates. When the research firm counted in 2004, it found 2 million experts in the language and estimated that number was falling 5% a year. That compares with about 25 million software developers in total, according to UBS.

Usually, the technology industry adjusts when demand for a programming language outstrips the supply of capable coders. Computer science courses have multiplied at colleges in recent years, and there are coding boot camps that quickly train people in Java, Python and other languages. But COBOL is different.

The Common Business Oriented Language emerged at the end of the 1950s, before computer science was taught at universities. Without the embrace of academia, many COBOL programmers learned on the job at government agencies and in fields such as insurance, banking and airline reservations. They’re considered the blue collar workers of the tech industry.

“I cannot really recommend current students study COBOL. All the work would be maintenance and wouldn’t be very inspiring,” said Gio Wiederhold, a retired professor from Stanford University, which educates thousands of computer scientists who go on to work at Silicon Valley tech giants such as Apple Inc., Facebook Inc. and Google. Wiederhold said Stanford never taught COBOL from the time he moved there in 1979.

There are 240 billion lines of COBOL code still being used, according to Phil Teplitzky, chief technology officer of HP Marin Group LLC, which helps companies make better use of old computing systems.

There’s little documentation explaining how these systems were built decades ago, so government agencies and companies often relied on programmers remembering how it was done -- COBOL “folklore,” Teplitzky calls it. Many of these experts aren’t around anymore, and now that the CARES Act requires major code changes, few people know how to do it, he said.

The way old COBOL code was written also makes it hard to update. Modern computing languages break programs into chunks, each with a specific purpose. COBOL programmers often weaved everything together, which means code changes can damage or disable other parts of the program. This phenomenon, known as spaghetti code, is more of an issue than any inherent difficulty in learning the language. But it makes the work hard and time-consuming.

Most of the mainframe computers that run COBOL are made by International Business Machines Corp. The company has been trying to help customers find COBOL experts and convince new trainees to take over for years. Last week, it announced a new training course to teach COBOL to beginners and refresh experienced professionals.

“A light is being shined on the fact that there are some critical systems that may not have been focused on,” said Barry Baker, an IBM vice president. “It’s a case of selling COBOL and older technology to kids as a means to work on stuff that makes a difference. This is stuff that matters.”

Gartner analyst Thomas Klinect thinks companies and other organizations must do a better job recruiting people to keep these machines running. That includes paying more.

“If you look at the postings, they have been entry-level positions which needed 20 years of experience,” he said. “They wanted to pay you $35,000.”

Chuck Robbins, the 53-year-old chief executive officer of Cisco Systems Inc., said he started his career as a COBOL programmer for the predecessor of Bank of America.

“The good news is that, as I recall, COBOL wasn’t one of the more difficult languages,” he said. “I’m sure some of these younger kids could figure it out.”