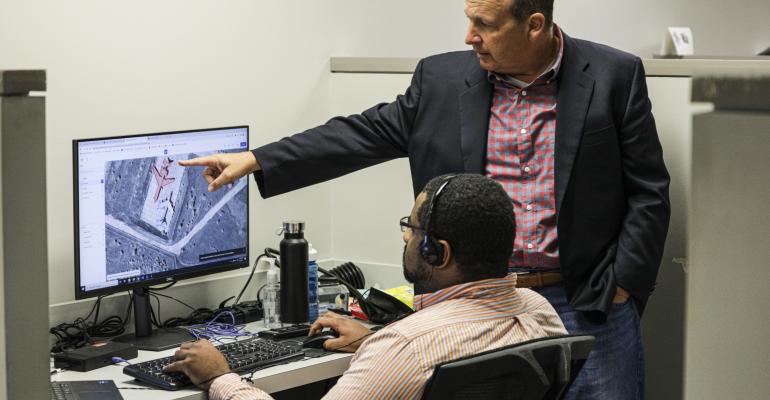 Bloomberg
Enabled Intelligence CEO Peter Kant, standing, was inspired to start the company after reading about an Israeli program to recruit people with autism for cyberintelligence work
Design>Machine Learning

Neurodiversity Emerges as a Skill in Artificial Intelligence Work

Jordan Wright has gone from grocery bagger to inspecting satellite photos — and he's not alone. Research indicates workers on the autism spectrum exhibit the ability to parse large data sets and identify patterns quickly and effectively.

(Bloomberg) -- Staring closely at the screen, Jordan Wright deftly picks out a barely distinguishable shape with his mouse, bringing to life a stark blue outline from a blur of overexposed features.

It’s a process similar to the automated tests that teach computers to distinguish humans from machines, by asking someone to identify traffic lights or stop signs in a picture known as a Captcha.

Only in Wright’s case, the shape turns out to be of a Tupolev Tu-160, a supersonic strategic heavy bomber, parked on a Russian base. The outline — one of hundreds a day he picks out from satellite images — is training an algorithm so a US intelligence agency can locate and identify Moscow’s firepower in an automated flash.

It’s become a run-of-the-mill task for the 25-year-old, who describes himself as on the autism spectrum. Starting in the spring, Wright began working at Enabled Intelligence, a Virginia-based startup that works largely for US intelligence and other federal agencies. Founded in 2020, it specializes in labeling, training and testing the sensitive digital data on which artificial intelligence depends. 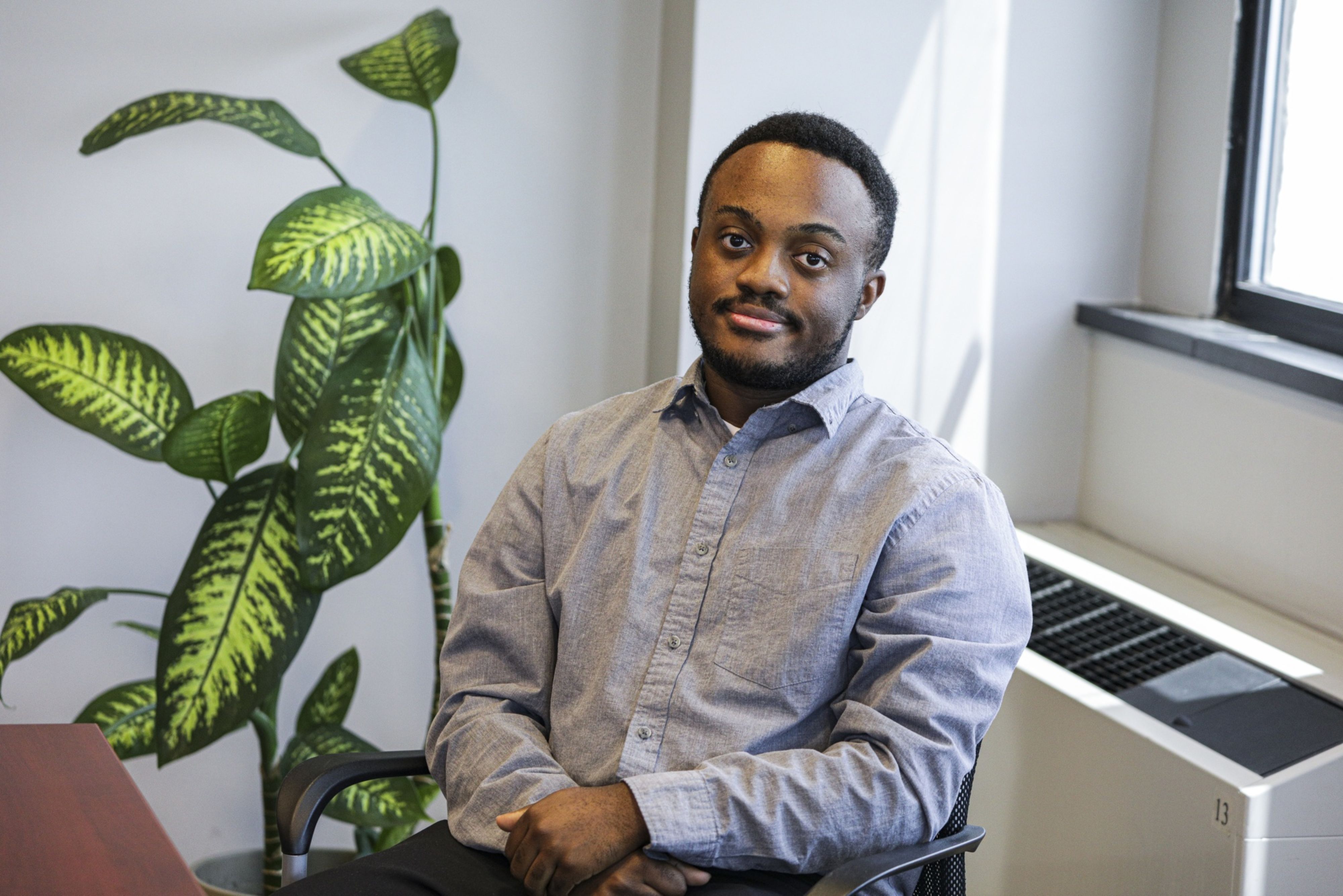 Wright works at the Virginia-based startup that utilizes a workforce described as “neurodiverse.”

Peter Kant, chief executive officer of Enabled Intelligence, said he was inspired to start the company after reading about an Israeli program to recruit people with autism for cyber-intelligence work. The repetitive, detailed work of training artificial intelligence algorithms relies on pattern recognition, puzzle-solving and deep focus that is sometimes a particular strength of autistic workers, he said.

Enabled Intelligence’s main type of work, known as data annotation, is usually farmed out to technically skilled but far cheaper labor forces in countries including China, Kenya and Malaysia. That’s not an option for US government agencies whose data is sensitive or classified, Kant said, adding that more than half his workforce of 25 are “neurodiverse.”

“I can easily say this is the best opportunity I've got in my life,” said Wright, who grew up with an infatuation for military aviation, dropped out of college and has since experienced long stints of unemployment in between poorly paid work. Most recently, he bagged frozen groceries.

For decades, workers with developmental disabilities, especially autism, have faced discrimination and disproportionately high unemployment levels. A large shortfall in cybersecurity jobs, along with a new push for workplace acceptance and flexibility — in part spurred by the Covid-19 pandemic — has started to focus attention on the abilities of people who think and work differently.

Enabled Intelligence has adjusted its work rules to accommodate its employees, ditching resumes and interviews for online assessments and staggering work hours for those who find it hard to get in early. It has built three new areas for classified material and hopes to secure government clearances for much of its neurodiverse workforce — something the US intelligence community has sometimes struggled to accommodate in the past. Pay starts at $20 an hour, in line with industry standards, and the company provides health insurance, paid leave and a path for promotion. Enabled Intelligence expects to make revenues of $2 million this year and double that next year, along with doubling its workforce.

The US intelligence community has been slow to catch on to the opportunity, critics say. It falls short of the 12% federal target for workforce representation of persons with disabilities, according to the latest statistics out this month. Until this year, it has also regularly fallen short of the 2% federal target for persons with targeted disabilities, which include those with autism.

“In other countries it’s old hat,” said Teresa Thomas, program lead for neurodiverse talent enablement at MITRE, which operates federally funded research and development centers. She cites well established programs in Denmark, Israel, the UK and Australia, where one state recently appointed a minister for autism.

Thomas has recently spearheaded a new neurodiverse federal workforce pilot to establish a template for the US government to hire and support autistic workers, but so far only one of the country’s 18 intelligence agencies, the National Geospatial-Intelligence Agency, known as NGA, has participated. Now the federal government’s cyberdefense agency, the Cybersecurity and Infrastructure Security Agency, intends to undertake a similar pilot.

Stephanie La Rue, chief of diversity, equity and inclusion for the Office of the Director of National Intelligence, told Bloomberg the US intelligence community needs to acknowledge that it’s “not where we need to be” when it comes to employing people with disabilities.

“It’s like turning the Titanic,” said La Rue, adding that NGA’s four-person pilot would be reviewed and shared with the wider intelligence community as a “promising practice.” “Change is going to be incremental.”

Research indicated that neurodiverse intelligence officers on the autism spectrum exhibit the ability to parse large data sets and identify patterns and trends “at rates that far exceed folks who are not autistic” and were less prone to cognitive bias, La Rue said. Yet securing a clearance to access classified information can still present an additional challenge, according to some observers.

Enabled Intelligence CEO Peter Kant, standing, was inspired to start the company after reading about an Israeli program to recruit people with autism for cyberintelligence work Photographer: Valerie Plesch/Bloomberg

If an office wall board at Enabled Intelligence is any indication, experiences vary. There, 18 anonymous handwritten notes answer the question: “What does neurodiversity mean to you?”

“Difficult. Trying. It’s held me back a lot,” says one in an uncertain script. “Strength,” answers a second in careful cursive. A third, in capital letters, declares: “SUPERPOWERS.”