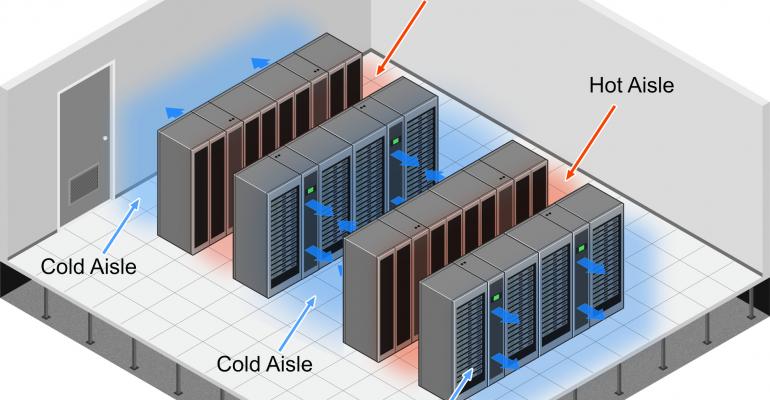 This spring, ST Telemedia Global Data Centres launched a pilot to see whether an AI-based system could reduce energy use of the cooling system in one of its Singapore data centers by managing it more efficiently than human facilities engineers could.

And the pilot has already produced some promising early results, Daniel Pointon, STT GDC’s CTO, recently told DCK. The cooling system stands to use about 10 percent less energy than before, according to initial modeling.

That’s “pretty substantial, given that we are not asking customers to shut down servers or use less power,” Pointon said. “We are just doing the same job more efficiently.”

It becomes a lot more substantial if you consider STT GDC’s scale and the potential for energy savings if a similar solution is deployed across its entire portfolio. The Singapore-based colocation provider, a subsidiary of the investment company ST Telemedia, says it operates 130 data centers in Asia and the UK.

Related: Not Just for Google: ML-Assisted Data Center Cooling You Can Do Today

The pilot to test AI’s potential in data center cooling management is part of STT GDC’s broader pledge to reduce its overall carbon footprint and become carbon-neutral by 2030. Pushed to a substantial degree by their largest customers who have made ambitions carbon-reduction pledges of their own, more and more specialist data center providers have been taking bolder steps than before to address their carbon footprint.

It’s very early days for AI in data center management. Few have tried it, but the most famous example is Google’s use of AI algorithms developed by its DeepMind subsidiary to manage cooling systems in its hyperscale computing facilities. A Google executive told us in 2018 that the approach resulted in a 30 percent reduction in energy use by data center cooling systems.

Cooling is just the start of STT GDC’s experimentation with AI. Pointon expects the company to investigate using AI for predictive maintenance, capacity management, security analytics, and automating business processes in the future.

STT GDC hired the Swiss industrial automation giant to conduct the pilot in Singapore over a 12-month period. In the first phase of the pilot, ABB is gathering data, building the AI model, and developing the control logic, Pointon said.

The colocation provider previously installed thousands of sensors measuring different aspects of its cooling systems, including temperature, humidity, and airflow throughout its data centers – in front of racks, in the ductwork, and on the rooftop. There are also sensors measuring energy use by each component of the cooling system.

“All those sensors give us a great opportunity to really harness the power of AI and to make meaningful use of all that information and to help us make operational decisions about the way we should operate various pieces of equipment for optimal outcomes,” he said.

Not Handing Cooling Management Over to AI Just Yet

“For example, it can make slight adjustments to the speed the pumps run and how much water we push around, or slight adjustments to fan speeds in our cooling towers or inside our CRAC units,” Pointon explained. “Those combinations of a lot of small adjustments over a big system and making those adjustments dynamically in real time based on changing situations [can] unlock savings.”

In the second phase of the pilot ABB will run the AI model at the Singapore data center. STT GDC won’t let the system adjust set points automatically. The data center’s managers will analyze the suggestions from AI and manually make changes during the pilot, Pointon said.

“We are not going to let it loose right away and put all the faith that this pilot can run our business for us,” he said. “We will look at the control suggestions that AI makes and then we will put a human lens on top of that to see [whether it] make sense, or will that cause us to trip up on our other objectives like reliability? And then [we will] go execute some of those more meaningful suggestions.”

If the pilot is successful, the next step would be deployment of the AI technology throughout STT GDC’s data centers, located in China, India, the UK, Singapore, Indonesia, Thailand, and South Korea. Over time AI could become more integrated into data center operations and go from simply making suggestions to automatically running the systems, Pointon said.

For now, he doesn’t want to get ahead of himself and wants to see the results of the pilot first.

“As well as looking at the energy side of it, we’ve got to use this pilot to make some judgments [such as], what does this mean for reliability, costs, and our service levels for our customers. I don’t want to prejudge the outcome. We are going to finish this pilot. But it’s looking really positive.”