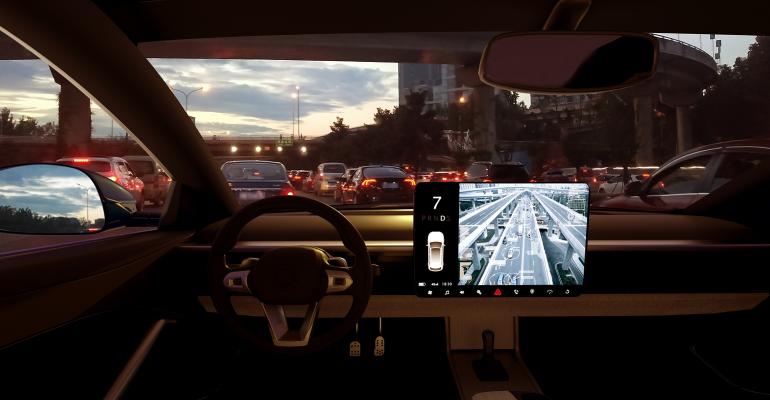 Things have gotten quieter around self-driving cars and aircraft, but there is still movement in the sector—and the advances have value in the enterprise.

A fatal collision involving a self-driving car cooled some of the excitement around the emerging field of autonomous vehicles and their potential for the enterprise. And in the skies, the contentious relationship between the FAA and drones, autonomous and otherwise, continues.

However, while the news around autonomous driving has quieted some, the work is continuing, says Avani Desai, president of Schellman & Company, where she focuses on IT.

“The race to get a real autonomous car still is going on to reach that 100% level of autonomy,” Desai said. “Audi, Google and Mercedes all have prototypes that are out … [and] we are seeing the level of autonomy increasing in every iteration.”

That race has enterprise potential for deliveries and shipments –– something that might seem especially valuable right now, given the havoc the ongoing novel coronavirus pandemic is playing on supply chains.

But the potential benefits for the enterprise extend beyond those tied directly to getting goods to customers. Construction, infrastructure, healthcare and energy can all be impacted.

The field might seem new to many of us, but the reality is that autonomous vehicles have been in the works for decades. By 1958, GM had created a prototype autonomous vehicle, though of course the technology –– and potential –– has changed significantly since then.

Read on for updates on key developments in autonomous driving for the enterprise.

LiDAR (Light Detection and Ranging), which measures distance to an object by illuminating the object with laser light and measuring the reflected light with a sensor, has been adopted by many autonomous vehicle developers and has been used successfully in other transportation sectors for decades. New advancements and the ability to reduce the size of equipment have changed the field.

The tech is best for mapping technology and radar replacement, among other functions. But getting various sensors to work well together in a cost-efficient way continues to be a challenge.

Another area of advancement in autonomous driving is sensor cleaning, Desai said. “The sensor is what is going to provide the vehicle data of what is ahead, on the side and behind,” she said. “If these sensors get dirty, the data will not read appropriately, decreasing sensor performance.” Work on this is being done by a German valve manufacturer, she said.

Sensors are just one part of the autonomous vehicle industry that both presents challenges and offers potential. But there is still optimism about the future of the tech –– a Morgan Stanley research paper predicted that autonomous aircraft alone could be a $1.5 trillion market by 2040.

It may turn out that the ongoing COVID-19 pandemic will drive further investment in automation, including transportation, says Alyssa Simpson Rochwerger, vice president of data and AI at Appen.

“Contactless delivery is a new trend, with restaurants and stores getting creative to deliver goods to customers with as little human contact as possible, a growing consideration during our current global pandemic,” Simpson Rochwerger said. Companies from small businesses trying to start apart from the crowd to larger companies like Domino’s could start investing more in robotic automation, including delivery options, she said.

“Autonomous delivery services like Nuro could also see an uptick in business, possibly even beyond food delivery to enterprise transport use cases like supply chain and inventory management,” Simpson Rochwerger said. “Additionally, regulators may be more open to accelerating ways to make it easy for these types of services to scale.”