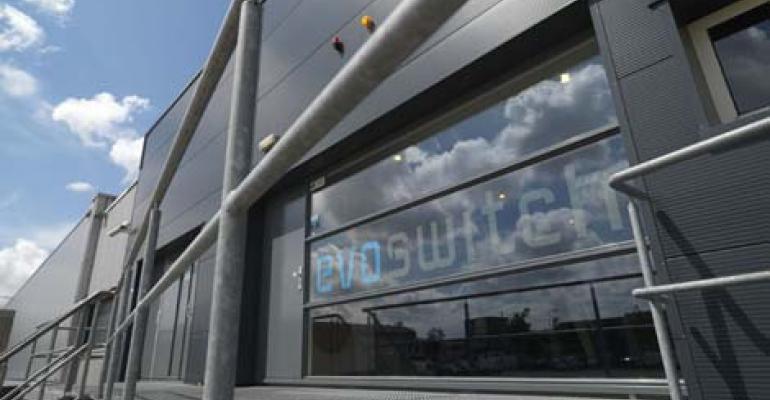 The entrance to EvoSwitch, a "climate neutral" data center near Amsterdam.
Companies>Iron Mountain

Netherlands location will be US company's second in Europe, following London

Boston-based storage and information management services company Iron Mountain this week announced acquisition of the EvoSwitch Neverlands data center business for $235 million. The deal gives it a presence in Metropolitan Region Amsterdam (MRA), one of Europe's most important data center markets, strengthening its play across FLAP, the acronym for top European markets of Frankfurt, London, Amsterdam, and Paris. The company began its international expansion earlier this year, when it acquired Credit Suisse data centers in London and Singapore.

Founded in 2007, EvoSwitch has an 11MW facility in Amsterdam which supports more than 50 connectivity and telecommunications providers, including world-leading internet exchanges, such as the Amsterdam Internet Exchange AMS-IX. Both buyer and seller have reputations for taking a green approach to business, with Iron Mountain publicly committing to offsetting its data center carbon footprint and EvoSwitch claiming to have the first carbon neutral data center facility in the Netherlands, powered by wind, hydro, and biomass.

"We look forward to combining our EvoSwitch Netherlands business with that of Iron Mountain Data Centers, which shares our commitment to customer service and operational excellence," EvoSwitch CEO Eric Boonstra said in a statement. "This transaction represents an opportunity for us to extend relationships with our existing customers by providing data center expansion capacity in important continental European markets and the potential to provide capacity in the important Amsterdam region to Iron Mountain's legacy data center customer base."

"EvoSwitch Netherland's focus on security, energy efficiency, and its solid track record of continuous uptime is a great fit with our existing data center organization," Mark Kidd, Iron Mountain Data Centers' SVP and general manager, said in a statement. "When combined with current and potential capacity in Iron Mountain's existing data center portfolio, our total portfolio now represents more than 285MW across many of the most attractive and highest net absorption markets in the US and globally."

The operational data center Iron Mountain gains in the sale is currently under expansion to add an additional 2MW of capacity, 600 kW of which is pre-leased to Leaseweb Netherlands, a cloud hosting company and EvoSwitch business associate. Leaseweb already occupies about 45 percent of the data center's space and is set to become one of Iron Mountain Data Centers’ top-five customers.

The tenant should be happy to have a new landlord. The deal includes a $25 million credit to Leaseweb, which the company can apply to space leased in other Iron Mountain data centers during the next 10 years.

"As a global cloud hosting company serving more than 17,500 customers worldwide, it is important for us to accommodate their growing needs," said Con Zwinkels, Leaseweb's founder and CEO. "Through this transaction, Leaseweb has improved access to a broad portfolio that includes Iron Mountain's data centers around the globe. We are pleased to be partnering with a company that has such a strong reputation for security and reliability."

Although Iron Mountain has been on a buying spree recently, growth through acquisition may be slowing down going forward.

"[O]ur near-term growth will be primarily from the development of new space in the attractive global markets where we have a presence," Iron Mountain's Kidd said.