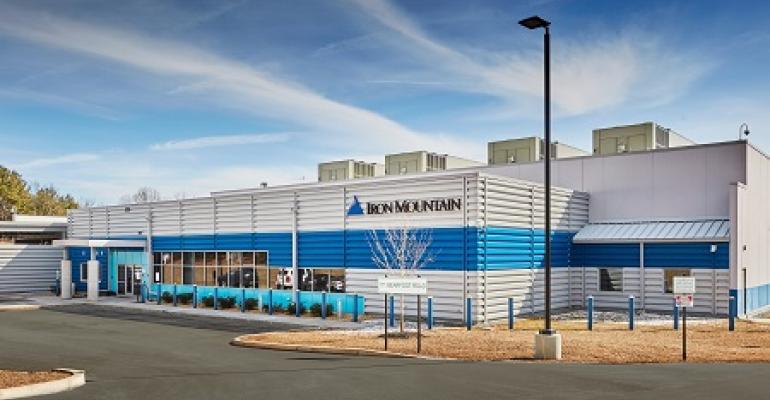 Iron Mountain, the real estate investment trust whose traditional document management services business has shrunk as a result of the pandemic, has been able to keep in balance thanks to the stability of its physical storage business, where companies and government agencies pay it to store sensitive documents, and growth of its data center business.

Iron Mountain furloughed one-third of its workforce in April, as its corporate customers close their offices, drastically shrinking demand for services like document shredding or pickup for storage. More than 90 percent of its employees are back to work now, Iron Mountain president and CEO, William Meaney, said on the company’s third-quarter earnings call Thursday.

“Despite lingering uncertainty related to the global COVID-19 pandemic, we have seen improvements, albeit gradual, in key US and international markets, as it relates to our service activity levels, while showing continued strong performance in both our physical storage business and our global data center business,” the CEO said.

Except for CyrusOne, which reported a “disappointing” leasing quarter, publicly traded US-based data center REITs reported strong leasing results during the period. QTS Realty Trust, CoreSite Realty, Digital Realty Trust, and Equinix all had plenty of new business. Switch, the seventh public US data center provider (which is not a REIT), was due to report its results for the quarter when the markets closed in New York Thursday.

With more than 90 percent of its existing data center capacity now spoken for and with a 27MW data center currently under construction already pre-leased, Iron Mountain is planning to build more capacity at its existing campuses and in new locations. Its development pipeline now totals 50MW.

About half of the 51MW Iron Mountain has leased this year has been leased to hyperscalers, the rest comprising of retail colocation deals, Meaney said.

The 27MW data center that’s under construction is in Frankfurt. Iron Mountain recently partnered with the London-based investment firm AGC Equity Partners on a joint venture to develop the massive facility, already pre-leased to a single hyperscale tenant.

Such joint ventures have become one of the go-to avenues for publicly traded data center providers to fund large capital-intensive developments for hyperscale clients while minimizing the impact to their balance sheets.

Iron Mountain reported $1.04 billion in revenue for the quarter, down 2.4 percent year over year. The company’s total revenue year to date decreased 3 percent.

The decline was “driven entirely by our services business,” Meaney said in a statement. Services revenue declined 12.2 percent year over year.

The decline in services revenue, combined with currency fluctuations and the high cost of Iron Mountain’s ongoing restructuring process, called Project Summit, have had a massive cumulative impact on its overall profits.

Kicked off in the second half of last year, Project Summit is a massive multi-year restructuring program meant to focus the company on its highest-income-producing businesses  and reduce operating expenses by cutting hundreds of staff, including many senior-management roles.

The company’s third-quarter restructuring charges associated with Project Summit were $48.4 million. The project is expected to cost about $200 million total this year.