DCK Investor Edge: It doesn’t pay dividends, but it offers investors a chance to ride the wave of digital transformation rising across China.

Shanghai-based GDS Holdings, with a market cap of $7 billion, is the largest publicly traded carrier-neutral data center provider in China.

Over the last few years, most of its bookings have been repeat business from China's tech giants, including Alibaba, Tencent, Baidu, JD.com, Ping An, and Huawei.

One growth challenge facing GDS management is the availability of land or existing buildings with entitlements for data center use. Additionally, power allocations large enough for hyperscale data centers have become the scarcest resource in China’s largest cities as far as data center developers are concerned.

GDS must access capital markets regularly, to fund its sizeable development and acquisition pipeline. Last week, the company demonstrated to investors an ability to seamlessly fund asset purchases in Beijing, where data center capacity is scarce. 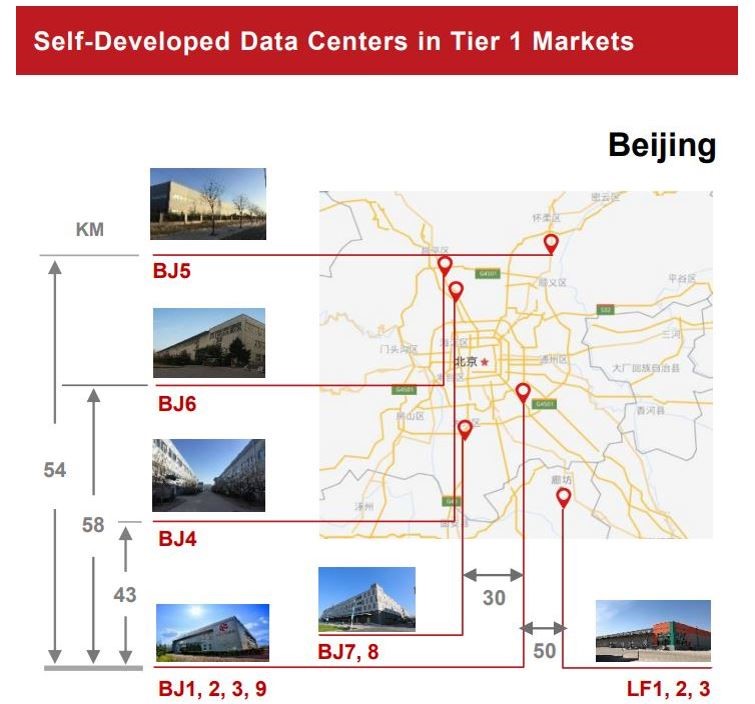 These data centers will become BJ10, BJ11, and BJ12. They are already 100 percent committed (either leased or pre-leased) by two current GDS hyperscale customers. Two-thirds of the service area will be occupied by a hyperscale video streaming customer, with the balance leased by one of China’s largest internet companies – a long-time GDS top-five customer.

On December 5, GDS announced pricing of 5.5 million American Depositary Shares (ADSs), each representing eight of its Class A ordinary shares, at a public offering price of $45.50 per ADS. On December 9, underwriters exercised their option to purchase an additional 824,175 ADSs from GDS at the same price, in aggregate raising $276.7 million in proceeds from the public offering.

The company intends to utilize $190 million of the proceeds to fund the cash portions of BJ10, 11, and 12. The total enterprise value for the three Beijing data centers in aggregate could reach $348.4 million, including a portion contingent on future performance. In addition, the previously announced BJ9 acquisition, adjacent to GDS' BJ1, 2, and 3 data center cluster, is expected to close by year-end.

In the Q3 2019 earnings presentation, GDS management included a slide highlighting a total backlog (space booked not billed) as of Sept 30, 2019 of 1.26 million square feet. This includes commitments signed for construction in progress, plus customers ramping up deployments in completed data halls. 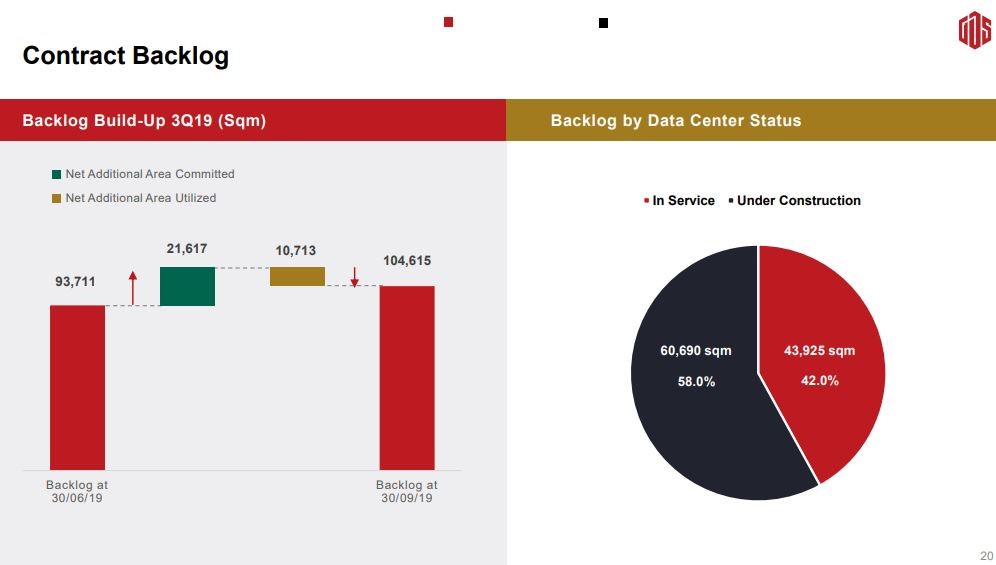 The volume of data center space under construction as of September 30 was 912,400 square feet, which is almost double the 470,580 square feet reported in Q3 2018. Perhaps even more impressive was the spike in the pre-commitment rate for area under construction to 71.6 percent, compared with 45.5 percent during the same period last year.

GDS data halls under construction will boost the current portfolio totaling 2.13 million square feet by 43 percent. On the recent earnings call, Huang and CFO Dan Newman guided to a similar development pipeline for 2020 and 2021 – or even larger, if substantial acquisitions are made.

In addition, GDS recently formed a 90/10 joint venture with GIC, Singapore's sovereign wealth fund, to finance build-to-suit solutions at existing hyperscale customer campuses located in remote areas. This approach allows GDS to assist with facility requirements for its largest customers while maintaining focus on its Tier 1 market strategy (with minimal impact to the balance sheet). GDS is in the process of developing a dedicated team to support this initiative.

Typically, a secondary offering tends to depress the share price, at least in the short term. That was not the case last week for GDS. 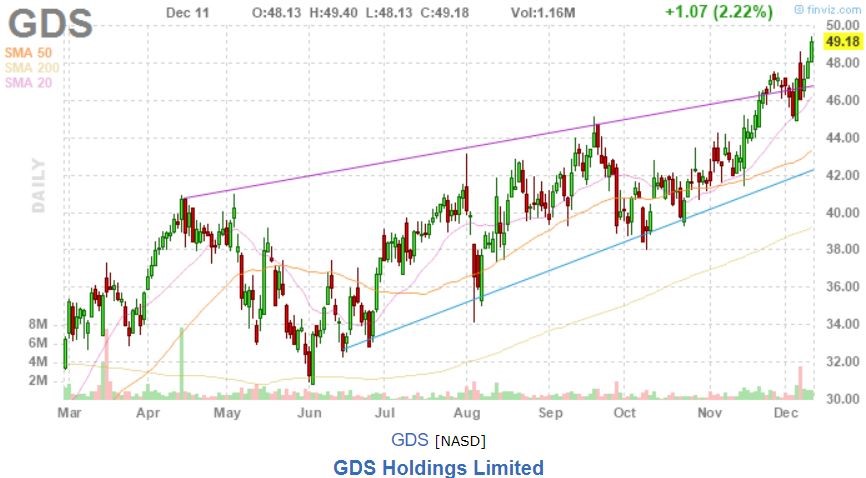 In fact, on day one GDS ADSs closed higher than the $45.50 offering price. Just one week later the price hit an all-time high of $49.40 per ADS midway through the trading day on December 11.

Many US REIT investors are interested in dividend income. Notably, GDS does not pay a cash dividend and would not be a suitable investment for them.

On the other hand, GDS is an opportunity for growth-focused data center investors to participate in the digital transformation underway across China's largest markets. Notably, the price appreciation for an ADS purchased on January 1, 2019 is an eyepopping 110 percent year to date.