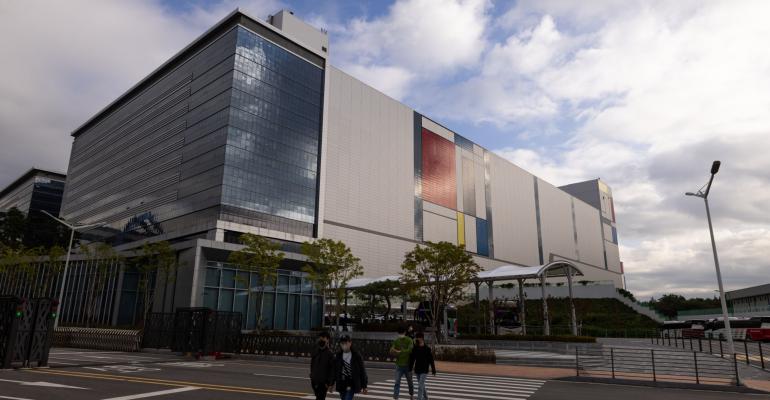 Samsung zigs while chipmaking competitors zag. In spite of a 14% dip in its chip business, the firm increases spending while peers SK Hynix and Mircron slow capex investments.

Semiconductor revenue at the world’s largest memory chip maker came to 23 trillion won ($16.1 billion) in the three months ended September, according to a company statement on Thursday, missing the consensus 35 trillion won compiled by Bloomberg. Net income for the company came to 9.1 trillion won, compared with the consensus 9.4 trillion won.

Unlike its peers, Samsung is increasing its chip capital spending, pushing it to 47.7 trillion won for 2022 from 43.6 trillion won last year.

“Under continued macro uncertainties, scale of customers’ inventory adjustments exceeded market expectations, and demand for consumer products continued to weaken,” the company said in a statement. “As a result, bit growth missed guidance and our sales result declined.”

The company said that it now sees a recovery in the second half of 2023, subject to macroeconomic headwinds, led by demand from data center servers.

The memory industry faces “unprecedented” market deterioration as shipments of PCs and smartphones fall, Hynix warned Wednesday, announcing it would halve its capex plans for next year. Climbing oil prices and interest rates are denting consumer spending, with uncertainty growing because of the US’s push to rein in China and its access to high-performance chips.

While Washington’s export curbs on military-use technology only affect a tiny part of the server market, an expansion of the scope of the ban would herald “a more significant slowdown risk for China’s server shipment momentum in 2023,” research firm TrendForce said in a report. 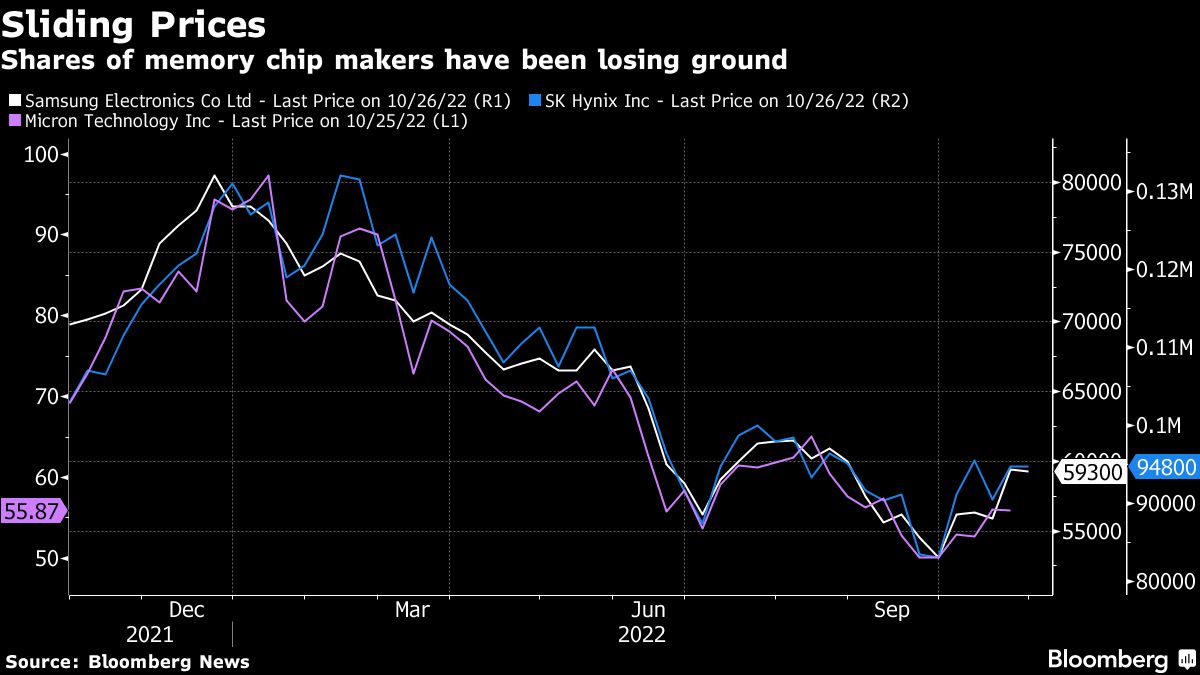 Samsung has taken a cautious approach over cuts to production or capital expenditure, with a memory chip executive saying this month that output reductions were not on the table. Samsung has said it would take its cues from the market and will “flexibly” manage capacity.

“It’s hard to expect demand recovery at this point,” Lee Seung-woo, analyst at Eugene Investment & Securities, said ahead of the earnings announcement. “There should be somewhat flexible output reduction plans.”

“The NAND flash market flipped to oversupply in 3Q and, given the pace of demand, could remain there into 2024. Long-term growth trends remain intact, but the near term is challenged with PC and smartphones weak, server companies taking a breather and select chip shortages pushing inventories up for customers including hyperscalers and NAND vendors alike.”