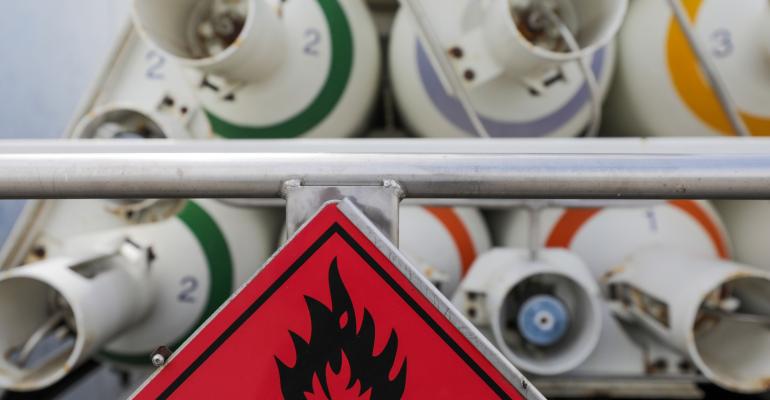 With its $1 billion investment in a hydrogen plant, Qatar joins its regional neighbor Saudi Arabia in sustainability investment.

(Bloomberg) -- Qatar plans to build a $1 billion plant to make blue ammonia, a fuel that can be converted into hydrogen by countries looking to reduce their carbon emissions.

While nascent, the worldwide market for ammonia is expected to grow as it can be shipped and converted into hydrogen, which is considered a clean fuel because it doesn’t produce carbon dioxide. Ammonia can also be burned to produce electricity or used as a fertilizer.

QatarEnergy signed agreements with Industries Qatar QSC and its subsidiary, Qatar Fertiliser Co., to develop a so-called blue ammonia plant that will be able to produce as much as 1.2 million tons a year, energy minister and CEO of QatarEnergy said at a ceremony in Doha on Wednesday.

Germany’s ThyssenKrupp AG and Consolidated Contractors Co. in Greece have been awarded a contract for the plant dubbed ‘Ammonia-7,’ QatarEnergy said in a statement.

To make ammonia, hydrogen is combined with nitrogen. When hydrogen is extracted from natural gas and the carbon dioxide byproduct is captured, the resulting ammonia is considered “blue.”