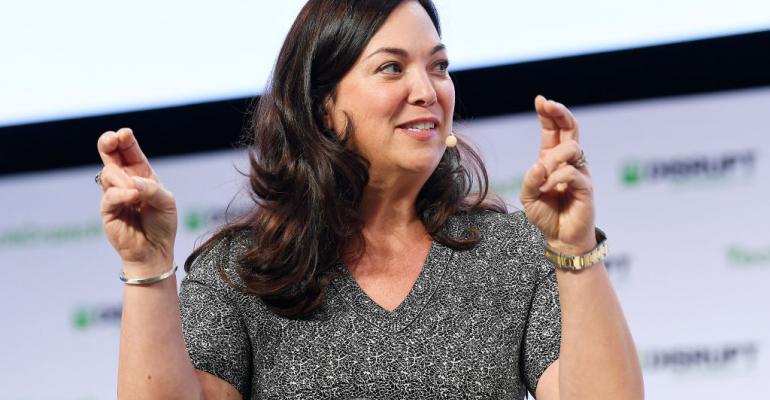 Its software is relevant to IT teams working from home, but some of its customers are hard hit small and mid-size businesses.

Nico Grant (Bloomberg) -- PagerDuty Inc. shares fell sharply after the software maker projected revenue and a loss that disappointed investors, bucking the trend of many other cloud-software companies that have received a boost during the work-from-home period.

Sales will be $52 million to $53 million in the quarter that ends in October, the San Francisco-based company said Wednesday in a statement. Analysts, on average, estimated $53.7 million, according to data compiled by Bloomberg. The forecast signals a slower pace of revenue growth than the company has delivered in prior quarters. The stock dropped about 23% in extended trading.

Chief Executive Officer Jennifer Tejada has tried to sign up more large clients for the company’s software, which notifies information technology teams about a down website or system. While PagerDuty makes software that seems relevant for IT teams working from home, some of its customers are small and mid-sized businesses, which have been hurt by the pandemic and resulting recession. The remote-work phenomenon has boosted the fortunes and market valuations of many of PagerDuty’s peers, and Tejada suggested her company is “well-positioned” to take advantage in the future as that move to the cloud continues.

“Despite the extraordinary market dynamics, our customers remain loyal and we remain confident in our strategy and optimistic about our growth,” she said in the statement.

PagerDuty projected a loss, excluding some items, of as much as 11 cents a share in the current period. Analysts, on average, estimated a loss of 8 cents. In its 2021 fiscal year, the software maker said it will record as much as $211 million in revenue, narrowly falling short of analysts’ estimates of $212 million.

The company said second-quarter sales climbed 26% to $50.7 million. Analysts were looking for $51.6 million. PagerDuty recorded an adjusted loss of 4 cents a share, compared with estimates of a 7 cent loss.