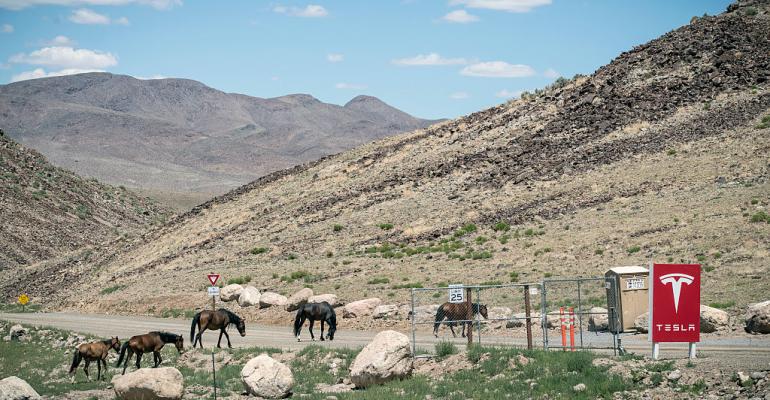 Data center developers and operators in the US are starting to look at Opportunity Zones, a relatively new tax investment program.

If you are a data center developer, operator, or investor, here are the basics you need to know about Opportunity Zones. They can be advantageous, but they aren’t a panacea.

This is the first part of a special DCK series looking at Opportunity Zones and data center developers’ experience with them to date.

What are Opportunity Zones?

Opportunity Zones is a community development program included in the 2017 Tax Cuts and Jobs Act, the Republican tax reform bill signed by President Donald Trump. Based on census tracts, Opportunity Zones are intended to encourage long-term investment in low-income urban and rural communities through tax breaks.

A census tract is eligible if its poverty rate is 20 percent or greater and/or family income is less than 80 percent of the area’s median income. The governor of each state can designate up to 25 percent of such tracts as Opportunity Zones.

Then, private investment vehicles that place at least 90 percent of their funds into an Opportunity Zone can earn tax relief on the capital gains generated through those investments.

The program allows anyone who makes capital gains to invest in an Opportunity Zone — in data center construction, for example — and defer their capital-gains taxes while they hold the investments. Investors who roll over money from other investments or from sale of a business, with embedded gains, into an Opportunity Zone can defer taxes on those gains for years. If the money remains invested for five years, investors get a 10 percent break on the gains. After seven years, the tax break rises to 15 percent.

On top of that, gains on the Opportunity Zone investment itself are tax-free after 10 years. Moreover, investors can stay in a fund until 2047, which can add up to large amounts of capital gains sheltered from taxation.

Because the tax break is available only to individual or corporate taxpayers who declare capital-gains income on their tax returns, it’s not available to everyone. Yet the total amount of money that can potentially be invested through the program is huge. For example, in 2016, just 7.3 percent of all US tax returns declared capital-gains income. But the total value of such gains declared was $634 billion. According to some estimates, up to $6 trillion in capital-gains money is potentially available for such investments.

Where are Opportunity Zones?

Since the program was established, it was up to each state to identify areas that would be designated Opportunity Zones. One limitation was that they could not designate areas that were already gentrifying.

Once the zones were designated, city and regional planners sat back and waited for investors to rush in. But the Treasury Department hadn’t yet finalized the requirements for Opportunity Zone investments. Meanwhile, the clock was ticking. The 15 percent tax break was predicated on investing money for seven years by 2026, so investors needed to be involved by the end of 2019 to take full advantage of that tax break. But they were leery of getting involved when all the details weren’t worked out.

Almost one year after Opportunity Zones were first created, the IRS came out with proposed regulations. First in October of 2018; then in April 2019, after some refinements and clarifications; and then again, in December 2019, with a further 500-page set of clarifications.

The refinements made Opportunity Zone investment even more attractive. For example, the initial October guidance said a business was eligible only if it generated 50 percent or more of its gross revenue from within the Opportunity Zone. Such an interpretation essentially ruled out any sort of manufacturing business (which would sell the manufactured goods elsewhere), or business services that might have clients from around the country or the world – as data center providers generally do.

In April, the IRS refined that business test. While the gross-income test remained in place, a business could now qualify if 50 percent or more of its employees and contractors were working in an Opportunity Zone.

How Do People Invest in Opportunity Zones?

Nationwide, funds have formed to help investors take advantage of Opportunity Zones. Like other types of funds, they take investors’ money in return for expertise, in this case knowing which projects are eligible for Opportunity Zone investment.

Some are considered accredited-investor funds, meaning investors in them are required to have made at least $200,000 in annual income for the past two years. The advantage of such funds is that they allow smaller investors to take advantage of the Opportunity Zone tax break rather than limiting the program to large investors only.

While the tax breaks aren’t so massive that they can make a bad business investment a good one, they add a couple of percentage points to return on a typical investment, meaning that a project that might have been marginal without an Opportunity Zone designation may now be worth investing in.

Similarly, developers can take advantage of other forms of grants, such as brownfield grants from the Environmental Protection Agency to identify and mitigate sites that are suspected of having chemical contamination. That became especially true after the December 2019 set of rules came out, where the IRS said that for properties with brownfield issues, clean-up and mitigation costs now counted toward meeting the “substantial rehabilitation test” required for existing properties.

Due to the time it took to clarify the regulations and understand the complicated process, the first Opportunity Zone projects tended to be projects that were already underway. While the December 31 deadline has come and gone, most of the exemptions still apply.

The program isn’t without controversy. Critics have called it a tax break that helps the rich shelter income more than it helps low-income areas prosper.

In New Jersey, for example, former governor Chris Christie was criticized for getting involved in an Opportunity Zone project for a self-storage facility. Critics said his involvement wasn’t in the spirit of the law, which was to help low-income people. Some researchers believe that some areas designated as Opportunity Zones had been gentrifying already.

Consequently, several efforts are underway in Congress to limit the program or do away with it altogether. For example, Sen. Ron Wyden, D-Oregon, introduced legislation in November to tighten the requirements for Opportunity Zones, disqualifying census tracts that are contiguous to disadvantaged tracts rather than being disadvantaged themselves. Later the same month, Rep. Rashida Tlaib, D-Michigan, introduced legislation to repeal the program entirely. She criticized the program as benefiting billionaires rather than the poor.

The upshot? If you’re looking to site or invest in a data center, it’s worth looking to see if there’s an Opportunity Zone in the region you’re examining. And, if you decide you want to look into Opportunity Zones, the sooner you do it, the better. Not only do you get more tax benefits the sooner you invest, but it isn’t clear how much longer the program will remain in its present form.

Next in the series: How the Tahoe-Reno Industrial Center hopes to use Opportunity Zones