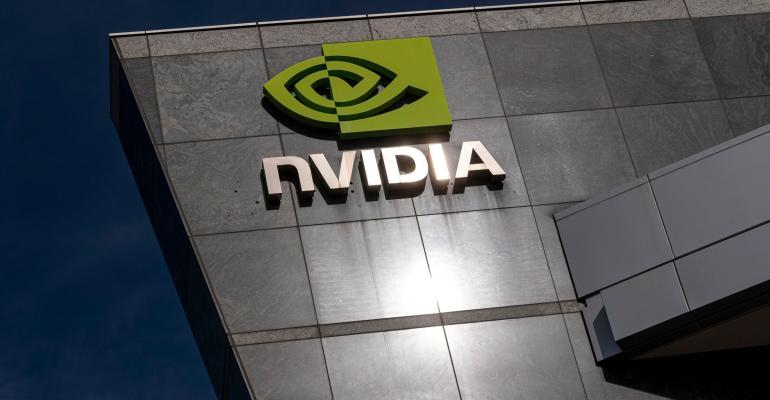 (Bloomberg) -- In the weeks since the ChatGPT artificial intelligence tool took the world by storm, Nvidia Corp. has emerged as Wall Street’s preferred pick for traders seeking to profit from its potential.

The chipmaker’s stock has rallied 22% in the first three weeks of the year, placing it among the best performers in the S&P 500 Index. Contributing to the gains has been the hype around the chat bot released by OpenAI late last year that has demonstrated an uncanny capacity to mimic human writing.

The rationale is simple: Nvidia dominates the market for graphics chips designed for complex computing tasks needed to power AI applications. The more people use ChatGPT, the more computing power its owner OpenAI requires to generate responses to the millions of queries received from lazy students with essay assignments or struggling songwriters. 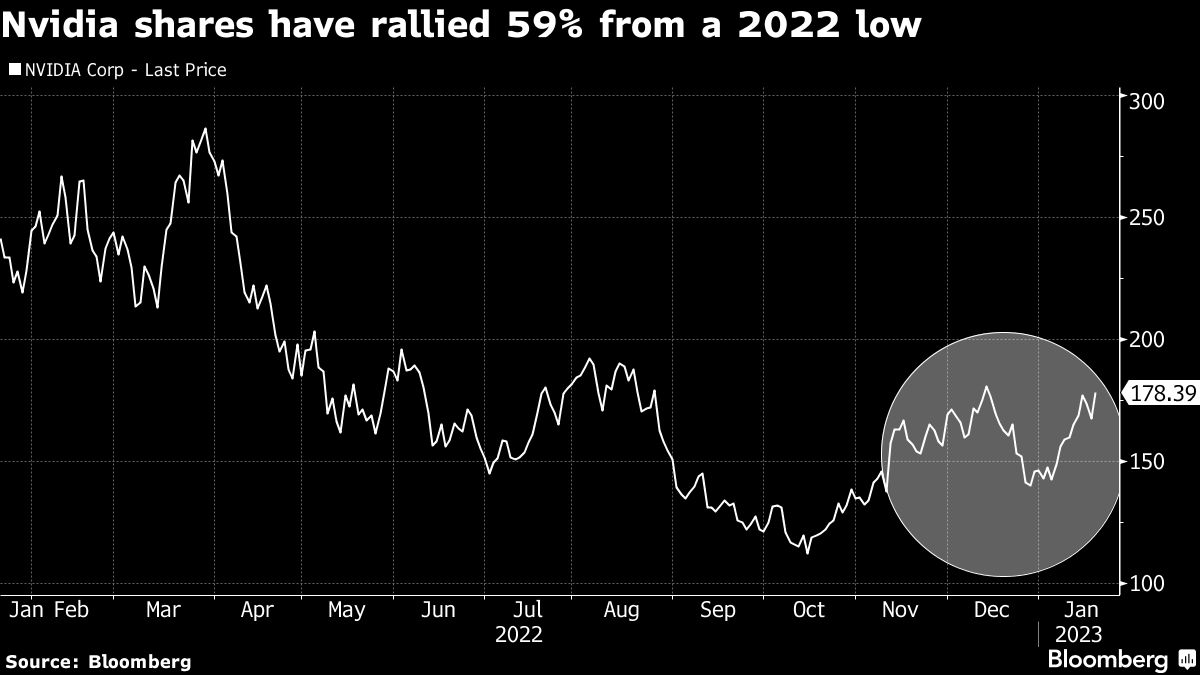 Citigroup Inc. estimates that rapid growth in ChatGPT usage could result in sales for Nvidia of $3 billion to $11 billion over 12 months. Analyst Atif Malik, while acknowledging the difficulty in modeling growth for such a nascent service, based his values on projections for number of words generated by ChatGPT and revenue per word for Nvidia.

“We believe Nvidia has in ChatGPT a potentially meaningful compute demand driver,” Malik wrote in a research note last week.

Bank of America Corp. said Nvidia is at the forefront of the companies that stand to benefit from growth in so-called generative AI. Wells Fargo & Co. said upcoming chips from Nvidia are well positioned to take advantage of greater computing needs required by AI models like ChatGPT.

Of course, it’s possible that the service is just the latest fad to sweep through the tech industry only to fizzle like orders from cryptocurrency miners, which have surged and crashed multiple times over the last few years. Nvidia investors, and those who put money into other semiconductor makers in late 2021, know that the promise of continuous growth can be an illusion. After sales surged more than 50% in each of Nvidia’s past two years, revenue is projected to be flat in fiscal 2023 at about $27 billion. 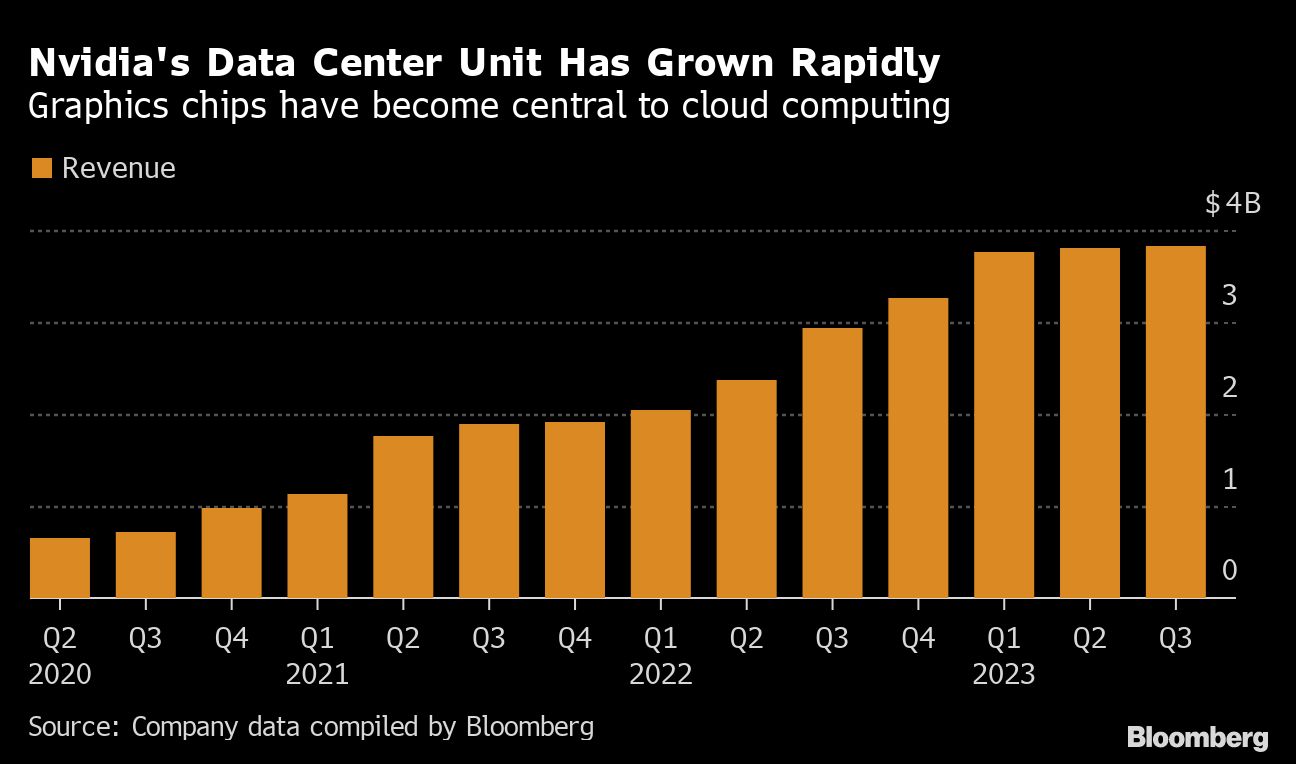 Nvidia shares have lost almost half their value since peaking in November 2021. Despite the selloff, the stock remains one of the most expensive in the Nasdaq 100, with a price that’s about 41 times profit projected over the next 12 months, well above its average over the past decade.

Whether or not ChatGPT itself results in higher orders for Nvidia, Ivana Delevska, chief investment officer at SPEAR Invest, believes its success will fuel the development of more tools that will require greater computing power and therefore more chips.

“People will look at how popular it has become and can see how this sort of thing is going to be a big deal,” said Delevska, who counts Nvidia among the firm’s top holdings. “That could mean more and more interest in this space, which will lead to a ton more investment from all kinds of companies wanting to catch up.”

Tech Chart of the Day 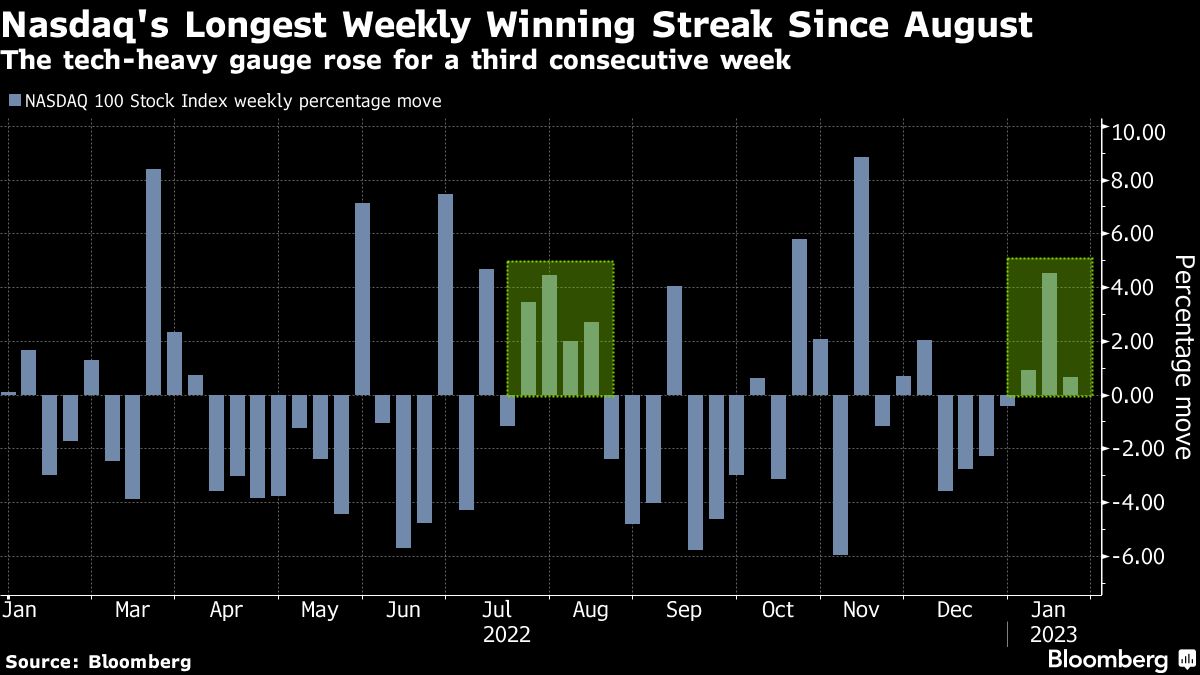 The Nasdaq 100 Index rose 2.9% on Friday, its biggest gain since November, following strong results from Netflix Inc. and after Alphabet Inc. announced 12,000 job cuts. The index has been rallying as technology firms turn their focus on cutting cost and inflation shows signs of cooling. The tech-heavy gauge rose for a third consecutive week, its longest such streak since August.