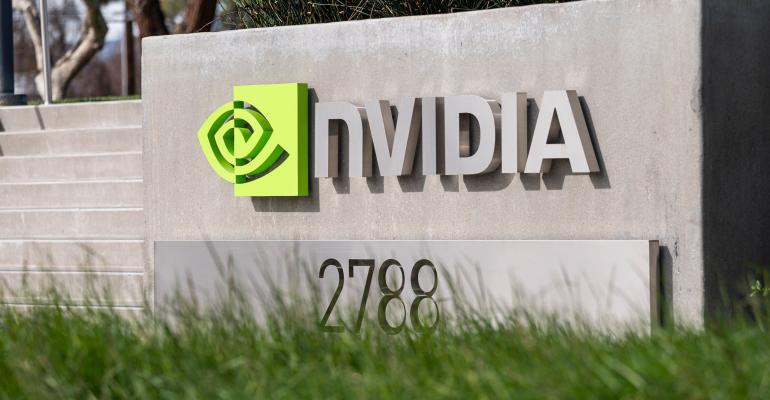 Data center saves the day for Nvidia's earnings in Q3 2022.

(Bloomberg) -- Nvidia Corp. assured investors Wednesday that demand remains strong for its artificial-intelligence and data-center chips, even as the company continues to struggle with a slowdown in the personal-computer market.

While revenue declined 17% to $5.93 billion in the fiscal third quarter, that handily beat the $5.79 billion average estimate. Nvidia’s data-center unit posted a 31% sales increase, also beating projections. That helped make up for a 51% drop at the company’s gaming business -- a market tied to PC sales.

Related: Nvidia to Cease All Russia Operations as Ukraine War Rages On

Though Nvidia’s outlook for the current quarter missed some estimates, the forecast was solid enough to satisfy analysts -- or at least remove concerns that its business is rapidly deteriorating. Nvidia shares gained more than 2% in late trading Wednesday. They had closed at $159.10 earlier, down 46% for the year.

The outlook was more upbeat than that of Micron Technology Inc. earlier Wednesday. That company warned that it was cutting production because 2023 will be worse than previously feared. Chip shares had fallen sharply in regular trading ahead of Nvidia’s report.

But even while adding a dose of optimism, Huang said the economy and Covid restrictions in China will continue to take a toll. “The macro environment is still difficult,” he said in an interview. “Inflation is real. Covid lockdowns in China still exist.” 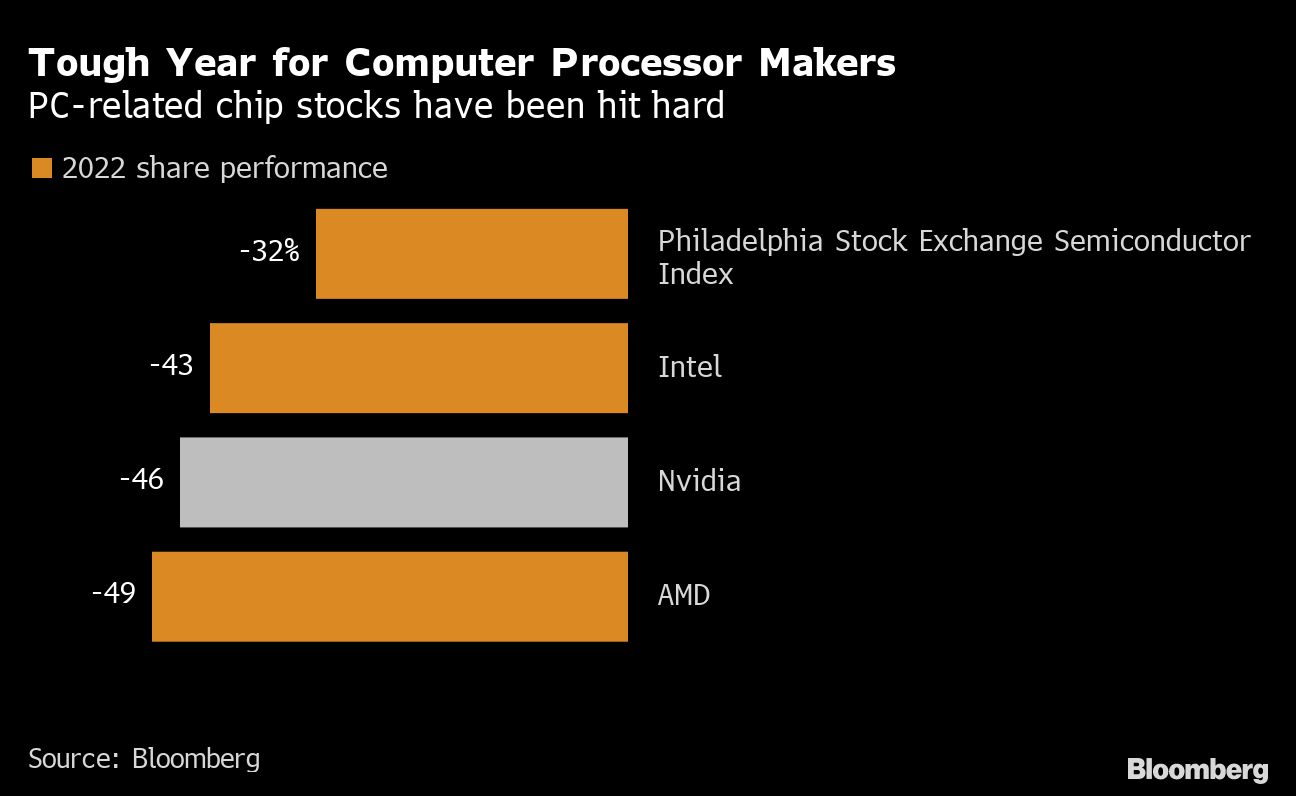 Data-center sales were helped last quarter by orders from US cloud service providers, with demand weakening in China, Nvidia said. The division generated $3.83 billion in total, compared with a $3.79 billion estimate.

Nvidia announced further inroads into the data-center market earlier Wednesday, when it said that Microsoft Corp. will use its graphics chips, networking products and software for a new AI offering. Nvidia’s leadership has argued that its broad range of technology for such systems gives it an advantage over competitors with partial solutions.

Data centers are a bright spot in a computing industry still mired in a slump. Makers of chips for laptops and desktops suffered a steep decline in orders this year as recession-wary customers put off big-ticket electronics purchases. That led to a buildup in inventory that the industry still needs to work through.

Huang said Wednesday that the company’s current inventory is comprised of new products that should be in high demand. The company expects fourth-quarter revenue to be about $6 billion, plus or minus 2%. That compares with an estimate of $6.09 billion. Third-quarter profit came in at 58 cents a share, excluding some items, short of the 70-cent projection.

Cisco Systems Inc. also helped allay investors’ fears Wednesday. The network-equipment giant gave an upbeat revenue forecast, even while warning that it would have to cut jobs and reduce office space.

CEO Chuck Robbins told analysts on a call that “demand didn’t fall off a cliff, by any stretch.”

After a massive spike in sales of home-office computers and other technology during the pandemic, spending has slowed. Some chip-company executives have argued that supply-chain disruptions over the last three years have caused distortions in the market, accentuating the industry’s boom times, and now, its bust. The hope is that companies and consumers will eventually return to a level of spending that’s higher than before the pandemic.

Nvidia built its reputation making electronics for gaming PCs, and that business has gotten hammered along with the broader PC market. Still, the division’s 51% decline last quarter wasn’t as bad as some analysts feared. Nvidia’s GeForce graphics chips are a must-have for high-end PC owners looking for the most realistic gaming experience. The chips also became popular with digital currency miners, though the crypto rout and changes to the way the asset is mined have undercut that market.

Nvidia also is caught up in the worsening standoff between China and the US. Washington is increasingly trying to cut off the Asian country from advanced chip technology, threatening Nvidia’s access to that market.

Nvidia’s best AI offerings are now subject to licensing requirements for export to China, a hurdle that the company said may cost it hundred of millions of dollars in lost revenue. Nvidia recently debuted a new offering for that market that it says is compliant with the restrictions.

The Santa Clara, California-based company said Wednesday that sales of other chips helped offset the slowdown in China.