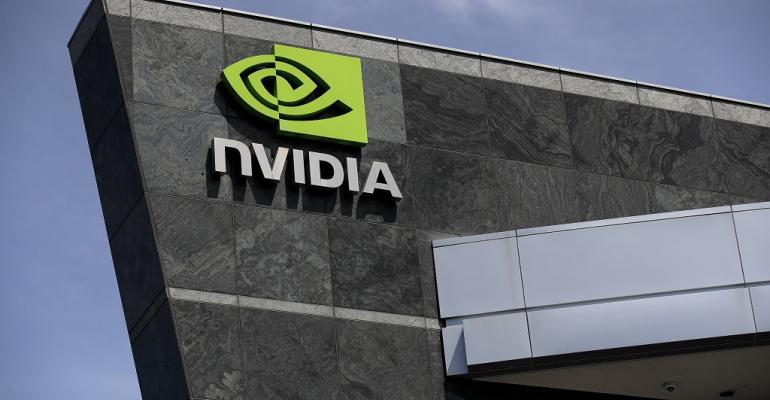 Revenue in the current quarter will be about $6.3 billion, plus or minus 2%, the Santa Clara, California-based company said in a statement late Wednesday. The sales prediction compares with a $5.49 billion average analyst estimate, according to data compiled by Bloomberg.

Founder and Chief Executive Officer Jensen Huang has drawn investors to his company’s stock by persuading owners of data centers that are the backbone of the internet that his graphics chips are key to artificial intelligence-based computing. The company expects that demand and orders from gamers to continue to improve into the second half of the year.

A $400 million chunk of second-quarter revenue will come from special chips Nvidia has created for use by cryptocurrency miners. The company is hoping the chips for cryptocurrency will stop those miners from siphoning off the supply of gaming graphics products and prevent a flood of used parts causing a glut later. The cryptomining processors, or CMPs, can’t be used in computers for gaming or any other conventional graphics-related tasks, Huang said in an interview.

“With CMP we learned to move faster,” he said. “The important thing is that data center is doing great and gaming is doing great.”

Nvidia’s leader said that CMPs are made out of graphics chips that would not have been usable because of manufacturing-related flaws in some of their elements. Being able to repurpose and sell them increases Nvidia’s overall supply availability.

Nvidia is one of the pioneers of outsourcing production and has never owned factories. Like its peers and rivals it depends on Taiwan Semiconductor Manufacturing Co. and Samsung Electronics Co. for manufacturing at a time when the whole industry is experiencing a spike in demand as parts of the world economy emerge from the depths of the pandemic. Nvidia has said shortages have constrained its growth.

Fiscal first-quarter revenue rose 84% to $5.66 billion and profit excluding certain costs was $3.66 a share in the period, which ended May 2, the company said. Analysts, on average, predicted earnings of $3.31 a share on sales of $5.41 billion.

Nvidia reported data center chip sales rose 79% to $2.05 billion in the fiscal first quarter from a year earlier. Revenue from gaming doubled to $2.76 billion in the quarter.

The stock was down less than 1% in extended trading following the announcement. It closed at $628 in New York Wednesday, leaving it up 20% in 2021. Last week Nvidia announced that it will split its stock 4 for 1 to try to make it accessible to investors and employees.