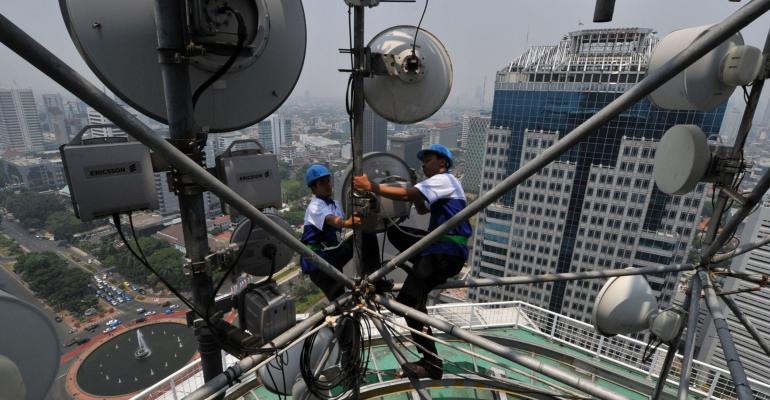 More movement on the Southeast Asia front as Indosat seeks to offload telecom towers as demand for digital infrastructure soars in the region and globally.

(Bloomberg) -- PT Indosat is considering selling some telecommunications towers, as the Indonesian carrier continues to offload assets amid rising demand for digital infrastructure, people familiar with the matter said.

The portfolio includes about 1,800 sites, the people said, asking not to be identified because the matter is private. A transaction by the Jakarta-based company, which rebranded as Indosat Ooredoo Hutchison after a recent merger, could raise about $250 million, the people said.

Potential bidders could include firms in the industry and infrastructure-focused funds, the people said. Considerations are preliminary and no final decisions have been made, they said. Steve Saerang, an Indosat spokesperson, declined to comment.

Shares of Indosat have risen about 14% this year, valuing the company at around $3.8 billion.

A sale would follow Indosat’s disposal last year of more than 4,200 towers to EdgePoint Infrastructure, a firm backed by DigitalBridge Group Inc. and Abu Dhabi Investment Authority, for $750 million. In May, Indosat agreed to form a $300 million joint venture for its data centers with Big Data Exchange, the data-center platform owned by investment firm I Squared.