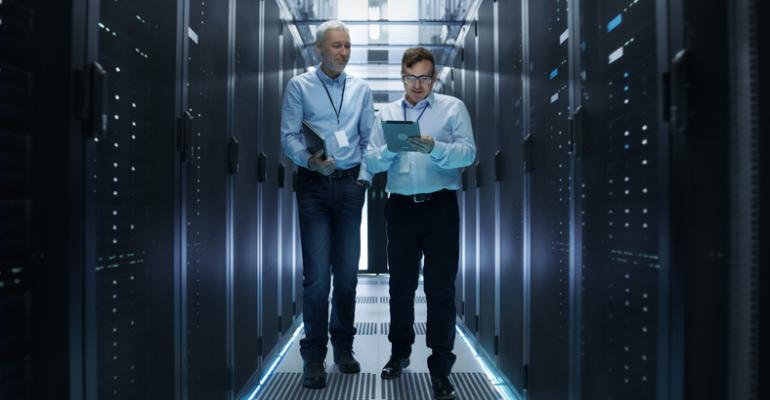 In Data Center Two IT Engineers Walking Through Rows of Server Racks. They Work on Tablet Computer and Laptop.
Business>Investing

Private equity investors have been flocking to data centers, in part because of their perceived ability to provide defensive, stable, long-term returns.

(Bloomberg) -- Great Hill Partners, the majority owner of Ascenty, is fielding offers for the Brazilian data-center operator, according to people with knowledge of the matter.

Ascenty, which has U.S. dollar-denominated contracts with clients including Oracle Corp., Amazon.com Inc. and Facebook Inc., is attracting interest from private equity firms and could fetch roughly $1 billion, with bids due next week, said some of the people, who asked not to be identified because the matter is private. Representatives for Great Hill and Ascenty didn’t respond to requests for comment.

Last June, Blackstone Group LP’s tactical opportunities group invested in Ascenty, which said it would use proceeds to grow in Brazil and elsewhere in Latin America. The company in January said it secured $350 million in debt financing, up from a previously announced $190 million, to support an expansion plan that involves building five new data centers. It already has eight data centers in operation in Sao Paulo, Rio de Janeiro and Ceara that are connected by a roughly 2,500-mile (4,000-kilometer) proprietary fiber network.