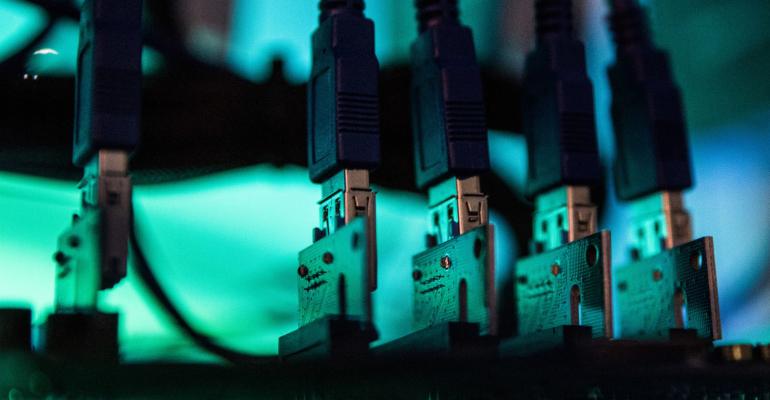 Activity from prospective bidders has slowed down in recent weeks, but buyout firms remain interested in acquiring Global Switch.

(Bloomberg) -- Discussions about a potential sale of Global Switch Holdings Ltd. have nearly ground to a halt, people familiar with the matter said, amid tightening financing conditions and lower-than-expected bids for the London-based data center company.

Deal talks between Global Switch’s Chinese owners and prospective bidders aren’t moving forward as the parties have been unable to bridge a significant value gap from the initial $10 billion sought by the sellers, the people said. While some bidders haven’t walked away from the discussions, access to financing and differing valuation estimates remain key hurdles to any transaction, the people said, asking not to be identified because the matter is private.

The slowdown in talks represents yet another twist in the long-running attempts by owners including Jiangsu Shagang Group Co. and Avic Trust Co. to sell the company. The group has explored a range of potential deals in recent years, including an initial public offering, a stake sale and a full sale of the business.

Global Switch’s 2030 bond dropped 1.2 cents to €85.9 each, the largest fall since Oct. 7, according to data compiled by Bloomberg.

Chinese companies have been unraveling their lavish overseas purchases of everything from luxury hotels to soccer clubs after Beijing put a tighter leash following the implosion of the likes of HNA Group Co. and Anbang Insurance Group Co. Some of these sales have been hurt by the economic pain inflicted by the pandemic, while some owners refuse to offload the assets at lower valuations.

Founded in 1998, Global Switch owns and operates 13 data centers across Europe and Asia Pacific comprising about 428,000 square meters, according to its website. Shagang in 2019 became the largest shareholder of Global Switch after buying another 24% stake in a £1.8 billion ($2.2 billion) deal from British billionaire brothers David and Simon Reuben, who had begun to whittle down their ownership in 2016.

Buyout firms EQT AB, KKR & Co. and PAG were among the final bidders seeking to acquire Global Switch, Bloomberg News reported in November. Initial bids were not aligned with the valuation expectations of the owners and financing for leveraged buyouts is expensive, people familiar with the matter said at the time. While the parties had aimed for an agreement before the end of 2022, the process was expected to slip into this year, the people had said.

No final decisions have been made and talks could accelerate over the coming months, the people said. Representatives for Global Switch and Jiangsu Shagang declined to comment, while Avic Trust didn’t immediately respond to requests for comment.