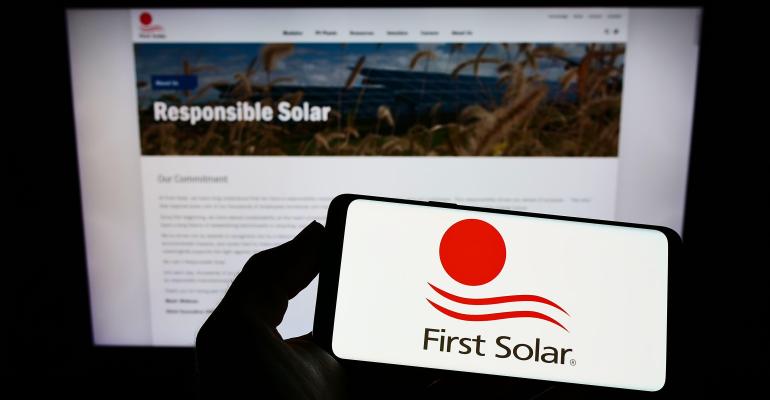 First Solar Spending $1.2 Billion on US Plants After Climate Law

A sign of good things to come for data center sustainability, First Solar commits $1.2 billion in investments in clean energy.

The company expects to choose a site in the US Southeast for a new 3.5-gigawatt facility and expand its factories in Ohio by about 900 megawatts, it said in a statement Tuesday. Three Southeast states are contenders for the new plant, with operations in 2025, according to Chief Executive Officer Mark Widmar.

While solar has surged into the US mainstream, the country sources most of its panels from Asia -- a reliance that’s threatened projects amid trade tensions and a crush of supply-chain obstacles. The new US climate law provides support for both domestic manufacturing, which is expected to spur new cleantech factories, and installations.

“We have never before had any sort of legislation or commitment to grow the entire sector all at the same time,” Samantha Sloan, First Solar’s vice president of global policy, sustainability and marketing, said in an interview. “It is a first step towards really investing in all shapes of clean-energy sectors that’s going to drive investment at every stage.”

“First Solar’s plan to build a 3.5-gigawatt manufacturing facility in the US and expand production at existing sites in Ohio could boost sales by a double-digit pace in 2025-26, with potential upside revisions to consensus. The decision appears to be motivated by the Inflation Reduction Act, signed into law by President Joe Biden on Aug. 16, which provides new incentives for domestic clean-energy manufacturing.”

The decision to expand US manufacturers is a turnaround for First Solar, which in June said it opted against doing so amid trade and policy uncertainty. President Joe Biden signed the climate law earlier this month.

“We are prioritizing the US market,” Widmar said.