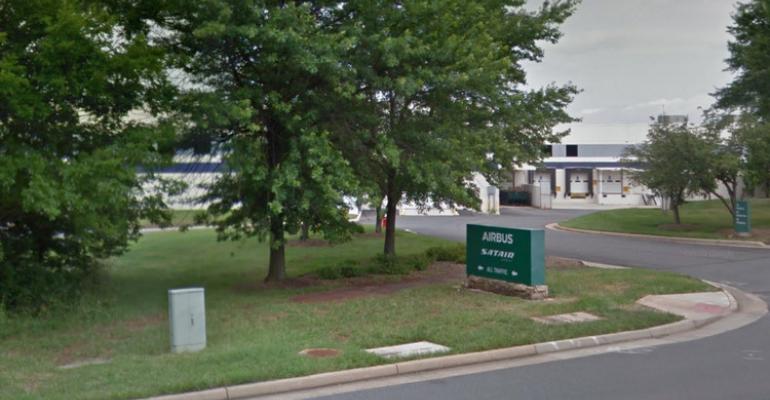 Northern Virginia is the premier data center market in the US with the largest collection of data centers in the world. In the recent past, ample available land surrounding the original Equinix campus combined with abundant affordable power, ample fiber, and a business-friendly environment, all contributed to the Ashburn, Virginia transformation into Data Center Alley.

Reportedly, over 70 percent of global internet traffic passes through Loudoun County, Virginia every day of the year.

Northern California's Silicon Valley is a high-barrier-to-entry market where existing industrial and office-flex buildings are being torn down and replaced with multistory data centers. In Ashburn, data center developers are faced with similar challenges to locate campuses close to Waxpool Road and Loudoun County Parkway, adjacent to the network-dense and highly interconnected Equinix campus that housed the original MAE-East Network Access Point. MAE-East was a carrier-neutral peering point that interconnected long-haul fiber backbones to help create the internet as we know it and is what makes nearby land so valuable today.

Last year, Cologix, Inc. purchased the 22.4-acre Christian Fellowship church site located nearby Equinix for a then-record $1.68 million per acre to reportedly build a 100MW data center campus. In May, Digital Realty purchased a 13-acre property from Airbus Americas for a record price of $2.14 million per acre. Both the church building and the Airbus 124,000 square-foot Satair logistics facility will eventually be demolished to make way for massive multi-story data centers.

Needle in a Haystack

Here is why buying existing warehouse flex-office facilities has become the new normal in Ashburn.

About two years ago, Tom Sandlin, principal at Avison Young, told Data Center Knowledge there were already few good moves left for data center players on the Northern Virginia real estate chessboard. At the time we wrote: "Imagine a combination of chess and musical chairs, where there are fewer squares remaining after each move. This game has been going on for years, so very few moves are left for the players today." 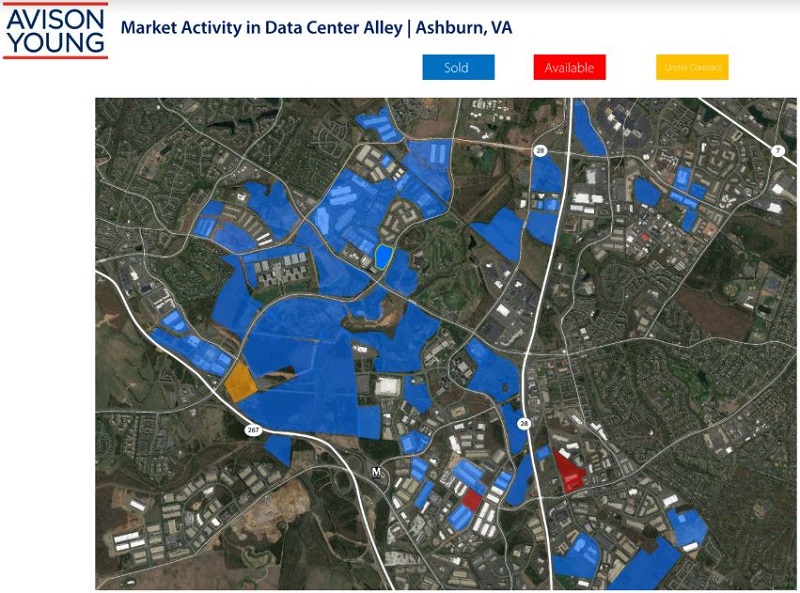 In a recent interview, Sandlin told us that locating a readily developable site for a data center campus in Ashburn was akin to finding a needle in a haystack.

According to Avison Young data, about 1,700 acres were purchased in the market for data center use between 2011 and August 2017. Meanwhile, Northern Virginia's cloud-driven land grab has continued to accelerate with 2,000 acres purchased during the following year, including the 434-acre Western Lands parcel Digital Realty purchased for $558,000 per acre in October 2018. 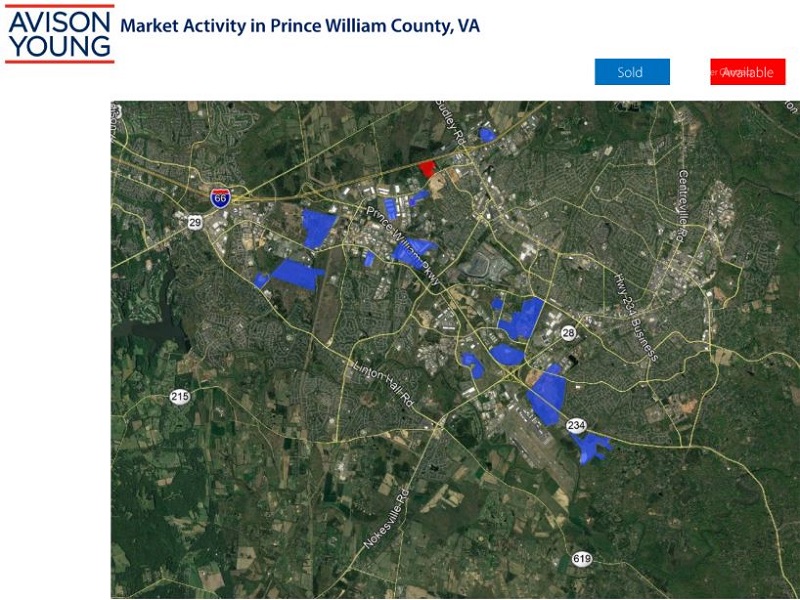 The lack of greenfield sites in Loudoun County (and the ever-increasing acquisition cost for developable sites), has turned Manassas, Virginia in Prince William County into the second largest data center market on the East Coast, according to Sandlin. The proximity to Ashburn has made it an attractive location for colocation data centers and other price sensitive deployments.

"Big land banking plays have occurred and only a few sites remain. In the future, 200-300 acres may become available in PWC depending on results of difficult rezoning efforts, although the county is shrinking their Data Center Overlay District," Sandlin said.

Prices for land in Prince William County have also skyrocketed. Back in June 2018, Digital Realty, for example, bought 62 acres in Manassas for just $261,000 per acre. Sandlin told us that today a "shovel ready" parcel of land could be valued between double and triple that price.

There is another reason for the increased development in the Manassas area. Hyperscale cloud providers prefer to have more than one availability zone in a region in order to provide customers with greater resiliency for their workloads. 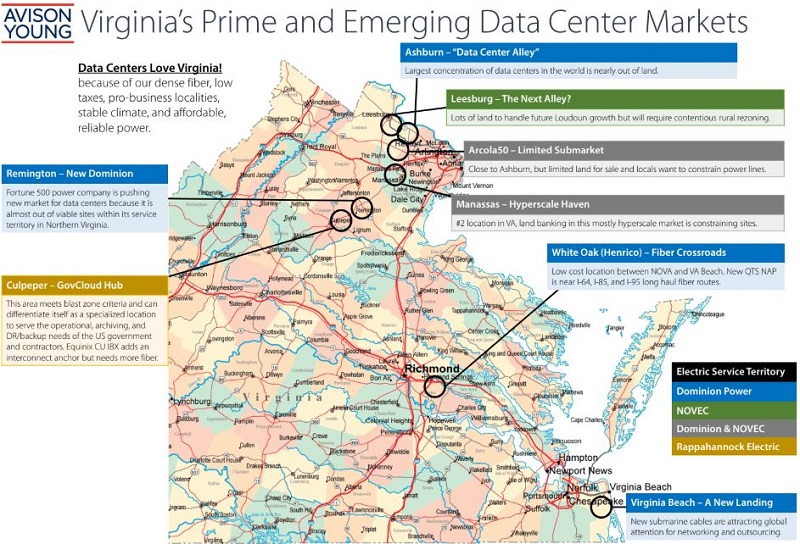 However, there are other options for large campuses outside of Data Center Alley. Sandlin explained, "The race has begun to identify the next big data center markets in Virginia. Markets with established NAP’s have a competitive advantage due to the scale of fiber existing and being installed in these areas. For example, a large fiber overbuild is being installed connecting the Equinix Culpeper NAP to Manassas and Ashburn. Furthermore, Summit IG has installed high capacity fiber from Ashburn to subsea cables in Virginia Beach via the QTS Richmond NAP in Henrico County."

Digital Realty's $2.14 million per acre purchase of the Airbus property has reset the bar for Loudoun County land prices.

Here are my takeaways regarding this transaction: 1) Digital has locked down one of the few remaining pieces of the puzzle with this strategic pin in the map; 2) This is both offense and defense simultaneously, since paying a record price per acre for only $28 million has little impact on Digital bottom line.