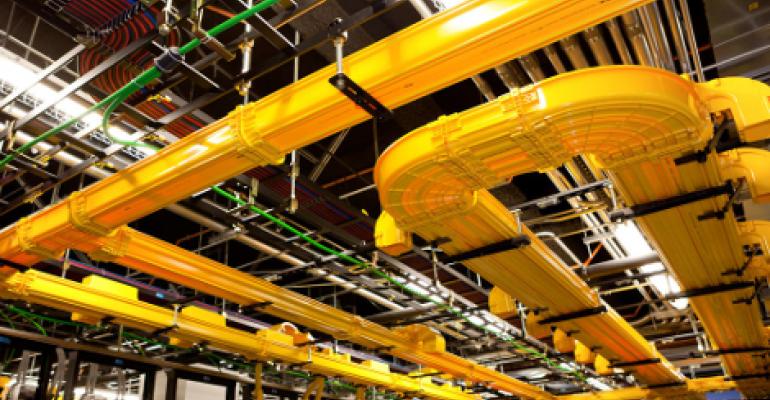 When it comes to the various REIT sub-sectors, data centers sit squarely at the top, while the broader real estate sector is treading water, down 0.6 percent. Data centers as a sub-sector are chalking up another year of outperformance, following similar gains in 2016. Many investors rely on mutual funds and ETFs which own a broad basket of all the REITs. However, this can lead to being overweight on large-cap mall REITs, shopping centers, lodging, and other under-performing sectors leveraged to GDP, employment, and consumer spending.

Data centers enjoy tailwinds of cloud computing, exponential wireless data growth, streaming media and OTT content, and increasingly Internet of Things, big data, AI, and virtual reality, which help drive outsize returns. The consensus among analysts and research firms is the shift from legacy on-premises data centers toward hybrid cloud and distributed IT architecture is still in the early innings.

Connectivity-focused CoreSite Realty (COR) continues to deliver impressive results quarter after quarter. It is easy to be lulled into thinking that it is just business-as-usual. Any single company, or REIT sector, can have a windfall year, but it’s rare to witness such a string of consistent out-performance for any asset class.

CoreSite in particular, and data centers collectively, have delivered incredible sustained performance for the past few years.

The August 2017 KeyBanc Capital Markets report titled The Leaderboard shows just how much CoreSite stands out in the field. The report evaluates 178 equity REITs across 15 sectors, including a recap of performance for both three-year and five-year time periods. CoreSite is ranked as the top performing REIT in both time frames, delivering total returns of 241.5 percent and 374.3 percent, respectively.

It should come as no surprise the data center REIT sector was ranked the top sector, at number five on the list overall, delivering an average total return of 144.5 percent.

Not all data centers follow the same business model. This leads to differences in valuation based upon the quality of the earnings. Wholesale data center providers tend to have less predictable, or “lumpier” leasing, depending on a smaller number of larger leases to grow revenues.

Read more: DCK Investor Edge: Here’s How Data Center REITs Did in the First Half of 2017

On the other hand, retail colocation data centers, which focus on network, cloud, and enterprise connectivity and tend have a larger number of smaller leases, sign leases for shorter terms, generally two or three years. But those leases are quite sticky, as tenants tend to land and expand.

Retail colocation providers such as CoreSite generally derive 75 to 90 percent of new lease revenues from existing tenants each quarter. Additionally, growing the number of cross-connects creates industry ecosystems which become more valuable over time. The monthly recurring fees charged for interconnection are a high-margin business. After reaching a critical mass, interconnection revenues often grow at a faster rate than colocation revenues from space and power.

How About Future Trends?

Investors and analysts tend to be forward-looking, as past performance cannot be relied upon to predict future results; and the future appears to be quite bright for CoreSite and its much larger peer, global interconnection leader Equinix. This past week, Equinix released the findings of the first study intended to quantify the growth of private network information exchanged compared with the growth rate of data on the public internet. (Private Data Exchange is Outpacing Internet’s Growth)

The numbers were astounding:

“The capacity for private data exchange between businesses is outpacing the public internet, growing at nearly twice the rate and comprising nearly six times the volume of global IP traffic by 2020.”

This study also found that private networks are growing faster than Multi-Protocol Label Switching (MPLS), the legacy model for business connectivity, by a factor of 10x (45 percent to four percent).

These trends play into CoreSite’s strengths, including its multi-cloud capability. This becomes a virtuous cycle, where the value of each location for CoreSite’s customers continues to increase as the number of networks and cloud providers grows over time.

In addition to price appreciation driven by earnings growth, REIT shareholders love a well-covered and growing dividend. CoreSite’s 35 percent dividend per share compound annual growth rate (CAGR) from 2011 to 2017 is nothing short of stellar.

All REITs must pay out a minimum of 90 percent of taxable income as dividends to shareholders. In return, qualified REIT earnings are not taxed at the corporate level.

However, individuals holding REITs in a taxable account are not entitled to the same lower tax rate for C-Corp qualified dividends. This makes it attractive for REITs to be held in a retirement account where dividends can compound on a tax-deferred basis and can be reinvested quarterly to boost the compounded annual returns even higher.

Many REITs deliver the majority of total return through dividends rather than price appreciation. Data centers have shown the ability to outperform through sustained growth.

This means owning CoreSite shares in a taxable account, and holding them for long-term price appreciation paid off nicely too.