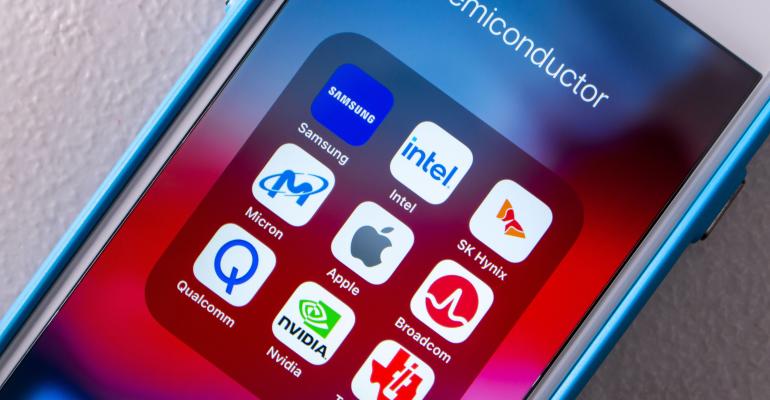 Semiconductor manufacturers are racing to beat a December deadline for an expiring Texas tax break, but so far, although eligible, data center operators aren’t following suit.

The tax break is Chapter 313, after its location in the Texas tax code, and gives certain companies – including manufacturers and data center operators – a break on property taxes in return for generating a certain amount of jobs, buying property, and making agreements with local school districts. Initiated in 2001, it’s brought billions in investment -- at a cost of $10 billion in foregone property tax revenue, which the state makes up to schools.

That’s why extending Chapter 313 failed during this year’s legislative session, meaning it will expire at year-end. In fact, because it takes months to complete school agreements, the comptroller’s office, which governs the program, advised companies to file for it by June 1.

Thus far, mostly energy companies taking advantage of it. That’s behind some objections to the program; critics say such companies would be siting in Texas anyway.
But though data centers are eligible, and companies such as Microsoft and Skybox have built or are planning to build Texas data centers, the number taking advantage of Chapter 313 is so small they don’t even register on the Texas comptroller’s website or reports on the program.

“Data centers are eligible for Chapter 313s, but they have been pretty minor players in the program,” said Nathan Jensen, professor of government at the University of Texas at Austin.
It isn’t clear why, and data center operators didn’t return messages by press time. One clue may be that Texas also offers a sales tax break on data center equipment – but not if the operator is also taking the Chapter 313 tax break.

The same is not true, however, for chip manufacturers, which have been applying in record numbers. Micron filed for eight Chapter 313 tax breaks to build a $160 billion manufacturing facility outside Austin, while Samsung filed similar requests to build up to 11 plants totaling almost $200 billion. Neither company has actually committed to build the plants, plans for which extend as long as 2043.

That’s raising the ire of critics like Jensen. Companies are locking in incentives in case they invest in the future, he said.
Chip manufacturers claim their projects won’t be viable without the tax break. “[I]n the absence of a Chapter 313 value limitation agreement, the economic rate of return on this project would be greater in locations outside the state of Texas,” Micron’s application read, according to Bloomberg.

“A key reason any chip company chooses a location is incentives,” said Jim Handy, a veteran Micron analyst and general director of Objective Analysis, based in Los Gatos, California. “That comes after a number of potential showstoppers have been crossed off, namely consistent power and water, access to transportation, a stable government, and a local talent pool.  Chips don’t require a sizeable workforce – they just need a handful of highly-talented people.” Some companies simply transplant or train people, he added.

How does the CHIPS Act fit in?

There’s more to chip manufacturers’ interest than the tax break itself. The Creating Helpful Incentives to Produce Semiconductors (CHIPS) Act, signed by President Joe Biden on August 9, offers up to $52 billion in grants to chip manufacturers. But some of them require a state or local fund match – and Chapter 313 qualifies.

“My understanding is all of these fabs cited the CHIPS Act in their applications for Chapter 313,” Jensen said. “But what is unclear is how exactly federal funds will be allocated. It isn’t a pure match, and all we know is that state or local incentives are necessary to unlock these funds. But it’s unclear if getting $1 million or $1 billion in state or local incentives affects your CHIPS award.”

Meanwhile, there’s a push to revive the tax break during next year’s legislative session. “It is extremely important that Texas remain competitive to attract major capital-intensive projects,” said Chris Wallace, president and CEO of the North Texas Commission, in an email message. “As evident by the high number of applicants and recent successes, there is a need for economic development tools, which is good news for Texas taxpayers.  We are confident that a solution will be developed to allow our school districts the opportunity to incentivize developments that create jobs and add a significant tax base to benefit schools as well as the state.”