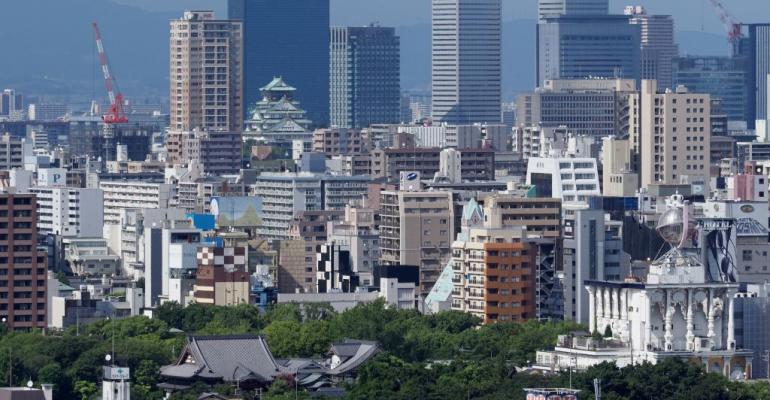 There’s pent-up demand for data center space in the country, but doing business there isn’t easy for outsiders.

Japan has emerged as a big new opportunity for data center investors. There’s pent-up demand for data center space, driven largely by hyperscale cloud platforms, and North American, European, and Chinese investors are all racing to capitalize on the anticipated boom.

But doing business in Japan isn’t easy for foreign players, and supply of appropriate and available real estate for data centers is tight. Recently, one US data center investor overcame the lack of space in Japan's major cities with help from companies snarled in a corruption scandal and in a public dispute over the country's clannish business culture.

A week earlier, Kepco executives had been impelled to make a public apology, the latest of many in a corruption scandal that has forced the resignation of the firm’s chairman, president, and numerous other executives in purges conducted in March and October last year. Keihanshin has meanwhile been facing down activist shareholders over allegations of mismanagement. Both cases concerned questions of trust that have raged a controversy for Japanese politics for the last decade.

"We would again like to express our sincere apologies to customers and society for the great deal of trouble caused by this matter," Kepco president Takashi Morimoto said in a report from a corruption investigation in August. "We are making efforts to restore trust."

A local mayor had spent 20 years and 360 million Yen ($3.4 million) in cash and gifts encouraging Kepco managers to place contracts with businesses he favored for the construction of nuclear power plants -- before the 2011 Fukushima Daiichi nuclear power plant disaster led most of them to be shut down. Shareholder activists have called for Morimoto’s resignation, taking legal action. Kepco itself is suing its former executives to restore its reputation.

Notwithstanding the scandal, Stonepeak’s move into APAC data centers was remarkable for being in APAC at all. Its mission statement has for its ten years been to invest primarily in North American infrastructure. But its senior management team is formed almost entirely of former administrators of the Australian banking giant Macquarie, a prominent infrastructure investor. Having built Stonepeak from nothing to a $25 billion portfolio of infrastructure assets, they have returned to East Asia with considerable means to build what they say will be a network of data centers across Asia Pacific.

They arrived amidst a rush of other investment funds and globalising US data center operators, all seeking to build APAC-wide data infrastructure of their own. The Chinese government intensified the competitive atmosphere over the summer by increasing its commitment to invest money in infrastructure. Some commentators also say US-China economic rivalry is being played out in a competition to possess infrastructure in the region.

The coronavirus epidemic has meanwhile increased demand for data centers, and buildings to house them. Scared off by weak and volatile markets, most Asia Pacific property investors have committed to invest their money in safe places, real estate services giant JLL said in July. China, Singapore, Australia, and Japan were deemed safe. The latter, most so, because it is deemed to have a stable economy built upon a business culture preoccupied with long-term stability. Investors were seeking to put more money in “alternative” real estate assets, such as data centers, logistics, and housing, to satisfy the needs of a society warped by the coronavirus.

The epidemic has increased demand for cloud computing as well, real estate services company Savills said in June, in a country where businesses had till now largely not adopted it. But cloud providers had found few locations with fiber-communication or energy infrastructure necessary for cloud data centers. Companies seeking to buy data center buildings had found a "persistent lack of opportunities." There had been little investment even in Tokyo's data center sector. Domestic systems integrators dominated the data center market. It was "traditionally very insular."

This view of an insular, protective data center sector that offers few opportunities for investors emerged at the annual general meeting in June of Stonepeak’s other business partner in Osaka, Keihanshin. Activist shareholders Strategic Capital harried Keihanshin over business practices they said its board members use to protect their own interests and their property holdings from outside influence. Keihanshin claims to be one of only a few companies leasing data center buildings in Japan and has a large portfolio of office and industrial buildings earmarked for transition.

The same accusations of corporate protectionism and insularity have been a controversy in Japanese politics for a decade, when prime minister Shinzo Abe made it a prong of his “Abenomics” programme of reforms. Many activist shareholders have taken up the fight against old-boys networks of executive management who protect one another from takeover, creating cosy boardrooms and stale capital that shareholders want freed to be invested more profitably. Japan reformed its corporate governance laws considerably.

Nevertheless, Strategic Capital asserts that Keihanshin’s board, stuffed with former administrators of Japanese financial conglomerate Sumitomo Mitsui Banking Corporation, always makes sure it stays stuffed with them. They maintain cross-shareholdings with other corporations, just as much to protect their own positions against shareholders who might disagree with their decisions as to stop any hostile takeover bidder finding enough willing sellers of Keihanshin stock.

The activist says Keihanshin has about a quarter of its shares tied up in cross-shareholding arrangements. It reckons the firm has also undervalued its property assets of ¥136.6 billion ($1.3 billion) by about 75 percent. It wants Keihanshin to become a Real Estate Investment Trust (REIT), like the big US data center operators, thus making its investors shareholders not in its company but in its assets, and unlocking, it says, the true value of the business. As they debated, China was preparing trials of REITs to be vehicles for its own infrastructure initiative.

Keihanshin’s answer was to put more outsiders on its board, something Abe’s legal reforms have required since 2015. Like other Japanese corporations, it has made a policy of corporate governance reform. Accounting and management associations have applauded a new culture of upright corporate governance.

It also outlined plans to focus more on data centers, which already form half its portfolio and have become even more profitable than the oligopoly of horse-race betting palaces it has managed for the Japanese state since 1948. Keihanshin’s told shareholders it planned to put more buildings up for lease to operators in “partnerships.” Data centers earn eight times more per square foot than the logistics and commercial properties it built with its betting income. Office, retail, and hospitality meanwhile have become uncertain bets for investors.

The first step in Keihanshin’s transition plan was to sell space in a skyscraper its contractors are constructing as a data center building in Osaka Business Park, where it did its deal with Stonepeak's APAC data center startup, Digital Edge. It plans to design new types of urban data centers and to expand into the suburbs and other regions, perhaps to the US and elsewhere overseas.

Existing Japanese data center owners are not necessarily in a strong position, even though investors have "very limited opportunities in Japan," said Kosuke Ogi, executive director at the real estate services firm Cushman & Wakefield. A data center's potential to sell its capacity today depends on its ability to meet criteria specified by the largest cloud platforms -- Google, Apple, Facebook, Amazon, and Microsoft -- whose demand for computing power is feeding the market.

"Older data centers, such as those owned by KB, could be in a difficult situation in the future," Ogi told DCK. Moreover, Keihanshin's portfolio is too small (by half), and its credit rating is too low to raise growth capital at the cheap investment-grade interest rates it would need for the Japanese market to accept it as a REIT.

Data center operators and investors have been forced to form joint-ventures with local firms they might otherwise have sought to compete with, according to Savills. A joint-venture between US data center giant Digital Realty and Japanese conglomerate Mitsubishi Corporation in 2017 was an example of this, it said. Equinix, another of the world’s largest data center operators, had leased data centers from Keihanshin itself when it first went into Japan. But in April it became a minor part in an APAC venture with Singapore sovereign wealth fund GIC.

Stonepeak already backs Cologix, which competes with Equinix and Digital Realty in North America. But it created a new company to expand into APAC and put up $1 billion to do it. It hired to run it a couple of former Equinix APAC directors who set up its leasing deals with Keihanshin.