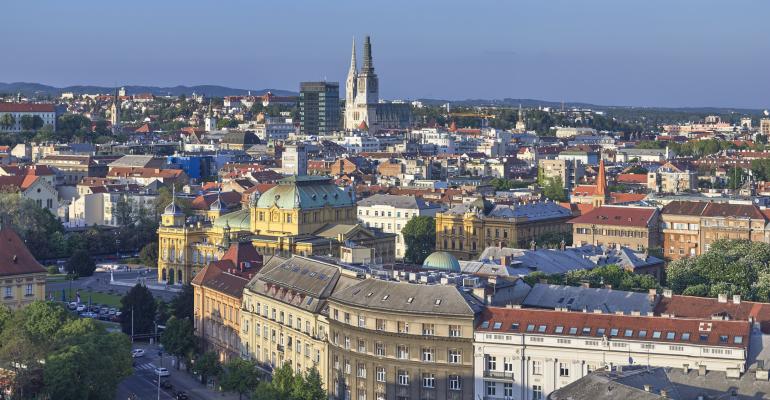 Acquires Altus IT, whose Zagreb colocation data center is a key nerve center of the region’s connectivity.

Its subsidiary Interxion announced this week that it has acquired what it described as the leading data center provider in Croatia, gaining its first location in southeastern Europe, and land for expansion in Madrid.

The news is yet another illustration of the data center capacity expansion global cloud platforms are driving in locations that until recently hadn’t been viewed as major data center markets. Companies like Interxion operate facilities that act as gateways onto the networks of carriers and increasingly cloud providers, and their decisions about where to build or buy data centers increasingly follow strategic needs of cloud platforms like AWS, Microsoft Azure, Google Cloud, IBM Cloud, or Oracle Cloud.

Interxion didn’t say how much it paid for Altus IT, the Croatian colocation provider.

If you’re after real estate assets that serve as major network gateways, the Altus data center in Zagreb ticks all the right boxes. It has more than 100 customers, according to Interxion, and provides access to “approximately 50 connectivity providers – including five tier-one carriers – and two main internet exchanges, establishing it as one of the most interconnected communities within the region.”

Importantly, Altus recently added network nodes of “leading cloud service providers,” Interxion said but did not specify who the providers were. Altus doesn’t list them on its website, and it’s likely that the ink on those contracts has yet to dry.

The Madrid land acquisition isn’t as big strategically as the Altus deal. Interxion has operated data centers in the city for two decades and claims to manage “more than half of Spain’s internet traffic.”

The new 3.6-acre parcel gives it runway to expand colocation capacity in the market by up to 34MW. The future facility on the plot will be Interxion’s fourth data center in the city.