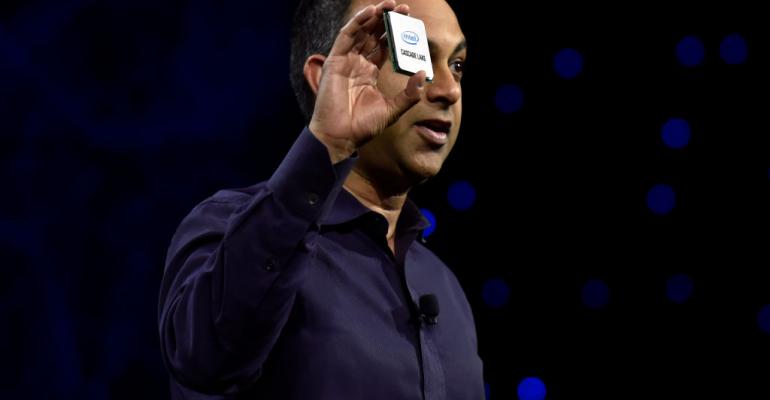 The company said third-generation Xeon Scalable processors were undergoing a "volume ramp" on its 10nm production.

Ian King (Bloomberg) -- Intel Corp. said a server chip built with its best production technique will be available in large volumes in the first quarter, an attempt to convince customers that its manufacturing operations are recovering from long delays.

Advances in semiconductor manufacturing are measured in nanometers, or billionths of a meter, with smaller and smaller transistors crammed onto silicon wafers with each new iteration. This is a key way chipmakers create faster, more efficient and cheaper products.

“Today marks a significant milestone for Intel as we continue to accelerate the delivery of our 10 nanometer products and maintain an urgent focus on execution to deliver a predictable cadence of leadership products,” said Navin Shenoy, executive vice president and general manager Intel’s Data Platforms Group.

Intel’s data center business is its most profitable unit. Xeon chips are the heart of giant server farms run by cloud providers such as Amazon.com Inc. and Google. They’re the biggest buyers of these semiconductors, which can cost as much as a small car. However, these customers have begun designing their own data center chips and often have Taiwan Semiconductor Manufacturing Co. make the components. TSMC is ahead of Intel in production technology.

Intel executives have promised more regular updates to its Xeon roadmap with products that offer leading performance. New models will have improved security, more computing cores and be better suited to dealing with artificial intelligence workloads, Intel said on Monday.