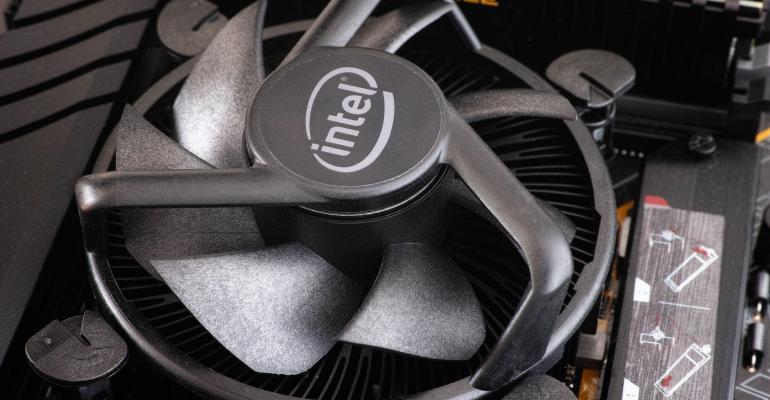 Intel Releases Data Center CPUs and GPUs, But Will It Stave Off Stock Woes?

Intel announced an update to their next-generation server chip – the Xeon CPU Max Series and the Data Center GPU Max – in the hopes of capturing market share from rival Advanced Micro Devices (AMD).

This comes on the heels of Intel’s poor 2022 earnings report, targeted layoffs, restrictions on Chinese access to US semiconductor technology, and the return of Chief Executive Officer Pat Gelsinger.

Under Gelsinger, Intel has been working to restore its leadership in semiconductor process technology, an effort that required the company to retool factories for expansion of its GPU business. R&D and production issues have delayed the shipment of the Xeon CPU Max Series, formerly called Sapphire Rapids, and the Data Center GPU previously known as Ponte Vecchio.

The delays impeded Intel's data center business, handing AMD 30.3 percent of the server processor market by the third quarter of 2022. It may be difficult for Intel to quickly regain the lead. AMD is expected to release its latest-generation Epyc server processors before Intel brings the competing Xeon CPU and Data Center GPU to market by January 2023.

Adding to Intel’s woes is Samsung overtaking them in 2021 to become the world's primary semiconductor vendor by revenue, according to preliminary results by research firm Gartner. The report adds that Samsung had 13 percent market share, compared with 12.5 percent for Intel. Last year, Intel had the lowest growth rate among the top 25 vendors at just 0.5 percent according to Gartner.

Gelsinger addressed these issues saying that Intel is getting “to a better point of supply-demand equilibrium” in a Q3 earnings call.

“We were way behind on demand and supply for many, many quarters in a row. Clearly, the last couple of quarters have seen adjustments of inventory levels and we think that we're going to be in a better supply-demand balance situation as we go into next year,” Gelsinger said.

Intel’s road to recovery included positive third-quarter results with a revenue of $15.3 billion, and shares of Intel stock rallied right before the Nov. 9 chip announcement. Intel also gained back 8 percent since hitting a 52-week low on Oct. 13. But this is still $3.9 billion less than 2021’s Q3 earnings and well below their historical norms.

How Intel Survives in a Market No Longer Dominated by PCs

Both the Xeon CPU Max and the Data Center GPU, have been a point of scrutiny in the HPC industry due to production delays. However, Intel said in late September that it is shipping blades with Max Series GPUs to Argonne National Laboratory to power the Aurora supercomputer.

BofA Securities Analyst Vivek Arya says Intel’s stated goals are hard to accomplish making everything stacked against a turnaround. Arya adds the “company's goal of achieving process leadership by 2025 assumes flawless execution on five nodes in four years, which is tough to achieve.”

Still, Intel's announcement of its GPU strategy seems like a powerful ploy to gain traction against AMD. Gelsinger hasn't offered other viable long-term solutions beyond big buybacks, cost-cutting measures, and the divestment of its profitable NAND memory business.

Recently, the Biden administration banned chip makers who receive funding from the U.S. Chips and Science Act (CHIPs), approved by Congress in August, from building advanced technology facilities in China. It is part of the American response to US firms demanding more government support to reduce reliance on components produced in Chinese factories. The act aims to increase domestic manufacturing of semiconductors with a $50 billion investment in companies that apply.

Intel can regain some market share here as fabless (outsourced fabrication) chip companies like AMD and Nvidia design chips but do not manufacture them. The rivals would see no direct benefit from subsidies to build plants or tax benefits for production tools. Intel has said previously it hopes to receive as much as $3 billion for each new fab it builds in the U.S. and has noted the $3 billion per fab is a cap in the legislation.

The Xeon Max CPU is the first x86-based chip with high bandwidth memory (HBM), which the company said accelerates many HPC workloads without the need for code changes. The Max Series GPU is Intel’s highest-density processor, packing more than 100 billion transistors into a 47-tile package with up to 128 gigabytes of high-bandwidth memory (HBM).

The Xeon Max CPU offers up to 56 performance cores constructed of four tiles and connected using Intel’s embedded multi-die interconnect bridge (EMIB) technology, in a 350-watt envelope. It contains 64GB of high bandwidth in-package memory, as well as PCI Express 5.0 and CXL1.1 I/O. Xeon Max CPUs will provide more than 1GB of HBM capacity per core, enough to fit most common HPC workloads, according to Intel.