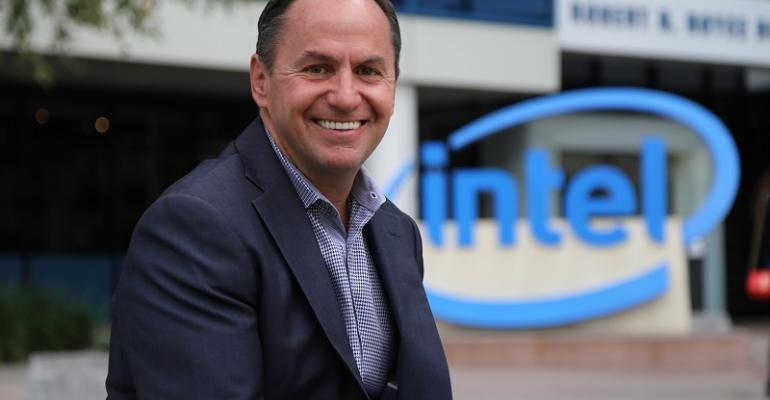 Intel Is Delivering More Than 90% of Products on Time

Chips can take as long as three months to produce, meaning the ones coming out of Intel plants now would have been started before the global Covid-19 slowdown kicked in.

Chief Executive Officer Bob Swan told customers in a letter posted on the company’s website that he is “inspired by the deep commitment of our teams to sustain our manufacturing, assembly, test and supply chain operations in Oregon, New Mexico, California and Arizona, as well as Israel, Ireland, China, Malaysia, Vietnam and other Intel and partner locations around the world.”

“They are working hard to make sure you can continue to be successful,” he added.

Intel’s products are essential components of personal computers and the server machines that run corporate networks and the internet. Continued output from its factories is a vital part of the global supply chain as the technology industry scrambles to deal with the effects of the pandemic.

Semiconductor plants are some of the most automated facilities in the world and require very little human involvement directly in the manufacturing process. The electronic components take as long as three months to get through the multistep process. That means chips coming out of Intel’s plants now would have been started before the Covid-19 virus kicked in and caused a lockdown of big chunks of the world’s population.

Santa Clara, California-based Intel has been trying to increase its output to meet customer demand for more than a year after struggling with the introduction of a new advanced technique. It had planned to improve output this year to accumulate inventory and make sure all its customers were served. Companies such as Dell Technologies Inc. have complained that processor shortages have hurt their earnings.