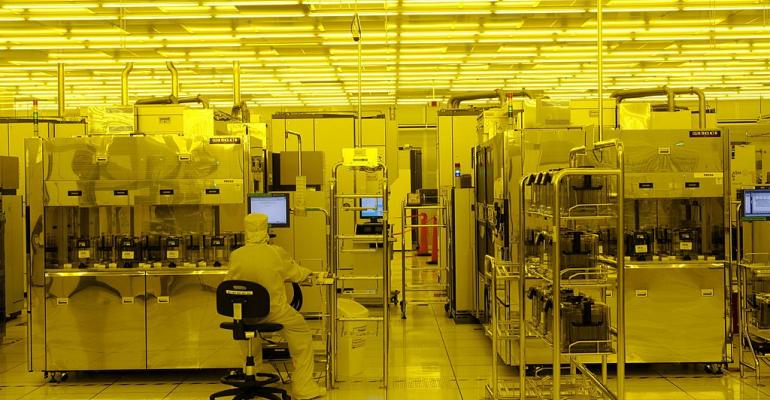 Getty Images
Engineers and scientists work in the laboratory of Tower Semiconductor, producing computer chips for on March 05 2007, in Migdal Haemek, Israel.
Companies>Intel

Tower makes power management chips, image sensors and a variety of other semiconductors.

Intel will pay $53 per share in cash for Tower, according to a statement Tuesday. The companies’ boards have approved the transaction, which they expect will close in about 12 months.

Shares of Tower rose 36% in Tel Aviv on Tuesday. Intel shares fell less than 1% in New York as the market opened, with analysts taking a tepid view of the deal.

Gelsinger, who took the CEO job a year ago, is betting he can compete with Taiwan Semiconductor Manufacturing Co. in the chip-foundry market -- the contract manufacturing of semiconductors for other companies. His comeback plan for Intel involves modernizing its factories and building new ones aimed at restoring its leadership in chip technology.

With Tower, Intel is acquiring customers and expertise. The chip-foundry industry requires experience in handling different types of chips and designs. Intel has previously had little success in that area because of a lack of commitment to it, Gelsinger has said. Intel’s factories have historically produced only its own designs.

Tower makes power management chips, image sensors and a variety of other semiconductors. Its customers include Analog Devices Inc. and Broadcom Inc., according to data compiled by Bloomberg.

What the move doesn’t provide is scale. Tower had annual sales of about $1.3 billion last year, a fraction of TSMC’s $56 billion.

Analysts at KeyBanc Capital Markets called the deal “moderately positive” for Intel. Since Taiwan Semiconductor is a specialty foundry, it’s unclear whether the acquisition will help Intel expand to the same volumes and compete with Samsung and TSMC on mainstream process technologies.

TSMC’s sales are expected to grow about 27% in 2022, according to data compiled by Bloomberg. The Hsinchu-based company, which pioneered the market, accounts for more than 50% of industry revenue and makes chips for many of Intel’s key rivals, a list that includes Advanced Micro Devices Inc. and Nvidia Corp.

Tower, which is based in northern Israel, was formed from the combination of other companies’ plants, starting in the 1990s. It also owns a factory in Texas. It’s similar to, but much smaller than, GlobalFoundries Inc., a U.S.-based chip manufacturer that Intel considered making a bid for last year. A deal never materialized and GlobalFoundries’ owner, Mubadala Investment Co., proceeded with an initial public offering of the company last October.

The Tower deal is just part of Gelsinger’s plan to get Intel back on track. He’s also building a factory in Ohio that could cost $20 billion and new facilities in Europe. The spending spree is weighing on Intel’s profit margins and put investors on edge.

The company’s earnings missed analysts’ projections last quarter, and it gave a disappointing outlook. But Intel has said that profit margins could be back to their historically high levels within five years.

Gelsinger also is seeking government funding to rebuild manufacturing in the U.S. and Europe, arguing that too much of the industry’s production has shifted to Asia.

“This is a big investment cycle for us as a company,” he said in an interview following the earnings report last month. “It is the right one for Intel -- it is a critical one for our industry and for our nation.”