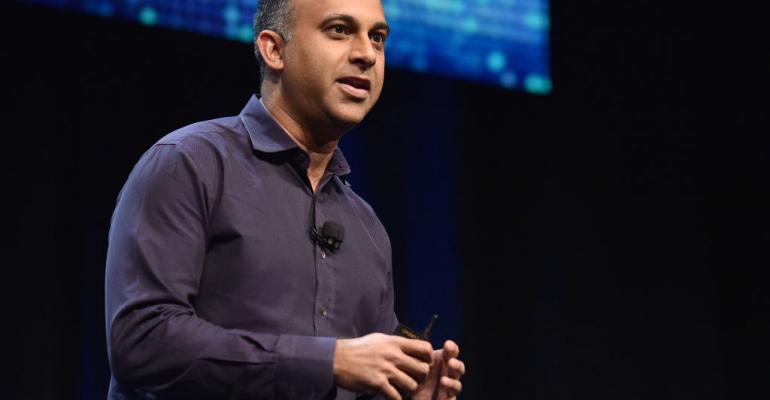 “We believe we’re headed for the biggest build-out of technology infrastructure in human history.”

Ian King (Bloomberg) -- Intel Corp., the world’s largest chipmaker, said it’s offering a revamped version of its Xeon range in time for what it sees as the “biggest build-out of technology infrastructure in human history.”

The company has struggled with updating its manufacturing – a key part of improving the ability of processors – and is now bringing a technology called 10 nanometer to server chips. The new versions perform, on average, 46% better than their predecessors, Intel said Tuesday.

Intel is trying to respond to a renewed challenge from Advanced Micro Devices Inc., a company it had banished to less than 1% share in the lucrative server processor market. Intel plans to be “super aggressive” in competing, according to Navin Shenoy, who heads the Santa Clara, California-based company’s data center business.

The manufacturing delays were among the issues that plagued the once-dominant chipmaker, sending its stock down almost 17% last year and leading to the appointment in February of Pat Gelsinger as chief executive officer. Gelsinger, a former longtime Intel executive who left in 2009, last month announced a new strategy to revive the company’s technological prowess.

Shenoy said that regardless of the competitive dynamics, Intel’s new flagship is being rolled out at a time of unprecedented demand for computer and networking infrastructure. The pandemic helped accelerate what the technology industry is calling the digitization of the economy.

“We believe we’re headed for the biggest build-out of technology infrastructure in human history,” he said in an interview. “We’re seeing that in real time.”

Shenoy said the changes in the economy are profound, and not just confined to the effects of the pandemic. For example, online conference calls have replaced air travel, hotel use and the need for rental cars, he said. The use of computing over the internet in the cloud and the building of fifth generation, or 5G, cellular networks will change multiple industries and spur demand.

The new Intel chips will have as many as 40 computing cores built into one piece of silicon. They’ll also be able to access much more memory, a bottleneck for server performance, the company said.

Shenoy said Intel’s unique strength is its ability to offer a range of chips – memory and artificial intelligence software accelerators – that customers need as much as bumps in processor speed.