The global infrastructure for domain registrar Go Daddy is anchored by a 320,000 square foot data center in Phoenix, which came online in June 2006 and has been gradually expanded with eight data halls, with room for another eight pods for future expansion. Over time, the designs have evolved to support greater density, starting at about 100 watts per square foot and increasing to as much as 300 watts per square foot in the newest data halls. The building features both slab and raised-floor environments, with overhead power cabling throughout. Here's a closer look at Go Daddy's Phoenix data center: 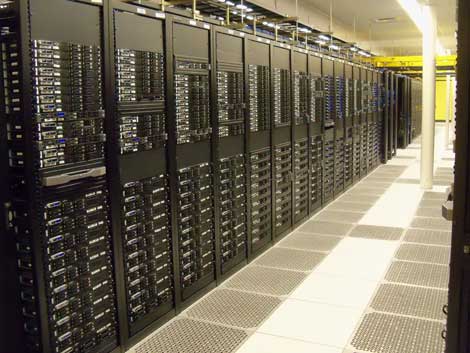 Here's a look at one of the data halls (pods). These racks house 24 servers each, with power density of about 8 kilowatts per rack. The room uses a hot aisle/cold aisle design, with cold air entering through the 36-inch raised floor and exiting through a return plenum in the ceiling. The room is maintained at an average temperature of about 72 degrees. (Photo: Rich Miller) 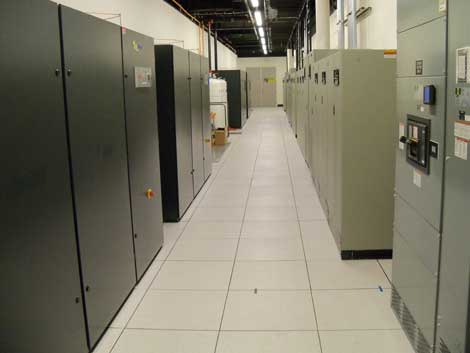 The air handlers and other mechanical equipment are housed in separate corridors, separate from the servers in the raised-floor area. This allows for more "white space" being dedicated to servers, and allows vendors to service the equipment without requiring access to the server area. (Photo: Rich Miller). 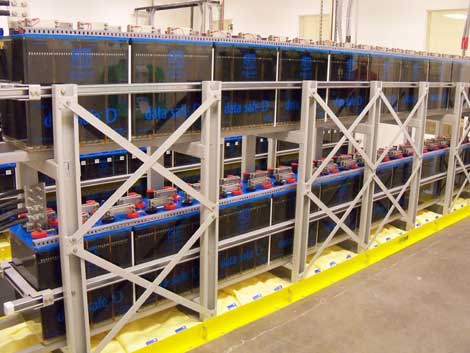 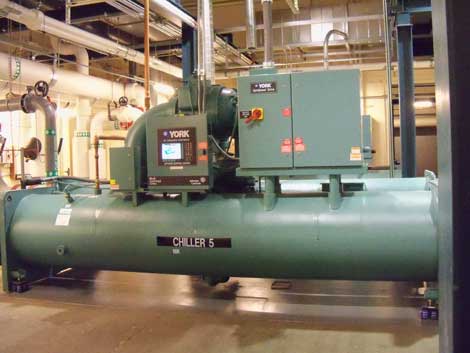 The cooling system is supported by 5 York chillers, which supply chilled water to support the 26,000 devices hosted at the facility. (Photo: Rich Miller) 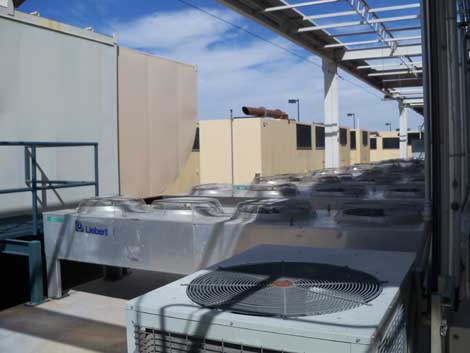 The Phoenix facility is supported by 11 Cummins diesel generators ranging in size from 750 kW to 2 megawatts. The data center currently has 14 megawatts of power capacity, with an upgrade underway to expand that to 24 megawatts. (Photo: Rich Miller)