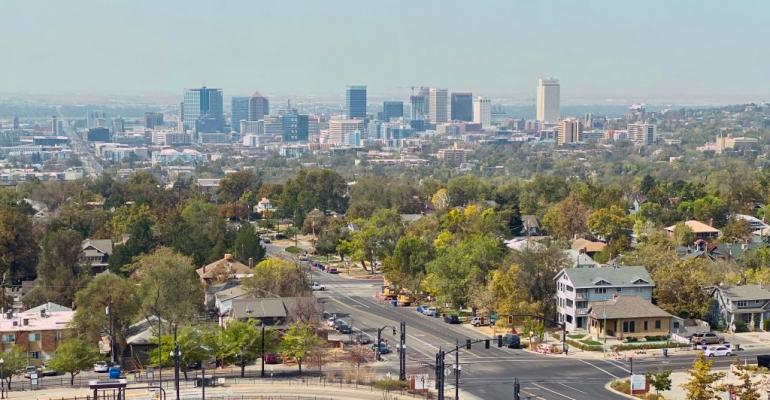 Several of the region’s characteristics add up to an attractive TCO for infrastructure to support digital transformation. 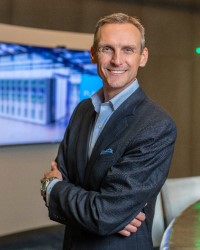 Andrew Schaap is CEO of Aligned

The technological leap global companies’ digital transformation initiatives took over the last nine months was expected to unfold over five to ten years. With more and more vital B2B and B2C services becoming digitized every day and with wide adoption of video conferencing and cloud collaboration tools, many organizations have determined that their teams can operate remotely and outside of traditional corporate office hubs, at least for the foreseeable future.

In view of the “favorable tailwinds around digital transformation,” the global data center and interconnection market is poised for continuous growth, according to a report by Structure Research. Estimated to be worth $53.9 billion in 2020, the sector is projected to increase at a compound annual growth rate of 11.4 percent to reach $92.4 billion by 2025.

The acceleration of digital transformation is also changing the geography of desirable data center markets. What were once considered Tier 3 markets are now considered Tier 2 and sometimes even Tier 1 markets. Additionally, “data gravity” is having a profound effect on data center locations, with large enterprises, cloud, and Software-as-a-Service (SaaS) providers needing to move elements of their IT away from their respective headquarters, centralized cloud campuses, or remote locations, and closer to where data is generated, utilized, or consumed to overcome the challenges of application latency and overall performance.

Like the physical laws of gravity, the more data accumulates in a location, the greater the pull that location has for more services and applications, generating even more data. But there is also a reverse corollary. As datasets grow larger, they become harder to move, creating an event horizon that is beyond the reach of useful technologies such as advanced analytics, AI, and machine learning applications, which have become integral to digital transformation. Much of this data is coalescing and becoming denser and heavier in major global metro markets.

Responding to these dynamics, some data center providers are focusing their strategy on creating interconnection ecosystems around the data repositories in these metro hubs. Other providers are creating a new architecture in which enterprises place hybrid cloud infrastructure near remote cloud campuses, creating demand for multi-tenant data centers in these regions.

Yet a third approach has been to offset the effects of data gravity by designing and deploying adaptive, built-to-scale data centers of 30MW to 100MW near remote cloud campuses, but also in metro markets, in vicinity of cloud providers’ clients. Salt Lake City is a prime example of this approach, and its desirability as a data center location warrants a close examination.

Among the Best TCO Markets in the US

It wasn’t too long ago that Salt Lake City was considered a Tier 2, if not a Tier 3 data center market. But that perception has been rapidly changing. Considering the rising regional demand for latency-sensitive online services, we’re now witnessing a flurry of large enterprises and hyperscalers deploying infrastructure in what has become known as the Silicon Slopes. It’s simply no longer realistic to serve the Salt Lake City market from as far away as Los Angeles.

Just recently, Google Cloud Platform launched in the region, providing customers added flexibility to distribute their workloads across Western US, including in existing cloud regions in Los Angeles and Oregon.

A growing technology hub with a highly-educated population from which to draw talent, the Salt Lake City area offers extensive fiber infrastructure with robust interconnectivity and high-bandwidth access to top-tier carriers while boasting the fastest internet speeds in the Intermountain West — among the fastest in the nation. As a highly desirable colocation site, the State of Utah enjoys some of the lowest electricity and natural gas rates in the nation. rRenewable energy sources such as solar and wind are also rapidly growing. Data center facilities administrators will be happy to learn that Utah is a cold desert, which means low humidity levels enable data centers to employ ambient cooling techniques and reduce cooling costs.

The state’s low occurrence of natural and man-made catastrophic events, among the lowest in the nation, should also be of comfort, especially as compared to West Coast and Pacific Northwest data center markets such as Santa Clara and Portland-Hillsboro, whose risk factors include seismic instability, climate exposure, and water scarcity. Host to the 2002 Winter Olympics and a US candidate for their return in 2030, one can also be assured that skiing and snowboarding also aren’t bad in the Salt Lake region.

While no one has a crystal ball, given the rate at which companies are expanding and digitizing services to meet regional customer demand, it’s entirely reasonable to predict that the Salt Lake City data center market will double in size within the next two to three years. A major growth driver, capping off the market’s list of advantages, is the Utah Senate Bill 114 – Sales and Use Tax Exemption Amendments, which modified the sales and use tax exemptions related to certain data centers.

Under the Utah legislation, qualified data center owners, operators, and customers are exempt from sales tax on purchases of data center equipment with an economic life of at least one year used in their operations. The exemption is not limited to servers. It also covers other data center equipment and machinery, as well as standard maintenance, repair, and operating (MRO) parts. Additionally, these flexible tax incentives do not carry any mandates specific to capital investment, lease term, provisioned capacity, or job creation requirements. The Utah sales and use tax exemptions cover data centers of 150,000 square feet or larger and are retroactive to data centers constructed after July 1, 2016.

To be clear, many states now use economic incentives to attract data center projects, and yet none too many can match Utah’s pro-business environment, the state’s low corporate and personal income tax rates (5 percent and 4.95 percent, respectively), or the availability of affordable land for new data center builds and expansions.

As one of the best total cost of ownership (TCO) markets in the US for colocation, Utah tax incentives can translate into significant savings — millions of dollars in some cases — for Salt Lake City data center clients. In the face of ever-increasing data gravity, and as companies continue their journeys of digital transformation, a low-TCO data center location in the Intermountain West that solves for the challenges of application latency and overall performance certainly bears further investigation.