Why the Russian Data Center Market Is the Next Frontier

Guy Willner explains why after a decade of doing data center business in Russia he thinks many more fortunes can be made there.

This is the first article in a two-part series in which Guy Willner, co-founder and CEO of IXcellerate, explains the basics of the Russian data center market and makes the case for investing there.

My international friends, partners, and former colleagues often ask me why I invest in Russia, and why I think Russia is such an important market. After more than a decade of working there and opening two successful data centers in the country, I am convinced that Russia is one of the best geographies for making a fortune in the data center industry.

Russia’s Data Center Industry Is Too Small for Russia

Until just a few years ago, there was more data center capacity in Luxemburg than in all of Russian Federation. This is the main reason the Russian market is set to grow at more than double the growth rates in the US and Western Europe over the coming five years.

iKS Consulting,  a leading specialist in the Russian tech sector, estimated that the size of the Russian data center market in 2019 was about $450 million. Various experts estimate that the average annual growth rate is anywhere between 18 percent to 30 percent (in Russian). The variation, as usual, depends on the researcher’s optimism. I personally believe that in terms of revenue the industry will grow 22 to 25 percent annually for the next few years – much faster than in Western Europe or the US.

Even this amount is not enough to serve the growing needs of the Russian economy and the country’s ambition to be a net exporter of data center services in the future. The current concentration of data center providers in Moscow is probably the best illustration for how immature the market is.

Future Growth Engines are Outside Moscow and St. Petersburg

According to most researchers, the Russian data center market is excessively centralized. About 65 to 70 percent of all racks are in Moscow (in Russian), and a further 15 to 18 percent in St. Petersburg. For a country with 11 timezones the situation is abnormal.

Data centers are “airports of the internet.” They should be located next to all key hubs for “passenger” traffic. The national data center industry has started to develop in Moscow and to some extent in St Petersburg, because the demand in those markets was highest. It hasn’t yet matured enough to serve other hubs.

There are 10 cities in the US with population over 1 million. There are 15 in Russia, at least 10 of them major technology hubs, including Novosibirsk, Ekaterinburg, Nizhny Novgorod, Kazan, Samara, and more recently Vladivostok.

Opening a commercial data center near any large city can stimulate growth of local internet businesses – the same way opening of a new regional airport does. This argument, as well as general focus on new infrastructure investments, led to the inclusion of special industry support measures in the government’s Digital Economy of Russia program launched in 2019.

Rostelecom, the top player, will own about 25 percent of the market after the recently announced purchase of DataLine is completed. The second-largest player, IXcellerate, has 8.8 percent market share. DataPro is in the third place with 6.9 percent in 2019 (in Russian).

This means that the top three companies have 42 percent of the market. Such high concentration of market power happens only in very young or very old markets. In Russia’s case, it’s the former rather than the latter, so there’s still room for many more players. 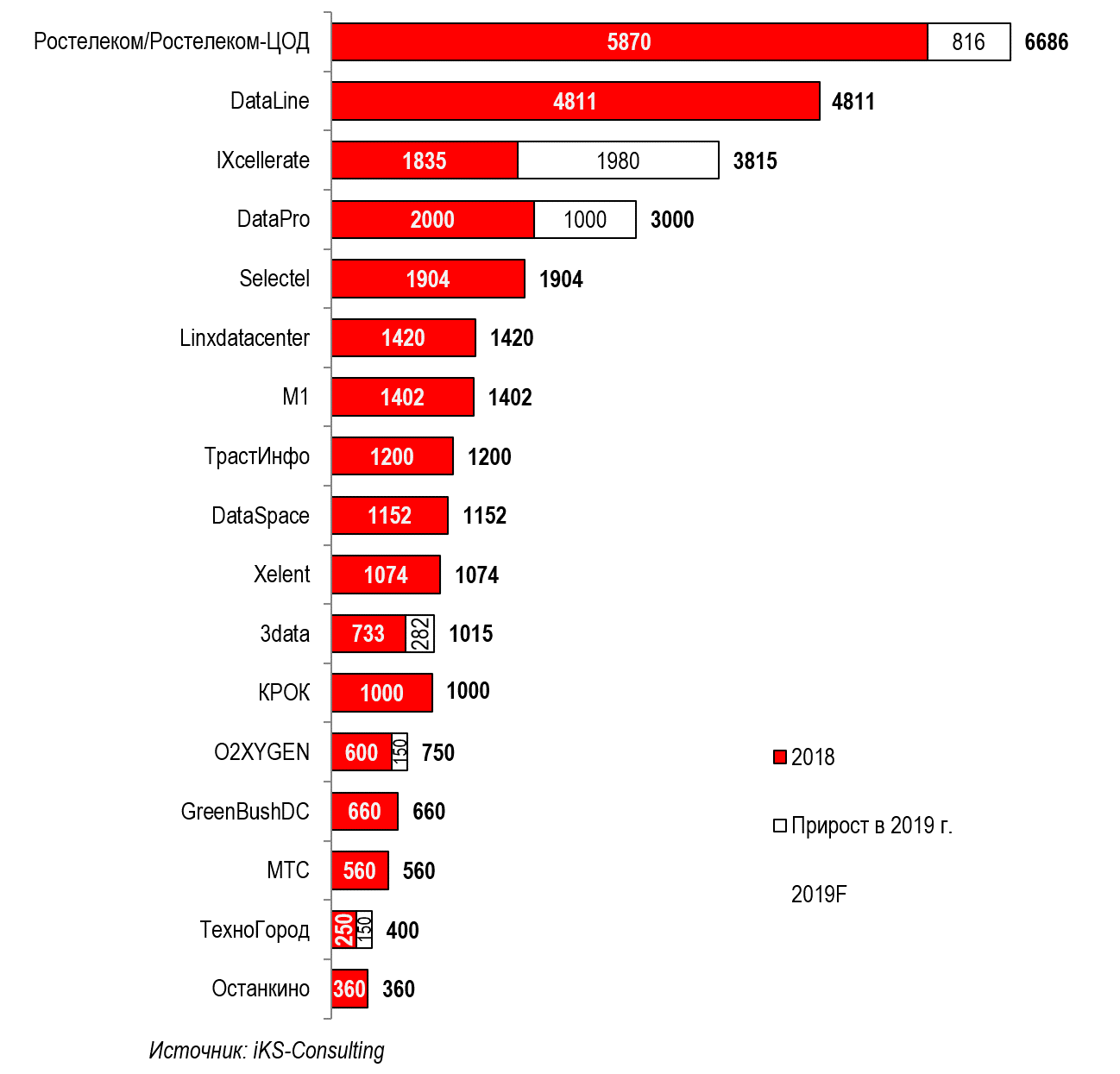 It’s important to note that global data center market leaders are not in Russia yet – the industry consists primarily of local players.

The market’s current structure and dynamics can be a cue to major global data center brands to take a close look at Russia as a place where they can build their own business from scratch or through acquisition of local players. I am quite sure that some of them are already studying this market and expect a surge of M&A activity in the next few years.

I strongly believe that the Russian data center market offers plenty of opportunity for growth. It is true that political tensions might slow down entry by new international players and complicate raising capital. But on the other hand, they make for fewer competitors and better profitability.

In our industry, characterized by long-term investments and deferred returns, it’s very important to understand the true market drivers and economic trends. Here’s some basic advice for anyone starting a business in Russia:

I hope I’ve answered some questions about this new Internet Eldorado. In the next article of the series I will attempt to describe the most important sectoral factors influencing the shape and dynamics of the Russian data center market.