Storing any kind of 360-degree footage will require storage that is highly responsive and provides smooth transitions to all users viewing the video. 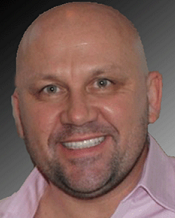 Three-hundred sixty-degree video, alongside augmented and virtual reality, is redefining the nature of the visual experience. By merging a world of visual intelligence with the physical world, entire industries can reshape how they process information.

The potential creative implementations in businesses, entertainment, and education are limitless. Virtual and augmented reality allow users to view their world in an entirely different manner, wholly separate from the physical world. These new video formats allow viewers to be transported into a visual plane of infinite possibilities, whether that’s as simplistic as a 360-degree street view or an interactive ongoing medical procedure. It’s no wonder these technologies hold so much potential.

However, with these new advances in technology comes a demand for better, faster storage. Storing current 4K 360° footage from drones, Google Maps, and sporting events, let alone transmitting it across the internet, puts a serious strain on existing hardware. Trying to transmit a virtual reality experience across similar channels is even tougher. The advances in the realm of video and virtual reality are astounding, but modern hardware needs to advance at a similar or faster rate to ensure it doesn’t go to waste.

We’re seeing a global trend toward 360-degree video becoming commonplace. Sporting events, Google Earth, drone footage, and virtual reality all create an immense demand for a responsive, clear picture, even in 360 degrees. While the solution may seem as simplistic as adding more storage, providing such a service requires technology far beyond existing consumer-grade hardware.

On one level, the data and computing power required to render a 360-degree 4K immersive landscape is immense, but the storage capacity required for such an experience is even greater. Storing any kind of 360-degree footage, whether it be drone or virtual reality, will require storage that is highly responsive and provides smooth transitions to all users viewing the video. This includes streaming, compressing, and storing the video, all without so much as a hiccup. From a storage perspective, that’s a big challenge.

Why Does This Matter in the World of Storage?

For most industries, a petabyte of storage is enough to handle company data, with smaller scale servers in isolated locations. However, it’s been predicted that almost a zettabyte of storage will be transferred, shared, and consumed over telecom networks within the next few years. That’s only the data being transmitted over networks and doesn’t include data center storage. Such an immense amount of data will only increase exponentially as virtual reality becomes more and more common.

While video and visual media already makes up a large part of internet traffic, storing and transferring 360-degree video places an incredibly high demand on all hardware involved. Data centers will need 10 to 20 tiimes their current amount of storage to accommodate these new video files, depending on resolution, compression, equipment, and other factors. While the impact of virtual and augmented reality on global industries will be immense, enterprises will need to significantly upgrade their existing hardware and storage solutions to be able to accommodate these new forms of the visual experience.

Our desire for immersive, responsive, beautiful experiences will continue to drive this demand for computing power. Virtual reality, and eventually immersive reality, will be the catalysts that continue to advance innovation. Industries will need faster response times, more storage, better processing speed, and that demand will only continue to grow.

Not only that, but the impact these enhanced reality technologies will have on global industries is incredible. Virtual reality allows users to see objects and forms outside of the physical realm, which will lead to new ways to preview buildings, machines, and even cars before even a prototype is built. It will allows educators to display concepts or medical procedures in a safe, secure environment. Augmented reality will enhance classroom learning experiences and make global communication more personable. Holographic video chat could become common. However, every one of these industry altering advancements will continue to require more and more storage.

Technology firms will need to create better storage platforms, introduce faster cloud computing, better graphics cards, and more, all to accommodate for the growth of these reality enhancing technologies. The demand for seamless transfers from data storage alongside a 360-degree experience will become an every day challenge. While enterprises today have the option of using technology outdated by a few years, the innovation that will arise from the introduction of virtual reality will make even today’s technology advance even further.

Industries need to start planning for the future now. They need better storage solutions, a stronger software-defined storage network, and a hybrid cloud storage solution to just keep up today. Imagine how much more will be involved in just ten short years. As the data transferred over telecom networks continues to increase due to these new video formats, enterprises will need to adopt new ways to manage, consume, and store data for the betterment of their business.