The Race to the Edge

As the move to the edge accelerates, the challenges resulting from the shift in data gravity points toward a need to re-architect the internet. 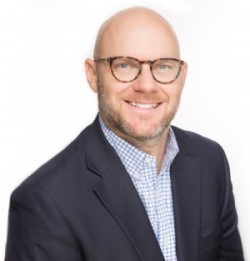 As local and national economies slowly reopen and stay-at-home orders gradually lift in the wake of the global health crisis, many questions remain concerning the current and future state of the network, and the intensifying role of data centers, cloud services, carriers, and content providers in providing access to much-needed digital services. While COVID-19 failed to break the internet, there’s no doubt that we’ve watched it undergo considerable strain, with markers worldwide pointing to the need for a significant rearchitecting of our global communications infrastructure.

As populations worldwide made the shift to working, learning, and playing at home, we’ve seen soaring increases in data traffic accompanied by dramatic decreases in download speed. In one month, according to one cloud computing provider, the UK saw data traffic increase nearly 79 percent and download speeds decrease approximately 30 percent. In Italy, especially hard hit by the virus, data traffic increased more than 109 percent, with download speeds sinking approximately 35 percent. And, as widely reported, Netflix and YouTube reduced default streaming quality in Europe and elsewhere to relieve the strain of unprecedented usage on some local ISPs’ networks.

BroadbandNow has tracked internet speeds across the top 200 most populous US cities and found that in some cases internet speeds have slowed to a crawl. More than a third of these have experienced median upload speed decreases of 20 percent or more below the range of previous weeks in 2020. Washington, DC; Rochester, New York; San Jose, California; and Scottsdale, Arizona, are all experiencing median speeds that fall 30 percent or more out of range from previous weeks. Saint Paul, Minnesota, with a population of just over 300,000, has recorded decreases in internet speeds of 40 percent or greater.

Globally, internet traffic is 25 to 30 percent higher than usual. Moreover, what we’re doing online is also changing. It’s not all “Tiger King” binge-watching or TikTok video sharing. Along with streaming and social media, such services as video conferencing, cloud collaboration tools, Virtual Private Networks, distance learning portals, telemedicine, and cloud gaming have all seen unprecedentedly high usage levels as we struggle to maintain our businesses, education, health, and spirits in this changing online world. These are just a few examples of the applications and workloads that are driving and accelerating that data gravity shift to the edge.

The CTO of one leading US-based carrier has stated that all trends point to higher levels of network usage that will continue for the foreseeable future, even as stay-in-place restrictions are lifted over the coming weeks and months.

Put another way, the internet, a network of networks, has been undergoing a litmus test that points toward the urgent solution necessary for optimal performance in the near future: a rearchitecting of the internet.

From what we’ve learned during the pandemic, there is little doubt that the operations and service strategies of data centers, carriers, cloud, and Over-the-Top content providers will be forever altered. In fact, given the coming data traffic tsunami that is expected with the wider adoption of such next-gen technologies as IoT-enabled devices, autonomous vehicles, augmented and virtual reality (AR/VR), and smart city applications, we’ve been granted a look at the challenges just around the bend.

As the volume, velocity, and variety of data traffic flows have increased, we’ve seen bottlenecks at the edge. Moreover, traffic flows are now multi-directional, shifting the gravity of data and compute from the core of the network to the edge. Legacy network models were not built for and cannot support these traffic flows and data volumes at the level of performance and quality of experience that we have come to expect and increasingly rely on.

By processing data closer to the source and prioritizing traffic, edge computing reduces the amount of data flowing to and from the core network. Occupying the lowest-latency point of demarcation between service delivery and consumption, the edge moves compute and data storage closer to end users, enabling higher capacity, lower latency, reduced transport costs, and increased data security. This last point cannot be overemphasized, as cyberattacks against remote access and teleworking infrastructure have risen substantially in recent months, and the attack surface of the Internet of Everywhere will present a formidable challenge to protect from bad actors in the near and long term.

Companies can greatly reduce the distance data must travel before services can be provided via edge data centers, leading to lower latency and improved performance. One lesson that the current crisis has taught us is that the edge and the core network must work together to satisfy enterprise and end-user needs for high-speed connectivity and quality of service that are capable of supporting business-critical applications and bandwidth-intensive content.

It’s also become apparent that in order to alleviate global network congestion and solve computing and networking challenges, enterprise organizations, edge data centers, and cloud and content service providers will have to collaborate to ensure the current network vulnerabilities aren't repeated, and join forces in solving these issues for the future. The solution is to be found in a new network model, supported not only by the cloud, but by edge data centers that provide peering in Tier 2 and Tier 3 markets, ranging from hyperlocal micro-edge data centers to hyperscale facilities and everything in between. Together, they will form a highly interconnected mesh of data center infrastructure that can support the shift in data gravity – well into what is promising to be a faster, richer, and more exciting future for the internet and everyone who relies on it.