No Need to Worry About "Legacy Loss"

Did you know that the computer system responsible for the American nuclear arsenal still runs on 8-inch floppy disks? 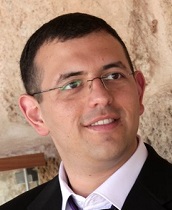 About 20 years ago, I had a Celeron 800 MHz computer with 386 megabytes of RAM. Never would I imagine that one of my biggest challenges today would be to fit software onto something with the same capacity.

Nearly two decades later, how can we get the most out of legacy hardware? The ability to master this skill will determine how organizations will navigate the next generation of technology.

Did you know that the computer system responsible for the American nuclear arsenal still runs on 8-inch floppy disks? Most kids today don’t even know what a floppy disk is. Here’s another one: The IRS still uses systems built in the 1980s. Even large enterprises are using computers that need Windows Vista.

There are two main reasons why older machines still command real estate in the server rooms of large enterprises worldwide:

Even if the next “I gotta have it” technology comes out in two years, it makes little sense to waste your support. And if you do use something new, the older machines will be used for something else. There will be a point where you have a lot of machines five- to 10-years-old still in use.

According to Moore’s Law, every two years the computing power of a computer processing unit (CPU) will double. That implies that for every four years, a new computer experiences a “legacy loss” of being 25 percent as powerful as its modern-day peers.

Moore’s Law has held steady for the last half-century. A software developer could develop a piece of software knowing that by the time it went into full production, it would be working much faster than originally planned over stronger hardware. However, as transistors shrink in size to mere atoms, the limits of physics and research costs are preventing CPUs from doubling in power just as fast.

As time goes on, the impact of legacy loss will continue to diminish.

If computing power is at the end of the road, how do you continue to improve performance? Focus on making the most of the resources you already have. Resource utilization is the new priority. The challenge is to get applications running as close to 100 percent capacity on every machine in use.

Software running on a five-year-old machine utilizing all of its memory, disk i/o, network bandwidth and CPU can outperform the same application underutilizing a machine fresh off the assembly line. To work faster on legacy hardware, the applications of today need to work smarter. This is a matter of design and logic. How can processes within a database, security system, even the application itself be remodeled to work more efficiently? What rules can be changed to boost performance or cut execution?

The best developers will reinvent the wheel not to fit it on a new model, but get better mileage out of the current one.

Legacy’s Legacy for the Future is Bright

While there’s a lot of chatter about the death of legacy systems, it’s all over-hyped. Before running to put all of your financial resources and manpower into brand new technology, stop and think about how you can use what you already have. Your budgeting team will thank you.