IT Bling and the Workload

A data center that is designed with flexibility really doesn’t have a life expectancy. 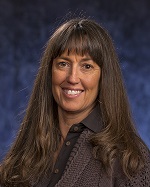 Sandi Renden is Director of Marketing at Server Technology.

“Executive Jewelry” was once the name given to high-end ultrathin and small laptops available only to senior corporate management. Carrying a thin notebook was a sign of prestige. But bling fades and this is no longer the case with the widespread adoption by PC OEMs of Intel’s Ultrabook platform and the migration to smartphones that began in 2007 with the launch of the first Apple iPhone.

With compute loads shifting away from the desktop to the data center, desktop and notebook PC refreshes are pushed out or foregone altogether. So where has the workload gone? The rise of virtualized and containerized software applications, combined with the “everything-as-a-service” offerings available on Amazon, Microsoft, and Google cloud-based solutions, has taken away the need for many enterprise data centers that were once viewed as being strategic for workloads. Why? Because cloud computing delivers flexibility, speed, and scalability, while providing an alternative to committing large amounts of money to capital investment required to support data center ownership.

Today’s revolving IT bling includes disposable high-end smartphones that have a two to three-year life span. The growth of smartphone adoption has been heavily reliant on the growth in high-availability cloud infrastructure. Whether a smartphone is running Android or iOS, smartphones are dependent on the constant availability of wireless internet access that is piped into large, centralized, cloud data centers belonging to Google, Microsoft, Apple, Facebook, Baidu, Alibaba, and Tencent. These cloud juggernauts deliver on the promise of mobile-first applications that support content creation and consumption, social media, instant messaging, travel, banking, and e-commerce.

All Bling Goes Out of Fashion

In 2000, the PC industry was already 18 years old. Several years earlier, Dell had introduced its line of rack-optimized PowerEdge servers for the data center. The 32-bit single core Pentium III and Pentium III Xeon were the processors of choice and servers offered up to 16GB of ECC SDRAM inside a 7U box. Bye, bye 32-bit bling—now, more than one million new servers are being sold each quarter according to IDC and Forrester, principally into the hyper-scale cloud service providers and large enterprise data centers.

Good news is that other parts of the IT infrastructure within the data center have not needed to be replaced as often. Generators, UPS, battery banks, and IT racks have a longer service life than the servers. Even the building themselves are being reborn. Cities and states across the U.S. have already taken on the challenge presented by Greenpeace, and are offering incentives for data centers to reuse existing buildings. A real-world example of this can be found in Chicago, where six buildings that once processed checks, baked bread, and printed Sears catalogs are now streaming Netflix content.

The Power of New, Flexible IT Fashion

In 2015, DataCenterKnowledge.com published an article titled, “Where Will Your Data Center Be in 20 Years?” According to Pitt Turner, executive director with the Uptime Institute, quoted in the article, there is no set lifespan to a data center. Turner says, “A data center that is designed with flexibility really doesn’t have a life expectancy,” and that “Over the life of the data center, you need to replace the capacity components just like you replace the tires on your car.” He further emphasized that “Chillers, UPS, that sort of stuff, needs to be replaced and you have to have a data center infrastructure that will allow you to do that.”

Turner was on to something. Forward-looking data center designs need components that are easily serviced, easily reused, and/or easily recycled. Utilizing standard 19” IT racks means that they can be sold off to another data center for re-use at the end of a data center’s life, or that the metal can be sent out for recycling. Rather than using rack power distribution units (PDUs) that are custom for a given rack configuration, choosing a PDU that offers flexibility down to the outlet level can enable different rack elevations to be built over time and help avoid having to rip and replace the PDU to accommodate an equipment change in the IT cabinet.

There are innovative outlets on the market that work as both a C13 or a C19 outlet, meaning the PDU doesn’t have to be replaced just because two single U servers using C13 outlets were pulled out to accommodate a 2U AI accelerator box that needs a pair of C19 outlets. Instead, these PDU outlets can support the new configuration without requiring adapter cords or replacing the PDU. This flexibility works well for the dynamic data center that is required to make rapid changes driven by data growth or changing workloads, and it helps avoid sending another PDU into the E-waste stream by making a single power strip that can be used in a broader variety of applications.

These flexible, high-density power distribution units are well suited for dynamic data centers where frequent hardware change is occurring; lab environments where gear is brought for proof-of-concept or development; where both outlet density and power density are issues; and the rack level plan is not known until the last minute.

Data centers are not static environments. Just like fashion cycles, they are dynamic in nature with ever-changing workload needs. However, it is important to note that not all workload expansion is going to the cloud. For workloads not processed in the cloud, data center operators find themselves accommodating denser hardware in the form of new drives, CPUs, memory, AI accelerators and networking topologies. Needless to say, a flexible infrastructure is crucial to the long-term data center reusability. Fashion is fickle but your data center does not have to be—make these present-day data center innovations the new “IT Bling” to brag about.