Deploying applications in a composable data center will make it easier for IT to meet the needs of the business, while increasing speed to deployment. 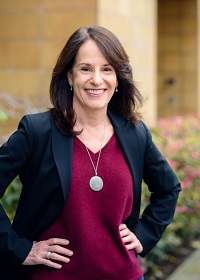 Throughout the evolution of data center IT infrastructure, one thing has remained constant. Once deployed, compute, storage and networking systems remain fixed and inflexible. The move to virtual machines better utilized the resources on the host system they were tied to, but virtual machines didn’t make data centers more dynamic or adaptable.

In the era of data-intensive computing, IT needs to find ways to quickly adapt to new workloads and ever growing data. This has many people talking about software-defined solutions. When software is pulled out of proprietary hardware, whether it’s compute, storage or networking hardware, then flexibility is increased and costs are reduced. But when the software-defined solution comes as a highly integrated stack (as it does with HCI), it undermines that key value. With next-generation composable infrastructure, software-defined takes on new meaning. For the first time, IT can create and recreate logical hardware through software. And the benefits are enormous.

Composable also supports IT’s move to more flexible and speedy deployments through DevOps and the much more dynamic virtualization with Kubernetes and containers. These new and changing data-driven workloads are pushing IT to shift compute and storage infrastructures away from static, fixed resources. These modern applications and deployments require modern infrastructure, driving the emergence of Composable Infrastructure – and it promises to address the exact problems that traditional data centers cannot. In fact, for the first time, using composable infrastructure, any data center can become an elastic cloud. But what exactly is Composable Infrastructure and how do you implement it?

Create Your Own Servers with Composable Infrastructure

Composable Infrastructure is next-generation server infrastructure that provides the ability to flexibly create, adapt, deploy and redeploy logical servers using pools of disaggregated, heterogeneous compute, storage and network fabric. With Composable, you can simply and quickly program exactly the servers needed per application or workload, and eliminate stranded resources across clusters. Composable gives you cloud agility and scale, and fundamentally different economics.

Data-intensive computing deployments are commonly deployed on direct-attached-storage (DAS) servers in high scale clusters. The cloud giants drove this design to significantly lower costs and maximize performance (with the compute and storage co-located) as their analytics programs grew very large.

Today, it’s apparent there are significant downsides to the DAS deployment model:

Composable data centers eradicate static infrastructure and impose a model where hardware is redefined as a flexible, adaptable set of resources composed and re-composed at will as applications require -- for the first time giving the concept of “infrastructure as code” a reality.  Composable Infrastructure platforms enable users to create logical servers that seamlessly scale into massive clusters for application deployment. It’s also simple to use and fully automated.

The composable block components can be achieved by using disaggregated, heterogeneous building, requiring just a single diskless server SKU and a single JBOD (Just a Box of Drives) or eBOD (Ethernet attached Box of Drives) SKU to create an enormous array of logical server designs. Failed drives or compute nodes can be replaced through software, and compute and storage are scaled or upgraded independently. And with the ability to quickly and easily determine optimal resource requirements and adapt ratios of resources for deployed applications, composable data centers won’t leave resources stranded or underutilized.

Today, most data-intensive applications run in siloed clusters which exacerbate the effects of stranded capital and cause operational complexity. Look for composable solutions that eliminate the need to create many isolated clusters to support the “optimal” pre-configured SKU per workload. Composable creates cost-efficient, elastic cloud infrastructure in any data center by enabling many different applications and workloads to run in the same cluster, each with its own logical server design that can be adapted on the fly, all securely separated with no ability to impede upon each other’s resources.

By using comprehensive Composable Infrastructure with its flexible design capabilities, you can add both HDDs and SSDs to the same compute node, create all-flash storage designs or build massive-scale object stores. This makes composable solutions perfect for big data analytics, machine learning, tiered storage, cold storage, high performance NVMe storage, as well as, storage as a service and an array of additional use cases.

Getting Started With Composable Infrastructure

Composable Infrastructure is built to meet the scale, performance and high availability demands of modern applications while dramatically lowering the cost of deployment.

Moving from static to fluid infrastructure may sound like a big jump. But composable doesn’t require a forklift upgrade. Composable Infrastructure can be easily added to a current cluster and used for the expansion of that cluster. It’s a seamless way to get started and to see cost-savings on day one. As the business asks for more digitization and more analytics workloads, you’ll be able to meet the requests without overrunning your budget.

Deploying applications in a composable data center will make it easier for IT to meet the needs of the business, while increasing speed to deployment and lowering infrastructure costs. Efficient and seamlessly scalable operations will enable IT to respond quickly to the need for data-driven companies to reap the benefits of big data analytics, machine learning and IoT. Once you experience the power and control provided by Composable Infrastructure, your static infrastructure will leave you feeling trapped in the past.

Industry Perspectives is a content channel at Data Center Knowledge highlighting thought leadership in the data center arena. See our guidelines and submission process for information on participating