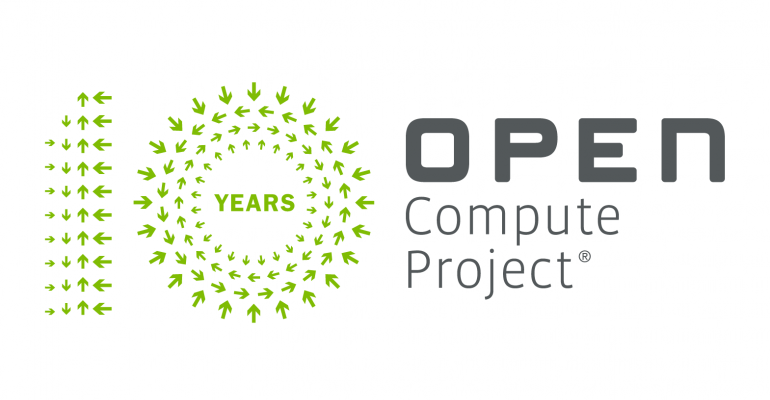 Today, over 8,000 engineers are part of the OCP community working across all aspects of data center computing. 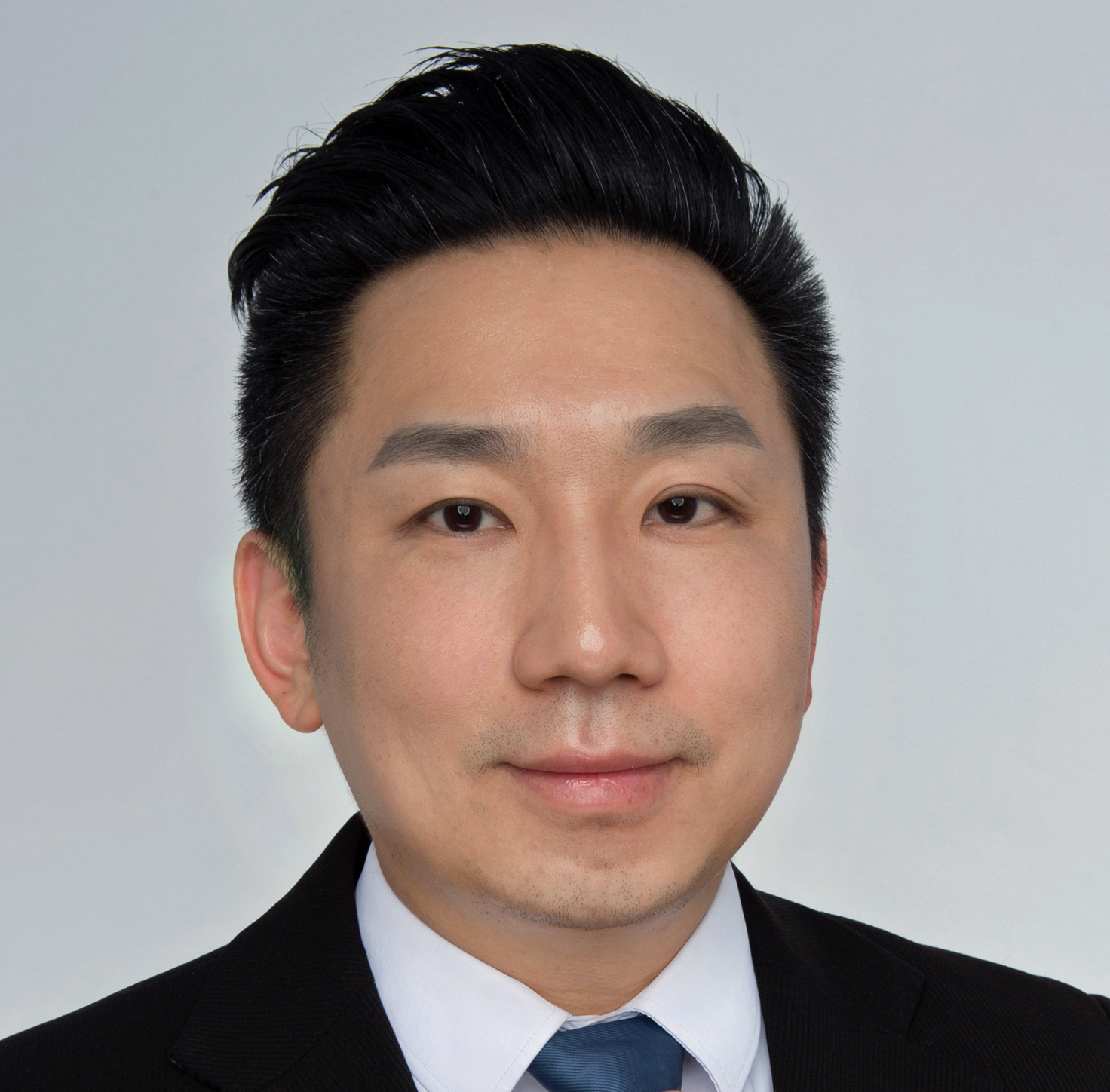 In 2011, the Open Compute Project Foundation (OCP) was founded with the goal of relating to the world the advantages of open source and open hardware collaboration and to accelerate the pace of data center innovation.

This community has been working together to develop and advance the use of technology to efficiently support the growing demands on compute infrastructure. Some of the world’s leading experts from Inspur Systems, Intel, and NVIDIA joined OCP spokespeople during its 10th anniversary for a panel discussion about the initiative and what it has achieved so far, especially how it is creating efficiencies in cost and evolving to meet the needs of the eco-conscious data center.

Over the past 10 years, OCP can look back on a long list of accomplishments, first and foremost, how the community has grown over that time. At its origin, OCP was a handful of companies working toward the same goal of optimized computing, storage and networking devices. Over time, OCP could draw from the knowledge of leading companies that came on board and jointly develop optimized solutions to power next-generation data centers, including Arm, Facebook, Google, HPE, Inspur Systems, Intel, Microsoft, NVIDIA and others. Today, over 8,000 engineers are part of the OCP community working across project groups that look at all aspects of data center computing, including facilities, servers, hardware management, rack and power supplies, artificial intelligence, and strategic initiatives. Today, OCP is one of a handful of groups with a mission to support open source product development and data center standardization.

The concept of open compute is so important and since its founding, OCP has gained participants from all over the world with increasing momentum. OCP boasts member companies from a realm of technology sectors and verticals including retail, telecommunications, and oil and gas. The variation in the member companies adds heft to the reputation of OCP, and its exposure to companies with varied strategic approaches has led OCP to being the catalyst for improvements in service providers’ business models. It is a testament to the advantages of the open compute initiative that today there are more than 30 different types of resellers that provide local managed services around open compute—from component suppliers to full rack systems integrators—across the globe.

Technology has advanced at a feverish pace, especially over the past few years. The need for increasingly complex computation has driven the adoption of artificial intelligence. Data centers have kept up to support this level of computing, but it has been a challenge to create a scalable yet sustainable infrastructure to meet the continuous demand. OCP has organized several projects to rally the expertise within the community to produce a computing infrastructure to meet this need.

Of course, OCP is first and foremost about driving awareness and adoption of open compute. Sharing the advantages of open compute is paramount, and ensuring that all potential customers understand the benefits of open compute from smaller deployments to hyperscalers. The advantages when pointed out are obvious. Out of the gate, SMBs and start-ups can build on other companies’ designs and add their own technology as needed instead of building hardware from scratch. This obvious advantage has created a large market and increasingly companies welcomed open hardware designs. The shift from the idea that proprietary hardware was an imperative to acceptance and adoption of the open-source offerings was a key moment for OCP.

The teamwork within OCP means rapid innovation as ideas are shared and implemented. This brings about highly optimized solutions for data center racks. This lightning-quick innovation is stellar, but comes with an entry barrier for those who did not buy by the rack. Today, the OCP is concentrating its efforts on the implementation of open compute models that go past the rack level.

Security is also a major issue, maybe more so today than ever before. Ransomware and other security threats are an issue for open source platforms and products. Open means allowing for a number of people to have access to the same technology—by its nature open is more vulnerable to virus attacks. These vulnerabilities are being addressed with an urgency equal to other priorities at OCP.

Power consumption is a massive challenge for the data center. The Borderstep Institute notes that Germany’s data centers consumed over 16 billion kilowatt hours of electricity in 2020, a 7% increase over the year before. Data centers generate millions of tons of carbon dioxide, sulfur dioxide, and a massive amount of heat. What’s next is the creation and ubiquitous adoption of the data center that consumes less power while at the same time supports highly efficient computing.

There is undeniable consensus across the globe that it is an ecological imperative for data centers to reach carbon neutrality in the next two or three decades. In fact, Germany’s Climate Protection Act 2021 calls for 65% less carbon emissions by 2030.

The rise of the green data center

Open computing’s increased adoption has occurred, in part, because of the need for a more efficient data center. The knowledge contained within the open compute community can help speed the adoption of IT infrastructure with a lower total cost of ownership. Spending can be reduced as decisions are made on which products should be produced in bulk. These choices will set up the base for the common building blocks that can be reused, increasing the product reliability and lowering the cost. At the same time, the open compute community continues to innovate and create solutions that reduce the cost for power delivery and cooling operations. According to Omdia, open computing equipment can save more than 30% of capital and operating expenses. The advantages of open computing support global carbon reduction imperatives - reducing energy consumption and cutting down operation costs compared today’s traditional data centers.

It is likely no surprise that the telecommunications industry has been at the forefront of open hardware and software deployment as the consumer interacts with this innovation and advancement with every new phone purchase.

OCP initiated a project focused on data center technologies for telco companies and leading companies including Deutsche Telekom, AT&T, Verizon joined with product leaders like Nokia, Equinix and Nexius. This new set of telecommunications companies were interested in modular hardware, looking for ways to achieve an optimal total cost of ownership. Telecoms that embraced a centralized power supply, and modular hardware design were rewarded with a significant decrease in power consumption, while at the same time, more space on the data center floor. Other industries such as financial services will likely see the advantages and increasingly embrace open hardware in the near future.

Open computing accelerates the adoption and installation of technologies like AI and edge computing. There are projects in the works at the OCP that focus on AI, and edge computing with the research leading the way in advancements in high-performance and energy-efficient AI servers that provide the computing needs for these technologies. Ongoing research will lead to the next-generation products, standardized accelerator modules, simplified artificial intelligence infrastructure design, and achieving large-scale adoption of the supporting equipment.

Open Compute is good for everyone

The open compute community’s close collaboration and joint research brings important and meaningful developments that go beyond the data center. OCP is helping solve issues that the world is facing today, such as solutions that can detect viruses with a global database that analyzes data to help scientists and healthcare professionals make informed decisions on what comes next. These kinds of projects go beyond simply supporting the advancements of technology, requiring input from other disciplines such as biology, chemistry and medicine.

OCP is growing, and open computing will remain one of the most important factors in the further advancement of IT infrastructure. The imperative reveals itself in the critical carbon reduction it supports as well as the massive cost saving benefits for organizations that embrace the paradigm. OCP is interested in solving global issues and its community brings a world of expertise to bear on several fronts.

Alan Chang is Vice President, Technical Operations at Inspur Systems, with more than a decade of experience in server product planning and account management in OxM. Having served in various roles from software programmer to hardware product planning, Alan has a diverse skillset that is unique in the data center industry.  Alan has contributed to the Open Compute Project (OCP) from hardware design to marketing collaboration and beyond. He is a passionate advocate for the open hardware communities and architecture of next generation solutions in Artificial Intelligent (AI) and 5G networking.