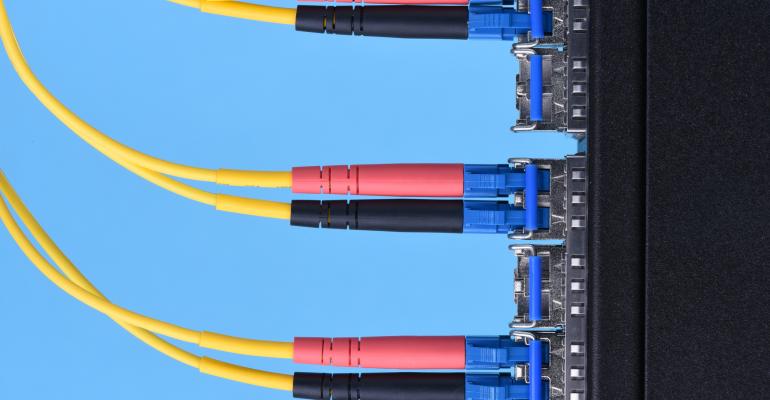 Analysts at brand-name research houses get it wrong. 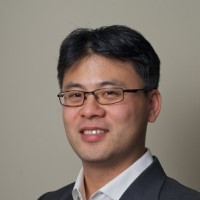 There continues to be a conversation around what the emergence of edge computing will mean for the wider cloud computing and infrastructure services market. In this article, we take a close look at the recent predictions from a Forrester Research analyst and compare with similarly dubious commentary from a Gartner analyst a few years back.

Forrester Research. Forrester claims edge computing will hit an inflection point in 2021 and its emergence will moderate cloud growth. Quoting the analyst: edge will “siphon off some of the money that would otherwise have gone to cloud expansion” (in 2021).

An inflection point suggests a significant and meaningful change of direction or pace. Nothing that has happened these last few years would suggest we are on the precipice of something like this in 2021. In fact, it is likely to take some time longer. Some of this boils down to definitions. Edge computing has been around for a while if you think about what CDNs have been doing and what data centers and MSPs have done in second-tier markets. None of this is going to suddenly change direction in 2021, and it certainly did not just emerge.

It is reasonable to expect an uptick in growth and demand, but nothing out of the ordinary is expected; just the usual consistent and incremental trajectory the infrastructure services industry has been known for. If we think about edge as smaller increments of compute, housed in micro data centers in farther-flung locations and near strategic connectivity points like wireless towers of fiber pathways (call this a more “exotic” notion of edge computing), we are still not anywhere near an inflection point.

Over the last few years there has been tangible movement, and POCs appeared in 2019 and continued through 2020. 5G roll-outs have begun. But that is precisely where edge computing is, as we move into 2021: at the POC stage in a very limited number of locations, with a handful of specialized vendors and service providers working on this stuff.

On the demand side, there is still only a small subset of applications and workloads that are even ready for this. The next generation of applications spoken about so often are coming, but they are not here yet. And without the demand, there will not be a buildout of supply to spark meaningful growth.

The edge computing ecosystem is coming together, but all the disparate pieces are still very much getting to know each other. None of this feels like an inflection point. If anything, it is the start of something that could take the better part of the next decade to hit a point of critical mass.

Edge will not be moderating cloud growth. The notion that edge will moderate or cannibalize cloud growth at any consequential level is just plain misguided. Never mind that the analyst is predicting it to take a big bite out of public cloud growth! This applies if we think about edge computing either in a more “traditional” sense or as the newer edge scenarios still on the drawing board.

The prognosis is faulty because the Forrester analyst appears to have fundamentally misunderstood how cloud and edge work. In traditional edge computing models like CDN, growth at the edge happens because of centralized cloud growth, not in spite or separate from it. Content providers, for example, build around the core first and then push to the edge through CDN. The latter does not happen independently without the former (with only very few minor and localized exceptions). The fact is edge is not something that exists on its own. It is highly dependent on and a byproduct or extension of the core.

With edge computing in the newer scenarios, this is even more the case. Distribution of infrastructure between a core and edge is mostly about separation of functions to maximize end-user performance. The two work in tandem and not at the expense of one other. Edge computing deployments are being built closely integrated with connectivity hubs at the core, so that primary or public cloud infrastructure can be easily accessed. And this will, in turn, push cloud (and interconnection) growth – not cannibalize it! The whole idea of cannibalization just does not make sense here.

Back to the future. The debate around cloud and edge computing harkens back to the rise of cloud computing over a decade ago. Operators and investors alike were greatly concerned about the cloud cannibalizing traditional infrastructure service models like colocation, managed hosting, and dedicated hosting. It is fair to say that eventually there was some cannibalization, but it took over a decade to play out, and only at the scale that hyperscale platforms have recently achieved was this cannibalization most directly felt.

It is worth noting, for example, that even a segment like bare metal still has use cases to support and can continue to show positive growth despite all the headwinds. These are not shrinking industries like mainframes. Yes, cloud weakened certain infrastructure service segments, but overall, it has lifted the entire internet infrastructure ecosystem while bringing on change to others.

Could we see something similar play out in edge computing? It is not a perfect comparison. Public cloud was and is disruptive to traditional infrastructure models. Edge is more an extension or iteration of where infrastructure is going. That alone makes the notion of edge cannibalizing cloud – and actually moderating its growth trajectory – unlikely if not entirely impossible in the short term.

Gartner’s comments have not aged well. Gartner has made similarly bold statements that just don’t stand up to scrutiny. Back in 2017, a Gartner analyst claimed in an article: “there’s another trend that will shift workloads and data and processing and business value significantly away from the cloud. The edge will eat the cloud.

And this is perhaps as important as the cloud computing trend ever was.” We’ve addressed above why this is a misguided point of view. Edge computing is not eating cloud and this is not a zero-sum game.

The edge and core (cloud) will work together and often mutually benefit with the effect of the rising tide lifting both boats. The analyst goes on: “cloud computing providers are really good at managing their standardized, centralized, massively-scaled data centers and control software. But the technologies for the edge will be completely different, much more dynamic, much more evolutionary and competitive.” This is a similarly baffling statement. It is not clear how the building-block technologies are going to be completely different and how they will be competitive. Edge computing is still about servers, power, cooling, terrestrial connectivity, interconnection, and real estate. Wireless connectivity and smaller micro data centers are the new building blocks, but they’re hardly new and imposing technologies that are going to fundamentally change things.

And how would “new technologies” be competitive? Would they make internet infrastructure obsolete and then irrelevant? That would have to happen if edge were to “eat the cloud.” And who and what are the mythical edge winners going to be? AWS is already pushing to the edge. It has Outposts, Local Zones, Wavelength, and now even smaller versions of Outposts that can fit almost anywhere. Microsoft Azure has Azure Stack and Azure Arc.

AWS is not moving to the edge because it is a new and shiny object that will disrupt its core cloud business. AWS is going to the edge because it knows it can drive even more cloud growth (infrastructure and uptake in machine learning and analytics tools). It just needs to extend and tap into the eyeballs at the edge, accumulate the data and get it back to the core. This is the essence of a close relationship and the antithesis of a zero-sum game.

Angle. When done in binary terms, commentary around edge computing is misleading. Both Forrester and Gartner are guilty of that here, and it probably should not be all that surprising. Many technology analysts come to cloud and tend to think in terms of disruption and obsolescence. They don’t think of cloud as an infrastructure business that is primarily about operational expertise, service delivery, and, well, infrastructure. For such analysts, the Blackberry is dominant one day and disappears the next. And so too will the cloud. It will be taken over by the next new thing: edge computing.

Some investors (non-industry types) have been guilty of this as well, as we noted a few years back when an investor tried to suggest the data center would just end up being obsolete with the accelerating progression of miniaturization. Internet infrastructure is fundamentally a different business. It is not subject to the same whims and cycles we see in other technology segments, which are more “pure” technology (such as with the BlackBerry example).

The edge is going to do some amazing things, but it is the logical next iteration of what is going to happen with cloud-based computing, and this process is going to take years to play out. It is the close and symbiotic relationship between the edge and core that makes it wrong to think in terms of winners and losers. The cloud was the disruptor (or maybe better described as a paradigm shift). It has won, and the edge is going to take things to the next level by reaching end users wherever they are or supporting the decentralization of applications to reach those same end users wherever they are. The cloud at the core remains the foundation of the internet infrastructure ecosystem.

Overall, do not expect anything out of the ordinary to happen in 2021 around edge computing. We’ll see more deployments, new markets will get more infrastructure, more partnerships will be established, and live customers will pop up at the edge. By and large, this is a market driven by hyperscale cloud. Don’t buy into the hype. Buy into the medium and long-term transition to a more complex and sophisticated way to delivery infrastructure to every end user, wherever they are, on a global basis.