Data is the New Oil: Five Reasons That’s Not Necessarily A Good Thing

Crude itself is a commodity: The techniques used to clean it, fractionate it into different products and distribute it is where the value sits. The same will be true of IoT.

Michael Kanellos is a Technology Analyst at OSIsoft.

If the dot.com era has taught us anything, it’s that you can go a long, long way by serving up well-honed clichés with great conviction. Give away the razor and sell the blade. It’s like Moore’s Law for breakfast cereals.  Green is the new black. And the old favorite, data is the new oil.

The data line, of course, underscores something that’s actually true. Data is valuable. Sifting through millions of data points has made Google a household word and changed everything from how movies get made to elections. We’re also on the verge of another technological era where people will be able to more easily capture and understand data motors, structural building supports and other inanimate objects to be able to reduce emissions and energy consumption, save lives and save time.

But there is also an ugly underside to the analogy, particularly in IoT, because:

Data Will Increasingly Come from Hard-to-Reach, Challenging Environments: Scraping data from a website to figure out the demographic profile of a shopper. Capturing thousands of signals a second from trucks driving in subzero temperatures to determine which one might explode in the near future is hard. IoT analytics will continue to get better. That will lead for a quest to ask more challenging questions and that in turn will mean going further and farther out to get data.

Its Value Will Range All Over the Map:  White House Utility District, a municipal water agency in Tennessee, has reduced the amount of water it loses through leaks by $1.6 million per year, postponed a $15 million upgrade and improved its credit rating by largely tracking a single particular data stream: the amount of water being consumed between 1 a.m. and 4 a.m. By contrast, Gartner says that some of the biggest data projects aren’t succeeding. Quantity won’t matter as much as qualitatively knowing what data is important and how to use it.

You’ll Need to Process and Refine It Before You Can Use It: Things generally emit time-series data, i.e. regular, time-stamped updates on their temperature, power consumption, rotational speed, any nearby vibrations and other status information. Not only it is overwhelming, but IoT data has to be put in context with other information before it makes sense: 87 degrees celsius could be an ideal temperature or the first sign of a looming disaster.

Everyone Will Need Access to It. Unless you’re in Oregon, you probably pump your own gas. In the future, everyone will be a knowledge worker. That means everyone will have to harvest their own data, which will require considerable back-end innovation. Put another way, today you might have this: 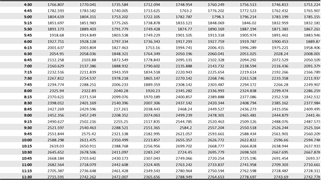 But tomorrow you’ll need this: 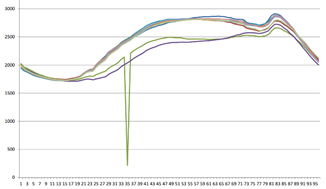 The Intellectual Property Is in the Process: Crude itself is a commodity: the techniques used to clean it, fractionate it into different products and distribute it is where the value sits. The same will be true of IoT. All HVAC systems say the same thing: how to exploit that to change energy consumption without impacting the comfort of people inside a building – and how to accomplish that in an efficient manner will separate the winners and also-rans. And, like in oil, data tasks will be split between owner-operators and sophisticated services providers.

If all the predictions are right though: It will dominate the economy for at least a century.