Cloud Gaming Relies on IT Infrastructure for Best User Experience

Colocating IT infrastructure in close proximity to network providers allows gaming businesses to put their infrastructure on the backbone of the Internet for speed, stability and growth. 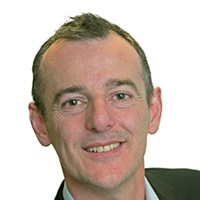 Cloud gaming, also known as ‘Gaming on Demand’ has become one of the entertainment industry’s hottest emerging markets. A number of industry players, such as Sony, Blade and NVIDIA, have been growing their offerings for some time as they vie for a share of the market. Adding to the fierce competition for this sector, Google recently released Stadia and rumors are circulating that Amazon is also looking to enter the market. And with the heavy hitters of Microsoft and EA now looking to launch their own services in 2019, the cloud gaming industry will continue to grow. Yves Guillemot, CEO Ubisoft, was even bold enough to predict in June 2018 that “game streaming will replace all gaming platforms”.

For businesses operating in the space, the rewards of developing a hit game are weighed against the risks of ever-increasing user expectations. Now more than ever, as providers vie for market share of the gaming community, user experience is key.  This experience depends on the underlying IT infrastructure that must process and execute gamer commands in near real time. Physical location of servers proximal to densely populated urban areas, access to a breadth of connectivity and quality of facilities all play a part in the success or failure of gaming companies in a winner-take-all industry.

What is Cloud Gaming?

Cloud gaming is a concept that allows the enduser frictionless and direct playability across various devices, whenever and wherever they want.

The actual game is stored, executed and rendered on the gaming company’s server and the video results are streamed to the end-user’s device over the internet. Button presses and inputs from the player are transmitted to the server where they are processed, before the server then returns the game’s response. It’s crucial that this process happens in the blink of an eye, with the average end-to-end latency for cloud gaming being around 20 milliseconds.

Gamers can play without downloading or installing the actual game, as they would do with a console title, as content is not stored on the user’s own hard drive. This allows gamers access to a range of titles without the need to own a powerful, high-end processing PC of their own, and instead means they can use a standard ‘low-end’ device such as a laptop tablet or even TV, with a good internet connection.

The gaming industry as a whole is booming, with competitive eSports on the rise and new technologies making the user experience more immersive than ever before.

The future of gaming will mirror video-on-demand services, with Cloud Gaming providing players new choices in when and where they play and giving game creators the possibility of reaching a whole new audience of users.

Stepping Up the Game

That isn’t to say that cloud gaming doesn’t provide a complex challenge for developers. Games are obviously designed to be interactive experiences, where the input of the player dynamically alters the outcome. Therefore, delivering a high-quality experience, often across a multi-user network and a multitude of devices, is dependent on low-latency video streaming and proficient processing of graphics and the player’s input decisions.

Gaming is a competitive marketplace, and low-latency is often a crucial factor in user experience as well as having a very stable Internet connection. Gamers can become incredibly frustrated having put a lot of time and effort into a game only to see them lose in a multi-player environment due to a lagging connection. These frustrations, particularly when shared in a social media age, can mean users migrate to new titles, competitor platforms and don’t return.

The gaming industry is also one that’s constantly moving. New games can quickly catch-fire and become viral sensations overnight. To adapt to such swings in demand, gaming companies need optimum performance along with high levels of resilience from their infrastructure. If a game they create becomes popular, they need to keep up with network demands. An example of one company that is showing the world that cloud gaming works and works well is a French company, Blade, with its Shadow offering. Blade allows gamers to rent a high-end gaming PC in the cloud for remote playing from a local low-end PC or device. Shadow is now live in several European countries including UK, Benelux, France and Germany.

Matching the volatile demands of gamers with the uncertain needs of the business requires a new approach to networking and data center operations. Colocating IT infrastructure in close proximity to network providers allows gaming businesses to put their infrastructure on the backbone of the Internet for speed, stability and growth. In turn, this allows them to optimize performance, maintain low-latency and provide the resiliency to cope with a sudden surge in users. Cloud gaming in particular is dependent on carrier neutral and carrier dense colocation facilities.

The flexibility of colocated infrastructure allows gaming companies to scale to the demands of hundreds of thousands of concurrent users, while maintaining low latency and the ability to match network resource to a game’s popularity.