AI and Remote Monitoring: A Match Made in the Heavens

Data centers on or near the surface to serve our long-term computing needs in extraterrestrial locales seem inevitable. 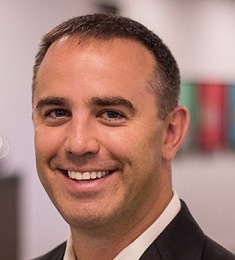 In 1969, Apollo 11 astronauts navigated to the moon punching basic commands into an onboard guidance system of a mere 64K memory. Soon its descendants will take us to Mars, packing teraflop-capable supercomputers to help. And the “intelligence” on board will no longer be limited to the human. AI is taking on an increasing role in space exploration and will be a vital component of the space-based data centers that will slowly but surely accrete in the final frontier.

AI may be emerging in the enterprise, but it’s commonplace for space. The Spirit and Opportunity rovers, launched for Mars in 2003, for example, were equipped with AI driving systems. And an AI companion akin to HAL from 2001: A Space Odyssey was tested aboard the International Space Station (ISS) last year.

In many ways, space AI is inevitable. Even on manned missions, navigational systems need to make instantaneous decisions impossible at the speed of human cognition and reflexes. And unmanned deep space probes must adapt on their own to investigate novel environments as they one day reach points beyond where communication is possible with ground control.

AI is also solving problems more familiar to earthbound IT professionals, such as managing network resources. For instance, competing demands left but minutes a day on the Space Network to communicate with those famous Mars rovers. Cognitive radio, which would tap AI to opportunistically use idle bits of spectrum, is being explored as a means to increase the data pipe. And Space Cloud is among the AI solutions being trained to sort data in search of valuable information, rather than transmit enormous raw files for earth-based processing.

Spooky Action at a Distance

Another hard fact of space exploration: remote monitoring. Only a small fraction of spacecraft carry people at all. From near Earth orbit to the moons of Jupiter, unmanned satellites and vehicles perform complex missions without the benefit of humans to flip a switch or relay an error report.

Even when people accompany the computers, there simply isn’t room to pack all the experts who could be useful. Astronauts are forced to serve as Jacks of all trades, backed by powerful systems to supplement their knowledge and capabilities. And so we are proceeding from health monitoring backpacks sending astronauts’ vital signs to mission control physicians, as some may remember from the Apollo 13 film, to remote, AI-integrated medical systems to guide astronauts in responding to emergency needs on Mars.

Similar applications are necessary to keep the computers themselves in good health. A Hewlett-Packard Enterprise (HPE) commercial supercomputer, which has been operating on the ISS for over a year, has needed four reboots so far. Autonomous software can handle some tasks, but over the long run, humans far away must direct the patches, repairs, and upgrades required to get the most lifespan and functionality out of systems we’ve spent the considerable time and rocket fuel to put into space.

Managing Technology Systems in the Great Beyond

With ambitious goals for the moon and Mars, will we be establishing data centers on or near the surface to serve our long-term computing needs in these extraterrestrial locales? It seems inevitable.

Among the greatest challenges of this endeavor—there will be no rip and replace. Technology assets will be sent piecemeal and computing centers will build up over time, with limited potential for hardware swap-outs. This is where composable infrastructure will play its part.

Enabling compute, storage, and network components to be treated as flexible resource pools, composable infrastructure will leverage AI to optimize utilization of scarce IT assets and extend the power of earthbound systems administrators to diagnose, patch, enhance, and operate the environment from millions of kilometers away. Under this model, hardware will be continually reincorporated to meet evolving needs, so that legacy technology decades out of favor here at home can provide value to those operating in the most remote destinations.

The software-defined data center is how we will make IT assets truly upgradeable and repairable from a distance. And this is where AI and remote monitoring will be a match made in the heavens, allowing astronauts to entrust most technology duties to the machines and earth-based engineers, while they themselves take on the truly important work associated with creating our next home on Mars.