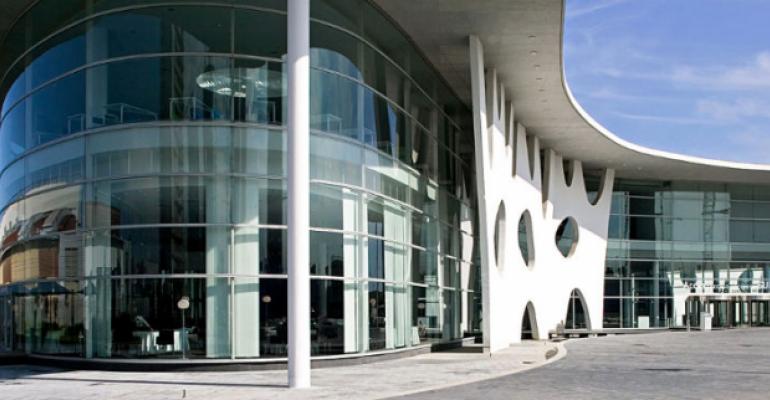 IBM and VMware have expanded their partnership to include new features for helping enterprises move to the cloud • The biggest additions include automatic failover within IBM Cloud availability regions and new support for containerized applications • VMware has partnerships with all major cloud providers and says it wants to be "cloud Switzerland," but it appears to have put the most effort into its tie-in with Amazon Web Services

IBM has made no secret of its intent to up its cloud moxy, especially with its massive bet on Red Hat. This week at VMworld in Barcelona Big Blue continued to feed the pot, announcing an expanded partnership with VMware focused almost entirely on hybrid cloud deployments and -- in contrast with the Red Hat deal -- focused on IBM's public cloud.

"With the latest advancements in our relationship, we’re making it possible for customers to move, modernize, and operate any application – VM or containerized, traditional or mission-critical – in the IBM Cloud," VMware CEO Pat Gelsinger said in a statement.

By maintaining and strengthening ties with cloud providers other than Amazon Web Services, VMware is making good on its promise to be "cloud Switzerland" in light of its big partnership with AWS, whereby the data center software company is providing cloud services of its own out of Amazon's cloud data centers, tightly integrated with AWS. That relationship is also expanding and accelerating, which VMware also touted this week at its big annual European conference.

Because VMware's technology is so ubiquitous, having solutions that include its products is a key part of the strategy for any company offering cloud solutions. Microsoft Azure and Google Cloud Platform also have partnerships with VMware.

For IBM, working with VMware is especially crucial. According to VMware, 100 percent of Fortune 100 companies -- most of whom will also be IBM customers -- use its products.

Interestingly, IBM's soon to be subsidiary Red Hat has been openly offering to cut VMware out of the picture with a straight-to-containers hybrid cloud solution that eliminates the need for VMware's or anyone else's proprietary hypervisor. Time will tell how IBM will walk that tightrope.

Its newly broadened partnership with VMware reads like a laundry list of ways to use the two companies' technologies in tandem, at the top of it a new cloud service meant to improve reliability and automate failover within an IBM Cloud region.

This solution combines IBM Cloud infrastructure, VMware software-defined networking, and Intel's Optane SSD storage technologies, along with tools for monitoring and troubleshooting cloud applications, to meet customer networking, storage, and resiliency needs. IBM is promising 99.99 percent uptime to users of the service, which will be available in all 18 IBM Cloud availability zones in the US, Europe, and Asia-Pacific.

There's also additional support for containers with the news that VMware vCenter Server now supports IBM Cloud Private Hosted, Big Blue's platform for management and orchestration of virtual machines and containers within a common security model and private network. IBM said the combination allows for containerizing stateless components of virtualized applications while maintaining stateful components such as databases within the VM.

"With these new services and solutions, enterprises can migrate and modernize their most important VMware workloads on the IBM Cloud in a highly secure, open, multi-cloud environment," Martin Jetter, senior VP of IBM's global technology services, said in a statement. "Our goal is to help clients reduce risk and prevent any disruptions in a cloud environment so they can remain laser-focused on innovation."

IBM and VMware are collaborating more in areas other than cloud as well. For on-premises workloads, VMware vRealize Operations, a single-pane-of-glass infrastructure monitoring and management product, is now available on IBM Power Systems servers.

"Instead of static drop-downs, now VMware customers can leverage Watson to quickly and easily communicate with the portal in natural language," IBM explained in a statement. "Watson is designed to detect product type and version, analyze issues, and match those issues with an expert engineer for faster resolution and a better customer support experience."

The hybrid cloud approach, which centers IT operations on an on-premises infrastructure while leveraging public cloud services, is a natural fit for IBM, because many of its customers are legacy enterprises that for a host of reasons cannot instantly move all their applications to public cloud.